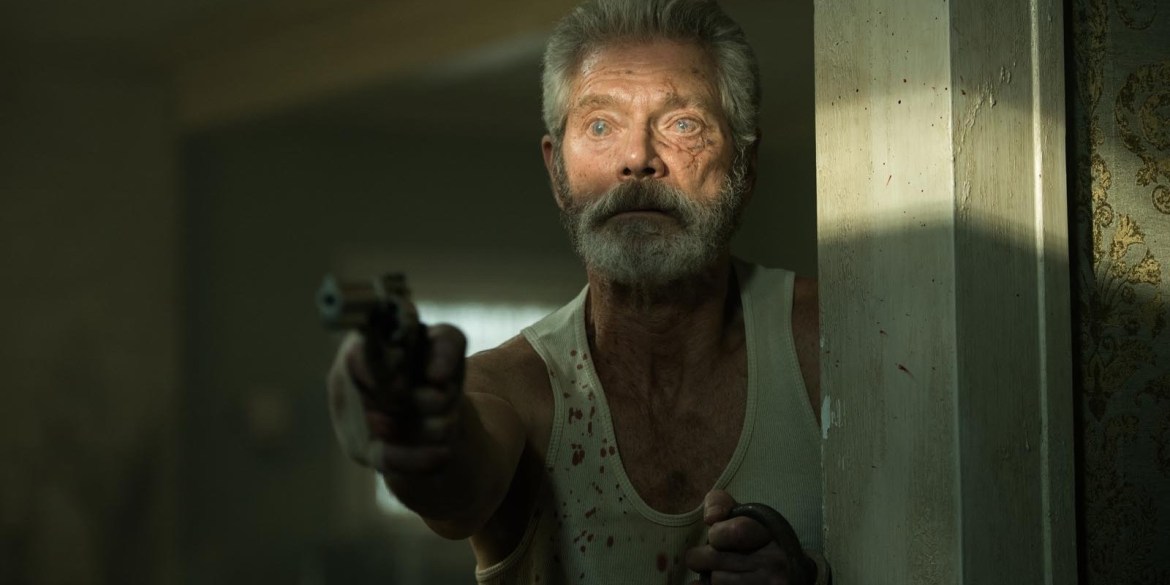 [EXCLUSIVE] Here Is What Stephen Lang Thinks About The Don’t Breathe 2 Script.

The original Don’t Breathe was a sleeper hit when it got released in 2016. Starring Stephen Lang in the lead role, the movie told the story of a deadly blind man hunting a group of petty criminals who broke into his home.

Now, the makers of the movie are planning on a sequel and it seems like the actor is impressed with the script for it. Lang revealed in a recent event that he has seen the script for Don’t Breathe 2, and thinks that fans are going to love it.

“I’ve read the screenplay [for Don’t Breathe 2],” he said, “and it’s really good!” Though the actor did not confirm whether his co-star Jane Levy will return as Rocky.

Co-written by Alvarez and Rodo Sayagues, the original Don’t Breathe was helmed by Fede Alvarez (Evil Dead). The movie had Jane Levy, Dylan Minnette, and Daniel Zovatto star in the lead roles of three delinquents who make a living by breaking into homes to steal. However, things take a turn as they breaks into the house a harmless blind man, played by Stephen Lang. After trapping them in the house with complete darkness, Lang goes on hunting out and killing each of the criminals. The thieves are left with no choice but to escape the darkness and the blind man.

Surprisingly, the movie turned out to be a pretty big hit and gross over $157 million in ticket sales. That too under a production budget of less than $10 million. The movie went on to earn the Best Horror Film award at the Saturn Awards and Lang also won the Best Supporting Actor award at the Fangoria Chainsaw Awards.

Don’t Breathe did left room for a sequel and given the potential for success, a second installment is inevitable. Now that Lang is onboard, we won’t have to wait long for Don’t Breathe 2.