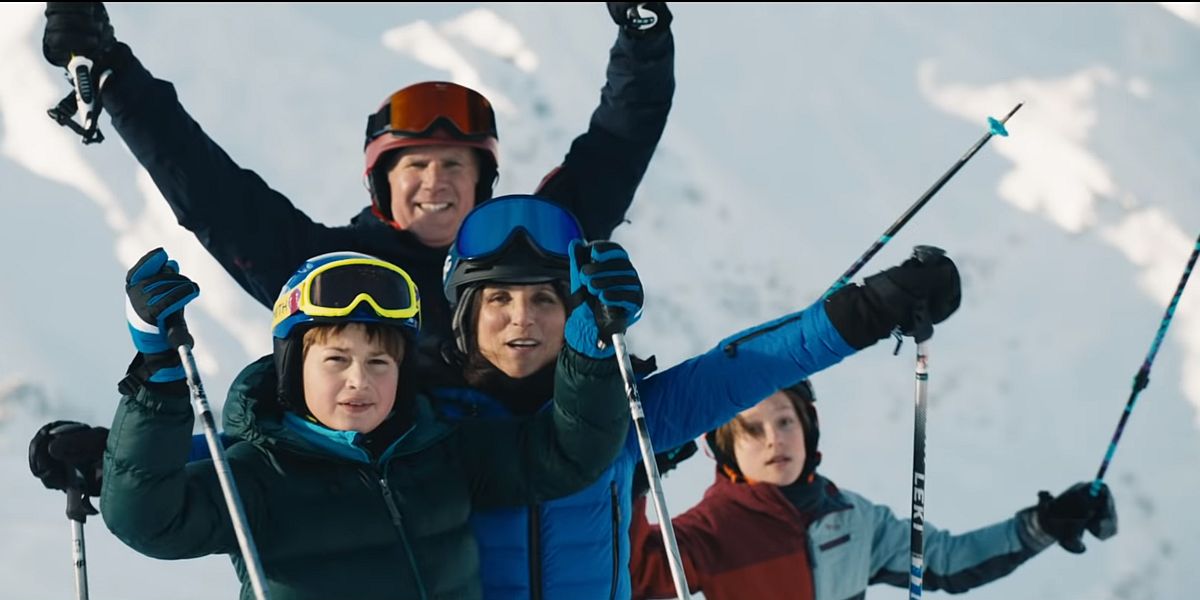 Downhill is the American remake of the  2014 award-winning Swedish film, Force Majeure. The original film was brilliant with its character interplay and biting dialogue. Unfortunately, the searing drama and dark humor of the original is lost in the new movie’s Hollywood remake.

For those who were expecting a bog-standard goofy chuckle fest, the movie comes with great disappointment. The movie entirely depends on marital tension and this limits the possibilities of humor.

The premise of the movie is actually great and fairly similar to the original. However, the writing and execution make the movie mediocre. This is surprising, considering the great talents involved both in front and behind the camera.

The screenplay co-written by Oscar-winning directors Nat Faxon and Jim Rash feels average. Their pacing, script, and casting are out of place and even the ninety-minute runtime is not enough to save the movie.

Downhill is about some serious themes. However, Julia Louis-Dreyfus and Will Ferrell are better known for their comedies. This contradiction is evident in their performances. The lack of chemistry between the two actors leaves the narrative slow and dry. Both actors seem to be too subdued within the characters.

Though the actors are great, it obvious to feel whether they are fit for the characters. The directors should have given them space for the actors to improvise. For many fans, this will the movie in which Julia-Louis Dreyfus and Will Ferrell are the least humorous.

The best part about the movie is the character of Louis-Dreyfus’ mother. She is the heart of the movie with some sensible pathos and relatable exasperation.  The majestic beauty of the Alps adds strength to the movie. For those who haven’t seen the original, Downhill will not be that much of set back.