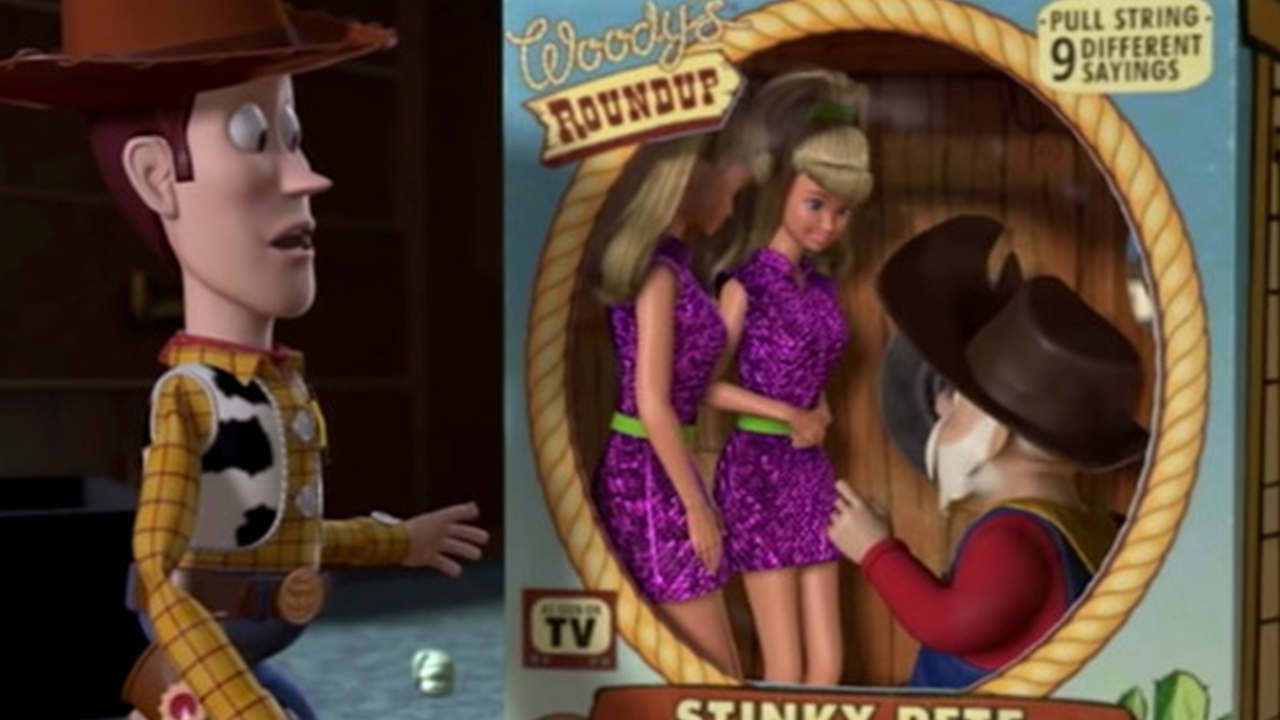 Toy Story 2 made a recent 4K release and some of the fans have noticed that one of the blooper scenes that featured during the closing credits was cut out. The scene involved the old prospector Stinky Pete being caught having a ‘questionable’ chat with the Barbie twins while the cameras were still rolling.

Pixar’s Toy Story movies are known for including fake outtakes in between the credits of the movies. Since the particular clip involves what appears to a ‘casting couch’ scenario, Disney might have thought that it might be best on their part to remove the scene from the new release.

The scene involves Woody turning around his box to reveal Pete inside with the twins. Pete flirts with the twins saying: “And so, you two are absolutely identical? You know, I’m sure I could get you a part in Toy Story 3… I’m sorry, are we back? Oh! Alright, girls, lovely talking with you, yes, anytime you’d like some tips on acting, I’d be glad to chat with you. Alright, off you go, then!”

It is obvious that the scene jokes on sexual misconduct in Hollywood. However, the exclusion of the clip has brought more attention to the scene than before. Some also pointed out that the scene hasn’t always been included in all versions of the film such as the DVD release.

Whatever the case may be, it’s surprising how the bad joke got into the beloved Pixar sequel, considering that the studio’s main realm involves mostly movies for children. Interesting aspects to be noted is that John Lasseter, who co-founded Pixar and wrote and directed the first two Toy Story movies, took a leave of absence from the company in 2017 after admitting to “missteps” with female employees.

Being in an era where abuse against women are being questioned loudly and boldly, it is appreciatable that a major studio like Disney took such a step. However, rather than correcting the mistakes that had happened already, it would be better if such huge production houses took effective measures of censorship and not let such content to be made.