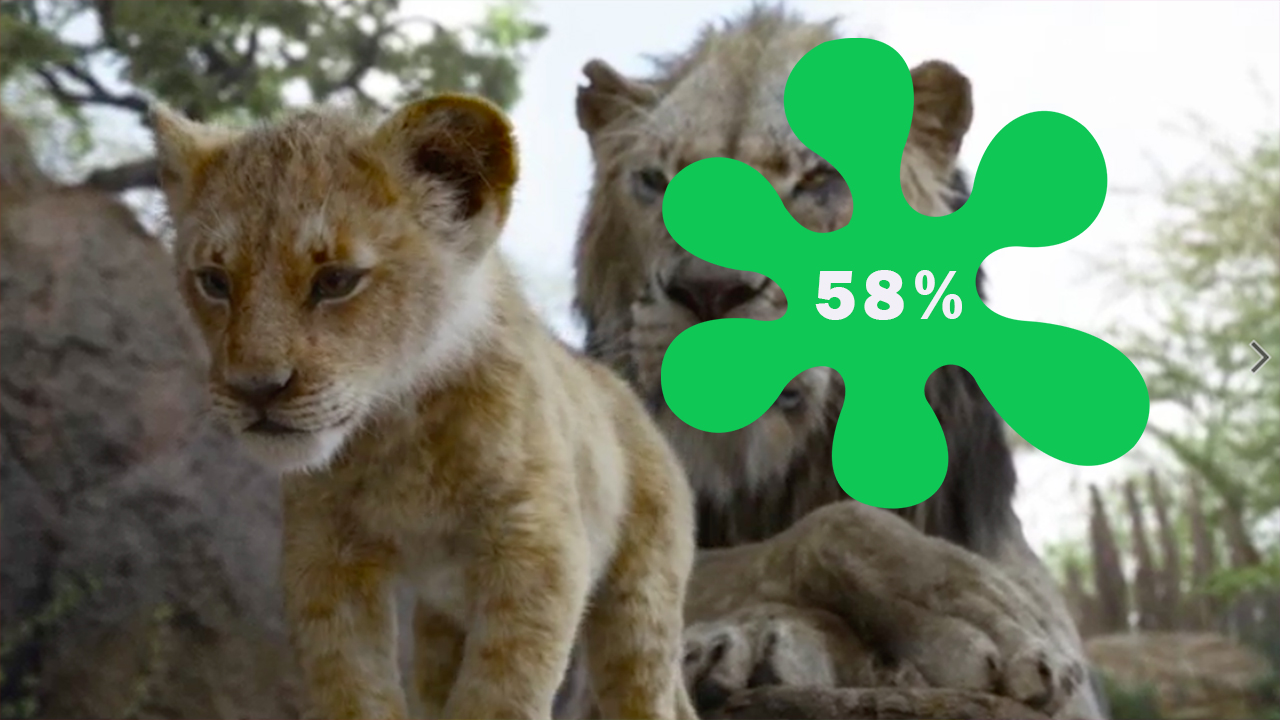 Disney’s new live-action film remake, The Lion King is gearing up for worldwide release in a week and the House of Mouse is already busy with the final lap of its promotional activities. However, things are not looking bright.

The movie was premiered in Hollywood on July 9  for critics and as the initial reviews are pouring in, Tomatometer had revealed the movie’s rating to be only 58%. According to the website’s rating system, a film has to get at least 60% to be ‘fresh’.  This means that the new version is downright ‘Rotten’. The assessment was taken from 89 reviews (so far) consisting of 52 Fresh reviews and 38 Rotten rankings (so far). The 1992 original animated feature had a Tomatometer reading of 93% coming from 127 reviews.

This is not the first time that Disney’s live-action remakes are having a rough patch with the critics. The over-dependence on CGI  and not story-telling is one of the recurring element for most Disney movies of the recent age. As a result, these live-action movies get less critical appraisal than it deserves. Recent examples are Dumbo and Aladdin, which got only 46% and 57% ratings respectively on Rotten Tomatoes.

But can critical reviews and ratings alone be enough to say The Lion King is going to be bad? After all, it all depends on how well the movie will perform at the box office. And Disney had already proved it’s the real king in that.  Dumbo, which was made at a $170 million production budget, brought in around $352 million worldwide. Guy Ritchie’s  Aladdin is at a current total of $925.3 million worldwide on a $183 million budget. So, its “Hakuna Matata” for Disney no matter what.

Whatever the case may be, within just a week’s time we will get to experience the movie and know it for ourselves.