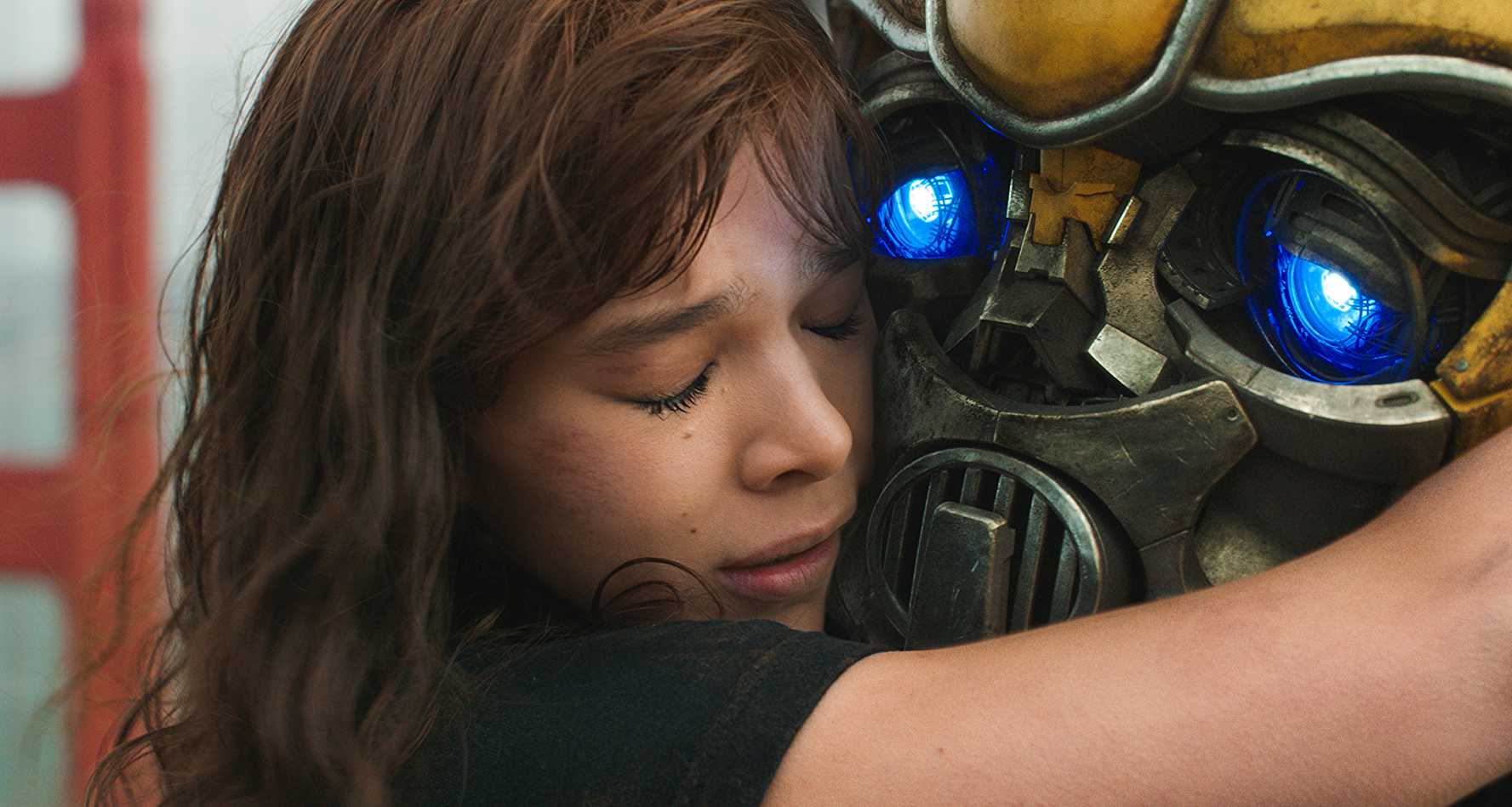 A war is raging on the planet Cybertron. Optimus Prime leads the Autobot rebellion against the tyrannical Decepticons. He sends his loyal soldier and friend, B-127 (soon to be called Bumblebee, voiced by Dylan O’Brien when he has a voice) to Earth, since Decepticons have not found it yet and it can be used as an Autobot base. Soon after he arrives on Earth, Bumblebee finds himself without a voice, on the run from the military and with no memory (that last part isn’t really explained). His mission: to protect the planet’s inhabitants and keep its location safe till the other Autobots arrive.

None of that is what the story is really about. Instead, it’s about Bumblebee’s friendship with highly skilled car mechanic Charlie (Hailee Steinfeld), who is learning to cope with her dad’s death, and it’s about how each of them grows because of that friendship. Think How to Train Your Dragon, Charlie is Hiccup and Bumblebee is Toothless. That description, to me, sums up both why this movie is so good and also where it falls short of greatness.

What director Travis Knight of Kubo and the Two Strings acclaim gets completely right with Bumblebee is the tone. He creates a playful 80s teen movie atmosphere that is perfect for this story, even in the midst of extreme peril. There’s a sweetness to the interactions between the leads, and they’re both so likable that you don’t question their immediate connection, you just root for them. And when the film seamlessly transitions to robot v robot action, Knight shows the same finesse with the camera that he did with Kubo, creating some kinetic, fluid (and also surprisingly violent) fight sequences.

Hailee Steinfeld, who plays a character not that different from her rebel teen character in The Edge of Seventeen, is just as great here, pretty much carrying the movie herself. Her arc is not particularly well-written, and her growth can feel a little disconnected from the events in her life, but her acting is always beautiful. She never lets one emotion define her, making all the sullenness and the excitement convincing as parts of the same person. I did not, however, get that feeling that I’m watching a real person while watching John Cena as the soldier who first encounters Bumblebee. He does well with scenes of levity, especially when his character is first introduced, but stumbles in more dramatic moments. 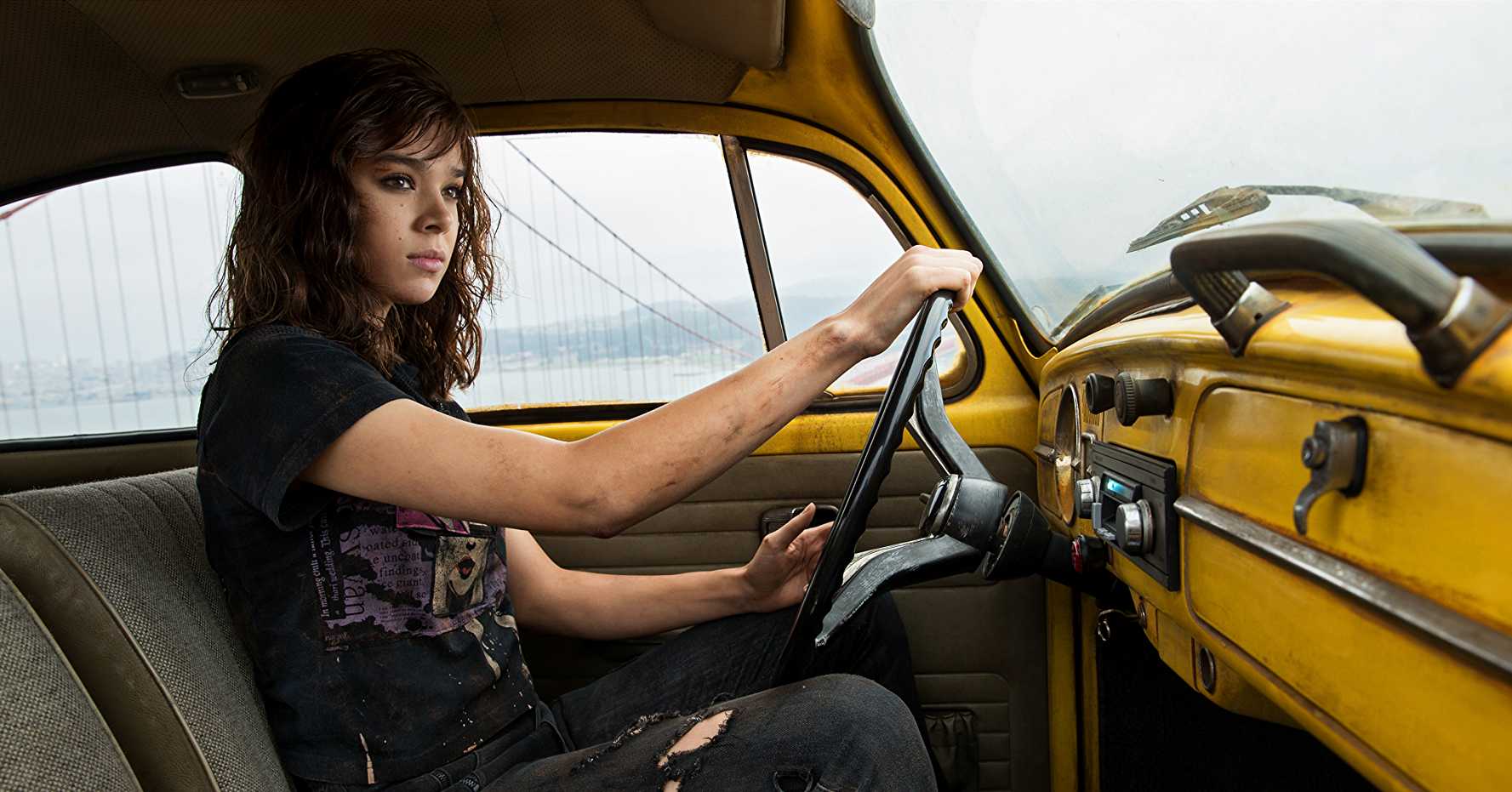 What did not necessarily work for me was Bumblebee’s memory loss, and the way it was used to make him feel less like Charlie’s friend and more like her pet at times. I would’ve been much more interested in a story where two people, thinking at the same capacity, become friends. The barrier of one of them being mute could then have made this something truly special. The memory loss plot device also hurts the narrative in that major changes in Bumblebee’s character arc are based on tech instead of his friendship with Charlie. It left me feeling like I was watching two Bumblebees, a confident Autobot soldier in his speaking scenes and in the scenes with Charlie, little more than a Herbie knockoff.

This feeling of familiarity is omnipresent. You know what it means when a robot has red glowing eyes instead of blue, because it’s basic movie language, and that which can’t predict, we aren’t surprised by. The only thing new is to leave the theater with positive feelings after watching a Transformers movie. It does not take a great film to earn the title of best Transformers movie.