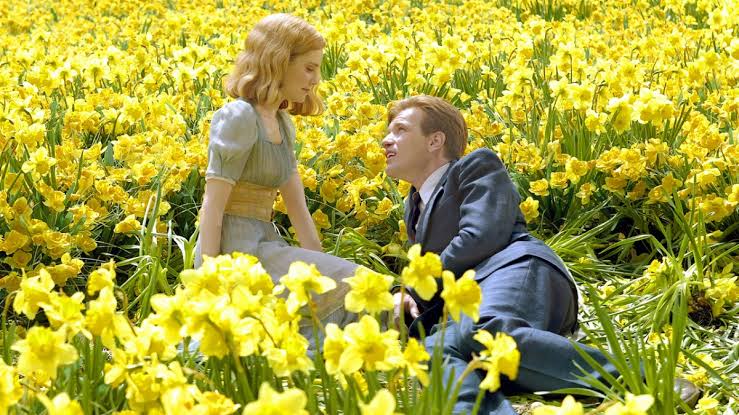 ‘Big Fish’ is on Netflix. Here is why you should be watching it

From Edward Scissorhands to Beetlejuice, Tim Burton has given us some of the most memorable cinema moments. Over the last decade, the master of the macabre has undisputedly created some of the most entertaining movies of all time. However, none will ever be a truly great, emotionally engaging one like the 2003 movie Big Fish.

Why?! We had the same doubts. So we did some investigations of our own and fight out why this movie is a must-watch flick.

Tim Burton is known for making spooky movies. However, Big Fish is American Gothic rather than pantomime gothic. It is faded, rural Americana and its dark forests and carnival scenes are washed out in an earthy retro tint rather than hallucinogenic and stylized. Though who has seen many of his previous work will easily understand that this one is genuine and fresh.

Rather than being a movie for you to cry out, Big Fish is about a son trying to reconcile his father’s tall tales. These stories were once a source of embarrassment and friction between him and his father. The film’s plot itself is set in a way for us to connect with more emotionally than we know. We too, as a kid, used to look up to our fathers as larger-than-life, legendary figures. This emotion is easily resonated with the movie. The relationship between father and son is explored in Big Fish with great insight and conviction.

Well, you know how absurd these movies can be. In movies like Big Fish, it’s normal to see ordinary people dressed up in the most bizarre, cartoonish way possible. (We are talking about you, Johnny Depp!) However, this flick stands apart by giving some logical space for reality. This nothing over the top. Johnny Depp‘s lip-pursing standoffishness or sideways-glance incomprehension is never once seen. Instead, the movie only provides what is necessary.

4. Return To The Roots

It is obvious that Tim Burton is returning to his roots now. From the suburban angst and unease that characterized Edward Scissorhands and Beetlejuice, the director has taken much more subtle movies. This transition is heavily evident in Big Fish.

The movie is filled with fantasy flashbacks and led by the charm-bomb Ewan McGregor. More than the spooky stuff, it’s about fun. There is everything from stopping a town from upsetting a giant, catching the titular uncatchable fish and joining a circus, learning one thing each month about the girl he has fallen in love with. This movie certainly will have something to leave in your hearts even after you are done watching it.