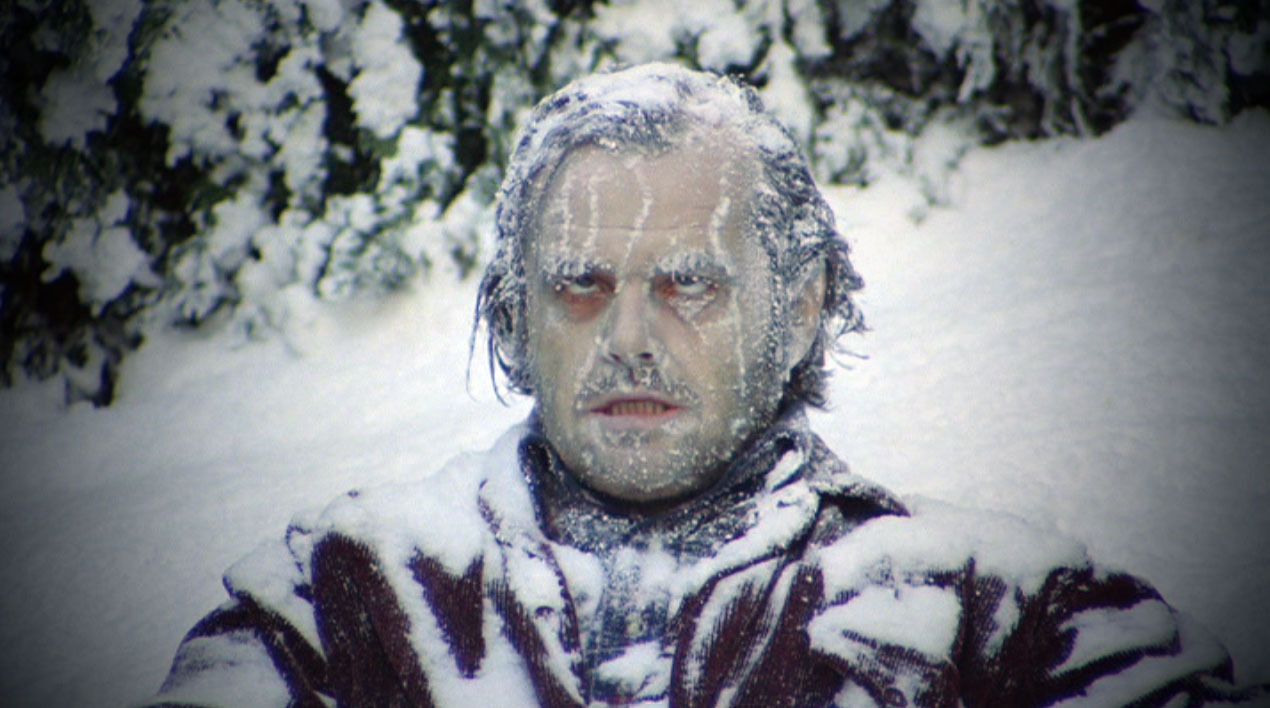 We identify with the lonely writers, the shadowy men in black, the nobodies, the outsiders, the ragtag groups of kids in Stephen King’s stories because we are all like them. As horrific and batshit as his stories are, they touch the humanity in all of us, so there’s a reason he’s one of the best-loved American writers. Here are the best King adaptations in film and movies of all time, in celebration of King’s legacy.

One of the best-and most underrated-adaptations of recent years is 1922. The Netflix original film 1922 adapts King’s novella of the same name, in which Wilfred James (a highly unreliable narrator) plots with his 14-year-old son to murder his wife. Thomas Jane plays “Wilf” in a moody, grumbling manner, and Neal McDonaugh plays Henry to hissy-fit perfection. Director Zak Hilditch nails the paranoid tone of King’s work in this tale of isolation, regret, and karma, complete with murderous rats.

1408, Stephen King’s short story, was already a masterpiece. The story revolves around an author who investigates haunted houses. At a hotel in New York City, there’s one called Room 1408 that’s especially creepy… and you guessed it. He becomes trapped. There are a few problems with the film, but aughts John Cusack and Samuel L. Jackson both deliver top performances and that takes care of half the battle.

There is no doubt that this one is a crowd-pleaser. Kings’ adaptations are always popular, but The Green Mile is one movie that enjoys universal appeal alongside Shawshank Redemption. When this movie was released in 1999, it was a critical and box office success, thanks to America’s favorite uncle, Tom Hanks, who was still the epitome of the 90s. Michael Clarke Duncan won the Oscar for Best Supporting Actor for his role in the movie.

It was a stroke of genius to bring together King and Night of the Living Dead master George Romero for this stellar horror compilation from 1982. Some of the most memorable segments involve an adulterous Ted Danson and a jealous Leslie Nielsen, and a crate that may hold a monster that Hal Holbrook can use to rid himself of obnoxious Adrienne Barbeau. It has ably stood the test of time, amusing and ominous at the same time.

Andy Muschietti takes a number of liberties with King’s magnum opus for 2017’s blockbuster, and almost all of them are for the better. Based solely on the kid-centric half of the original story, it depicts a nightmarish vision of young friends threatened by Pennywise the Dancing Clown (Bill Skarsgard), an ancient being that enjoys eating flesh. A series of increasingly nerve-jangling scares is delivered in Muschietti’s It in part thanks to strong performances from its adolescent cast, which humanize the main characters and establish a forged-in-blood bond between them. In the movie, scream-generating thrills are combined with an in-depth investigation of child abuse.

This 2017 Netflix feature directed by Mike Flanagan (The Haunting of Hill House, Doctor Sleep), was a stunning adaptation of Gerald’s Game, a novel fundamentally about the mind. During a weekend getaway bedroom tryst, Carla Gugino’s frustrated husband suffers a heart attack and she is trapped in bed, chained to her bed. The struggle to free herself while grappling with the memories of a horrific past is portrayed vividly (and, in some instances, gruesomely) by Flanagan. However, it’s Gugino’s outstanding performance that drives the film as a scarred but defiant woman unwilling to give in to the horrors of today or yesterday.

In spite of being nominated for seven Oscars, Frank Darabont’s 1994 adaptation of King’s novella failed to take home any. In spite of this, King’s The Shawshank Redemption has remained among the most beloved of his films. In part, that’s because the movie is more than just a horror movie – it’s a stunning and gripping drama focused on two men trying to escape a Maine prison that features arguably Tim Robbins’ and Morgan Freeman’s finest performances. Thrifted with character detail, humor, and hope, it offers a new perspective on everyday life.

It’s true that David Cronenberg is best known for his brand of body horror, but his 1983 adaptation of Stephen King’s novel took a more psychological tone. The story revolves around a small-town schoolteacher (Christopher Walken) who awakens from a five-year coma with psychic abilities. Even more stunning, he discovers, thanks to his second sight, that a promising US Congressman (Martin Sheen) will bring about a global catastrophe. The subdued performance of Walken captures the alienation affecting his character, who uses drastic measures to avert disaster. The film contends that even having great power doesn’t make you less powerless sometimes.

Stand by Me shows Stephen King is capable of crafting less otherworldly tales as well as otherworldly ones (not that there’s anything wrong with that). It’s based on his novella “The Body”. The story still has a touch of the grim and grisly to it. This tale is about four boys looking for a dead body. From a stellar performance from a teenaged River Phoenix to lots of truly moving moments, this classic coming-of-age tale has it all.

More quotable lines exist in The Shining than any other classic horror movie- “All work and no play makes Jack a dull boy.”, “Redrum.”, and “Heeeeere’s Johnny.” are a few of them. There are few movies that are as good as this in the prestige horror genre. Masters of the new era still regard it as a turning point in the genre. With sweeping landscape shots, frightening single point perspective hallways, and a scene reminiscent of a hedge maze, Stanley Kubrick provides cinema with its masterpiece. The film has some of the most beautiful and terrifying images ever captured on film. Jack Nicholson’s facial expressions and unhinged emotional turns are some of the best of his entire career.

The only scary thing in Carrie is high school. The cruel classmates who pelt tampons at the titular anti-heroine, the maltreatment that cascades from her abusive boyfriend , to his mean-girl girlfriend, and finally to her. In addition, Carrie’s mother is truly psychotic.Despite all that, not a single body drops until the final twenty minutes. Then, when you reach the moment when pig’s blood is spilled, you’ve become totally invested in the strange, lonely girl, her teachers, classmates, and even her tormentors.