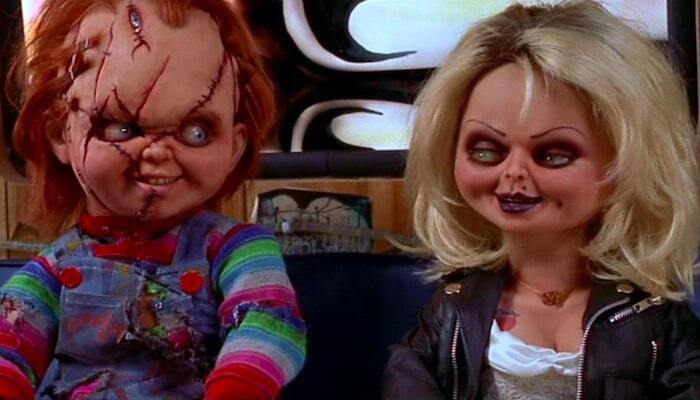 Horror movies can be scary. Yet, we love watching these movies. If you are in the mood for some good horror movies to watch, Netflix has some of the best ones. Here are a few of them.

Just when you thought that three Child Play movies were enough, the minds behind the creepy Chucky doll are back with another spin-off character that could push the franchise further into some scarier territory. The late-90s horror-comedy tells the story of Chunky and his demonic lover, Tiffany, on the road looking for new bodies to possess. The movie does have some oddly creepy scenes, including one in which the two killer dolls have sensual sex. However, if you okay with all that and a fan of the Chucky movies, then this is a must-watch movie.

Remember The Blair Witch Project? The movie revolutionized the horror genre with its found-footage style making. Unfriended takes the sub-genre to the digital era. Known as the ‘screenlife’  filmmaking approach, the whole movie is told from the perspective of computers, tablets, and smartphone screens. After the suicide of a classmate due to online bullying, a bunch of teenagers is taken out one by one during an online video call.

In the Tall Grass

When it comes to telling horror stories, no one is better than Stephen King. Together with his son Joe Hill, he wrote the novelette In the Tall Grass which got adapted by Netflix into a movie of the same name. The story revolves around a vast field of tall grass. People who pass by hears voices calling for help and if they enter the field to help them, they will be lost in the haunting tall grass.

Bird Box is one of the biggest horror hits from Netflix. Starring Sandra Bullock in the lead role, the movie is thematically on par with popular movies like A Quiet Place and Hush. In a post-apocalyptic world, everyone needs to be blindfolded to escape a deadly entity. Do otherwise and you will end up mad and ultimately dead. Bullock’s character is a mother-to-be who has to take care of two young children in this post-apocalyptic world. The movie has some terrific scare waiting for you and Bullock’s performance adds to it.

Cargo takes the worn-out post-apocalyptic zombie genre and gives a fresh and exciting perspective to it. Starring Martin Freeman, Anthony Hayes, Susie Porter, the tightly focused thriller is about a father trying to get his daughter to safety on a zombie apocalypse. He does not have that much time as he is also infected by the deadly virus. The movie is a relief for the genre and delivers a solid performance from Freeman and the other cast members.

The Invitation is a multi-layered chamber piece that establishes director Karyn Kusama as of the best horror filmmakers. The movie can be described as an intriguing blend of Who’s Afraid of Virginia Woolf and House of the Devil. A dinner party is set for the reunion of some old friends and ex-lovers. However, things take a quick turn immediately and a decade-long trauma is unzipped. There is a theme of supernatural horror and existential drama throughout this movie. The horrifying psychological journey of the main characters is a rare treat for the horror genre.

If you are looking for a thriller that is not shy about violence, then you should watch the 2016 film, Hush. The movie is much similar to You’re Next and has the same female survivalist feel like I Spit on Your Grave. However, Hush plays things safer than these movies. The performance, music, and ambient noise make this movie such a worthwhile addition to your watchlist.

Directed by Zak Hilditch, 1922 is another Stephen King adaptation available on Netflix. The pacing of the movie may feel a odd. The early portion of the movie is a little rushed and some later instances are dragged to much. However, the movie is simple, direct and pack a punch. The movie is crafted to simmer tension in the minds of the audiences. Thomas Jane, Molly Parker, Billy Schmid and, Kaitlyn Bernard some of the actors who have performed in this movie.

The Ritual is the creepiest monster horror flick on the list and that makes it even more worth watching. With plenty of twists and turns that can keep you guessing, it is best to keep a sharp eye out for the details, straight from the start. A group of former college friends plans on a getaway. As fans of horror movies, we know want is gonna happen next. Yes! Things do take a horrific turn. However, what makes this movie unique is how different it treats the plot from other horror movies. Telling more about it will only ruin your movie-watching experience. So, it’s better to go and watch the movie instead.

Fans of Stephen King novels know that among the beloved writer’s tales, the one with the least chance for getting an onscreen adaptation is Gerald’s Game. However, for Mike Flanagan, it was a dream project than an impossible adaptation. The movie is a psychological horror that strikes some hard topics like toxic masculinity, abusive cycles, oppressive silence, and more. Additionally, this horror movie embraces female strength, rather than exploitive abuses.

If you think that you have a week heart, then it is better that you don’t watch this brutal piece of cinema. Apostle is just crazy butchery and sitting through these sickening scenes is the most horrifying part of the whole movie. Directed and penned by Gareth Evans, the horror-thriller takes place in 1905 London. When Thomas Richardson returned home, he learns that a religious cult has held her sister hostage for ransom. In order to free her and bring her back, he goes to the idyllic island where the cult lives. As he starts to infiltrate his way into the island’s community, he started noticing the cult’s ranks are corrupted. Furthermore, he uncovers a darker evil than he ever imagined.