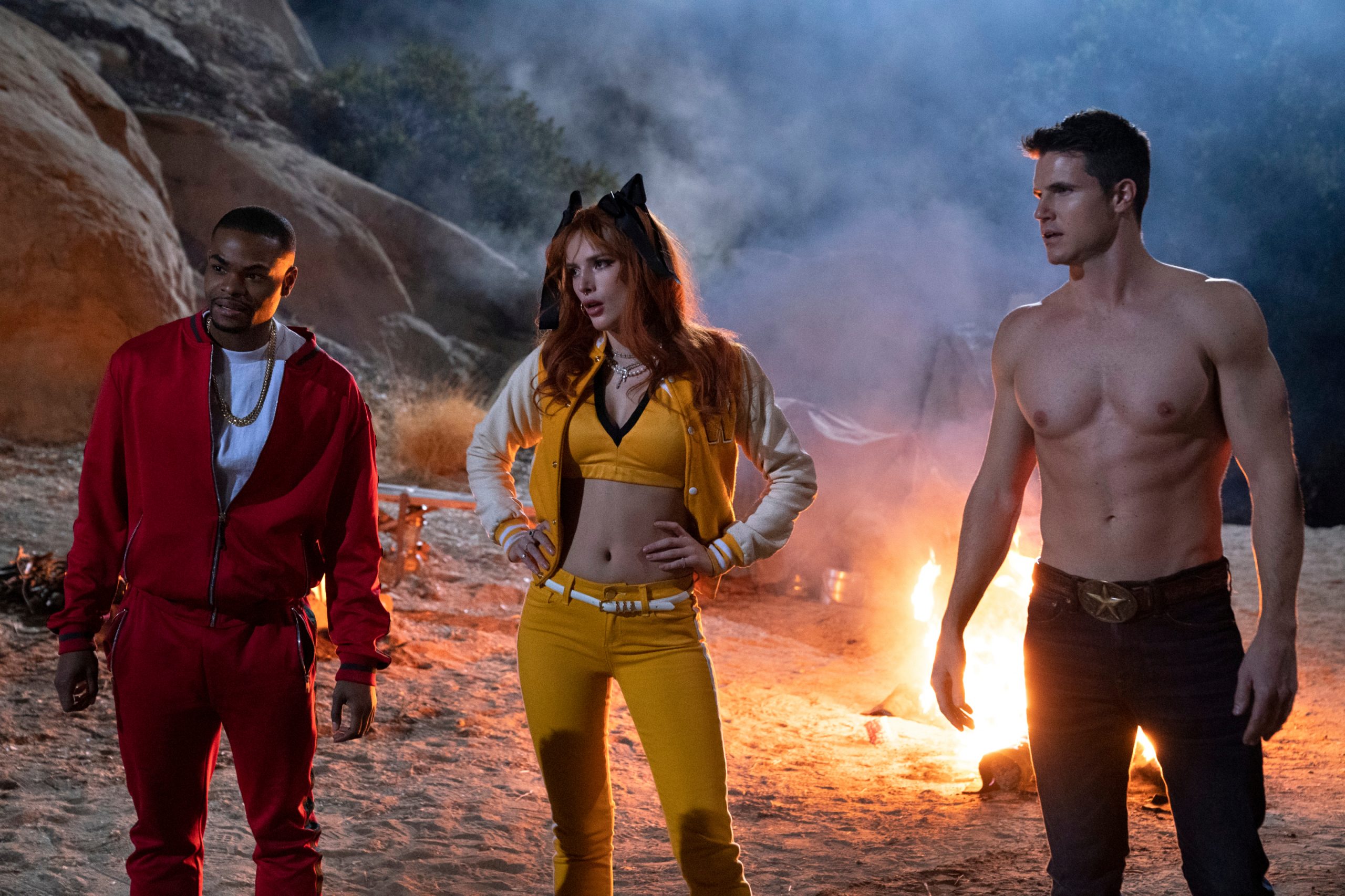 You can watch a lot of horror comedies on Netflix, including original movies and stop-motion movies.

An idiosyncratic movie about an outcast who happens to be immortal and, uh, cannibalistic. To protect himself and others, he stays away from society, but things don’t stay that way in this creepy and hilarious film.

The film centers on a young boy who spies on his babysitter, but things soon take a dark turn. Samara Weaving, the niece of Elrond actor Hugo Weaving, stars in this slick, funny, stylish, and brutal movie.

Horror comedies seem to be Adam Scott’s thing. Krampus was an excellent Christmas comedy horror, and this is another winner. Evangeline Lilly’s Samantha marries Scott’s character, but Scott begins to suspect that Samantha’s son might be the antichrist.

This Taiwanese movie is about three guys who meet at a hot springs hotel when they don’t know each other. A great deal of comedy is present in this movie as well, as they are forced to try and save a family after their meeting turns into a nightmare.

The story of this Polish Netflix movie has an interesting and creepy premise: a bunch of students are addicted to technology and are sent to an offline camp to rehabilitate themselves. Things don’t go well in the woods, and horror ensues. There’s a lot of guts and gore in this movie, and a few laughs, too.

Girl with Balls takes the familiar theme of stranded people being hunted down and gives it a unique twist. The women’s volleyball team in this movie doesn’t exactly let themselves be hunted without fighting back.

There are a lot of horror anthology movies, and there are always a few gems among them. No exception applies to this one, which features stories directed by filmmakers like Kevin Smith. Our tales explore different aspects of our holidays, folklore, and traditions, giving a creepy spin on some usually family-friendly themes – such as the easter bunny pictured above.

A Haunted House is a comedy-horror parody that will have you roaring with laughter. This is cheesy, funny, and over the top. Malcolm and Kisha discover that a demon is also living thereafter moving into a new house. His sex life becomes disordered after Kisha becomes possessed, so he becomes a priest and psychic (aka a shaman).

Kevin Bacon and Reba McEntire star in this 1990 monster comedy film. After a series of strange deaths occur, the locals realize that monsters hungry for human flesh live beneath their town.

The deceased girlfriend of a young man (Dane DeHaan) returns from the dead, and he is thrilled. After a while, he realizes she’s not quite the same as she used to be and isn’t thrilled with the idea of moving on with someone new (and alive).

Tyler Labine and Alan Tudyk star in this unique take on the “teens getting killed by psycho hicks in the woods” horror trope. This time around, a group of ignorant teenagers mistakes two pals on their backwoods vacation for murderers, leading to some hilarious (and hilariously grim) mistakes.

Light Turner (Nat Wolff), a high school student who stumbles across a mysterious, sinister notebook who is killed if his name is written inside, stars in a film adapted from Tsugumi Ohba and Takeshi Obata’s Japanese manga series. The movie may not have been intended as a comedy, but there is a lot to laugh at regardless.

The 2000 flick mocks all scary movies before it. There are references to Scream, The Blair Witch Project, and many more in Scary Movie, which will make you laugh at the ridiculousness of some of the plots. Prepare to be entertained. Cindy Campbell and her friends mistakenly kill a man. Someone stalks them a year after the unfortunate incident, leaves threats, and tries to kill each of them one by one.