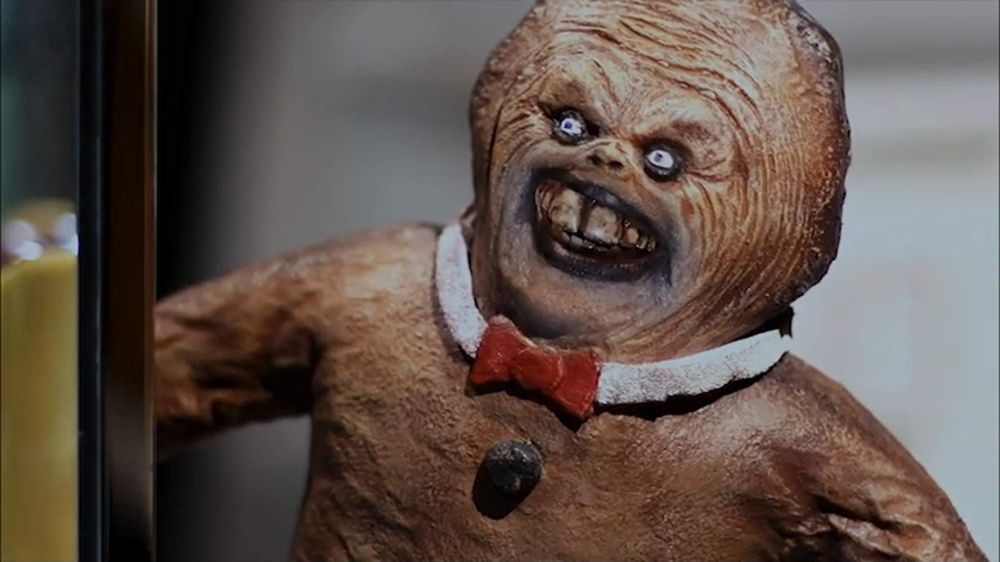 Horror movies are supposed to be good or bad. However, some horror movies exist in a grey area. We know that they are not that good, but we watch them anyway. Here is a list of such guilty-pleaser movies that are really worth watching.

The words “good” or “bad” are not sufficient to describe Freddy Got Fingered, Tom Green’s first venture into what we’ll loosely call directing. You most likely sat there throughout this movie, mouth open and eyes wide open, with no words to describe what you just saw. This 2001 film features Green’s character, Gord, engaging in activities such as stimulating a horse, playing the piano attached to sausages, inhabiting a deer carcass, accusing his father of flogging his brother, and so much more. Although there is a plot, it really doesn’t matter much. The scenes are all intensely surreal, and even though they were released 17 years ago, they continue to haunt you like nightmares.

The Happening is M Night Shyamalan’s worst film, but it’s great because it’s trying to be good. It’s incredible to think that plants could cause human beings to kill themselves without explanation. Mark Wahlberg’s face is constantly confused as if he’s trying to figure out what he’s doing in this film with us. Zooey Deschanel spends 90 percent of her screen time staring off into the distance. The funniest scene in the movie involves a man who lets a piece of farm equipment run over him. It’s not exactly what you’d expect from a horror movie.

A crudely drawn stick figure snowman dominates the poster for The Snowman, a 2017 thriller based on a Norwegian novel. It just kind of sums up the movie experience. It is hilariously awful. There’s a serial killer in the movie who chops up female victims. In the film, Fassbender plays a detective named Harry Hole, which is pronounced exactly like it’s written (it’s pronounced differently in Norway). It’s hard to understand the accents. Hole is a terrible detective, and he should have been able to figure out who the killer is hours before the movie’s climax. The film’s director, Tomas Alfredson, admits that there wasn’t enough time to shoot the entire script, and it is evident as the plot is glaringly incomplete throughout.

It is remarkable how many mentions “Zombeavers” garnered in our poll despite the fact that it only came out a few years ago, suggesting that the cinematic appeal of zombie beavers had gone largely untapped. According to the trailers, the movie is about beavers who got exposed to toxic chemicals, turned into zombies, and attacked college students.

This late-1970s gem was written, produced, and directed by George Barry – and, thankfully, the title revealed everything audiences needed to know. This bizarre movie features a cursed bed that dissolves hands until there is nothing but bare skeletons, but the film only takes a few bites out of an apple and returns the core. No one has discovered any deeper meaning hidden in this 80-minute horror flick in over 40 years. You can give it a try if you want.

Robert Englund may be a renowned, classically-trained actor and a horror legend. Many remember him as Freddy Kreuger from the “A Nightmare on Elm Street” franchise. However, it is certain that no one is gonna remember him ever playing the role of Bill Gartley in Tobe Hooper’s “The Mangler.” There are plenty of reasons why. The film is based on Stephen King’s short story about a laundry press who craves blood. You may be overanalyzing the situation if you ask how or why multiple people got close enough to be murdered by the machine. The cop on the case is Ted Levine (Buffalo Bill from “The Silence of the Lambs”), but even he cannot figure out why this film is so awful.

The film looks more like a small-town stage play that was recorded for personal use and was accidentally leaked worldwide. The story revolves around a family that stumbles upon an underground cult led by the “Master” (Tony Neyman) and Torgo (John Reynolds). Master wears a black flying squirrel poncho with giant red hands that resemble the Wu-Tang hand sign when he raises his arms, which is more often than not. Both the acting and the script are really worse. The only redeeming quality maybe the Master’s cute dog who deserved much more screen time.

This is an incredibly long title for a strange horror musical you probably won’t enjoy, right?!. The film was written and directed by Ray Dennis Steckler, a filmmaker whom The New York Times called a “low-budget auteur.” Steckler also stars in the film, as Jerry, one of three friends who meet a zombie fortune-teller at a carnival. It doesn’t really matter what happens after that because it won’t improve the experience.

1950s giant bug movies were cheesy, but drive-in crowds still enjoyed them. On “The Giant Spider Invasion,” director Bill Rebane tried to recapture the magic of that era but somehow failed to tell a coherent story. The people who made giant webs and totally un-scary spiders from Volkswagens deserve some applause. Despite its budget of $300,000, the film reportedly made millions of dollars and contributed to Merrill, Wisconsin’s economy- the place where the movie was shot.

Is it possible to make a successful follow-up to one of the most profitable and influential films of all time? Yes, It’s simple. Don’t do anything similar to what the filmmakers responsible for “Book of Shadows: Blair Witch 2” did. Just 15 months after “The Blair Witch Project,” “Book of Shadows” exists in a universe in which the original fictional movie has become a cult classic. In the film, the main characters visit the woods where it was filmed, and spooky things start to happen. It’s a great idea, but it’s not executed well. “The Blair Witch Project” sequel contains real footage of Roger Ebert’s review, but that did not save the movie from a 2-star rating.