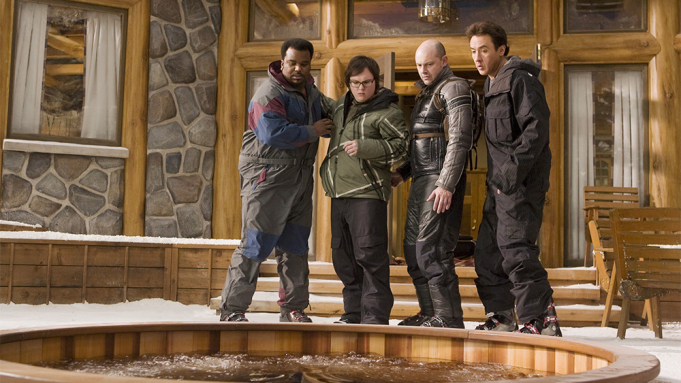 12 Awesome Time-Travel Movies That Will Blow Your Mind.

One genre of movies that never fail to bore us. In every era time-travel movies has surprised us with even more mind blowing tales. Here are some of the best movies that has kept us thinking even after the credits have ended.

A bizarre time-travel gimmick makes this romance stand out. Sandra Bullock and Keanu Reeves exchange letters via a mailbox at a rental house, though she is writing and reading them exactly two years later than he is. If you think about it too hard, a lot of time-travel movies don’t make sense; this is complicated. But still all is fair in a rom-com.

Francis Ford Coppola’s movie, called a rehash of Back to the Future, is actually a small gem, rueful and thoughtful. Katherine Turner is transported back to her senior year in high school, 1960. As she tries to figure out how her choices as a teenager helped form her future identity, she hopes “She Loves You” will become a hit before Lennon and McCartney finish their song.

There are many other goofy time-machine movies, from A Connecticut Yankee in King Arthur’s Court to Mr. Peabody & Sherman, but none of them have the brilliant slack-jawed performances provided by Alex Winter and Keanu Reeves. Two teens in SoCal try to locate famous figures of Western civilization so they won’t fail history and their band, the Wyld Stallyns, can stay together and build a future utopia through music. The most inspirational moment is when Ted (Reeves) quotes Kansas: “All we are is dust in the wind, dude.”

The movie stars Mark Duplass as a grocery clerk who invents a time machine and puts a classified ad looking for someone to travel back in time with him; Aubrey Plaza appears as a magazine intern assigned to investigate the ad. Can you guess who forges a connection between two unlikely parties? As time travel becomes more and more popular, people fantasize about living their lives over again, only better. Besides Duplass and Plaza’s superb performances, what makes the film work is that it’s unclear until the end whether they are indulging that fantasy or whether his time machine actually works.

This fantastically inventive time-travel adventure stars a young boy, six dwarfs, and a map of the universe that they are using to steal everything they can. Sean Connery as Agamemnon and John Cleese as a daffily aristocratic Robin Hood is the best cameos. Richardson became so absorbed in the role that he rejected some of his dialogue, telling Gilliam, “God wouldn’t say that.”

Lola (Franka Potente) gets a phone call from her boyfriend: He has lost a bag containing 100,000 Deutschmarks, and his criminal boss will kill him if he doesn’t find it or replace it within 20 minutes. Lola runs through Berlin dodging bicyclists and causing car accidents, provoking flash-forward sequences of the fate of various pedestrians, trying to find a way out. When she fails, the 20-minute time loop starts again – it seems to be powered by love and the absence of cash.

Time-travel movies have never been so entertaining. During a ski trip at a ski resort, John Cusack, Rob Corddry, Craig Robinson, and Clark Duke travel back to the ’80s, when hair was big, outerwear was neon, and Poison was a big band. Best scene: Robinson weeping because he feels bad about cheating on his wife, though she is only nine years old in 1986 and he feels guilty about his action. (The movie sidesteps the fact that Cusack was a much bigger star at the time).

Obviously, time travel doesn’t have to span hundreds of years to be a significant plot point in a movie: it can happen within minutes or hours. According to the rules set by the filmmakers, characters can be caught in a loop, spawn alternate universes, or even kill their grandfathers. Despite being limited to one day, Bill Murray’s comedy plays into one of its most fundamental themes: the idea that if we could live our lives over, we would do it better. That fantasy, however, could be subverted by the lesson that you can start over now.

This film is a graduate-level time-travel movie, full of confusion, technical jargon, and duplicate versions of characters attempting to outwit each other. Yet it is also a fascinating mind-bender, and as soon as you’re done watching it, you want to see it again to see if it actually makes sense. Shane Carruth’s debut is one of the best movies ever about a tech start-up: When some engineer friends make a working time machine, the ethical consequences are bypassed for financial gain.

When Marty McFly (Michael J. Fox) accidentally stops his parents from getting together in 1955, his mother transfers her affection to him instead. Fox does not have to pluck out his eyes – instead, he works to make his parents fall in love so he can be born. The movie makes a subtle joke about a shopping center called Twin Pines Mall changing its name to Lone Pine Mall in 1985.

This 28-minute film, told through a montage of black-and-white still photographs and narrated in French, is about a man sent back in time to avert apocalyptic war. He becomes entangled in the silken cords of time travel when he remembers how beautiful a woman was and how a man died in his childhood. Despite this novella of a movie being pretty perfect, Hollywood still made a big-budget feature-length version: 12 Monkeys (1995), directed by Terry Gilliam and starring Bruce Willis and Brad Pitt.

Aubrey Plaza plays the magazine intern who shows up on a job assignment to investigate the classified ad placed by Mark Duplass advertising a time machine to travel through time with him. Time travel is an enduring fantasy explored in this indie film: you get to live your life again, but better. Besides Duplass and Plaza’s superb performances, what makes the film work is that it’s unclear until the end whether they are indulging that fantasy or whether his time machine actually works.