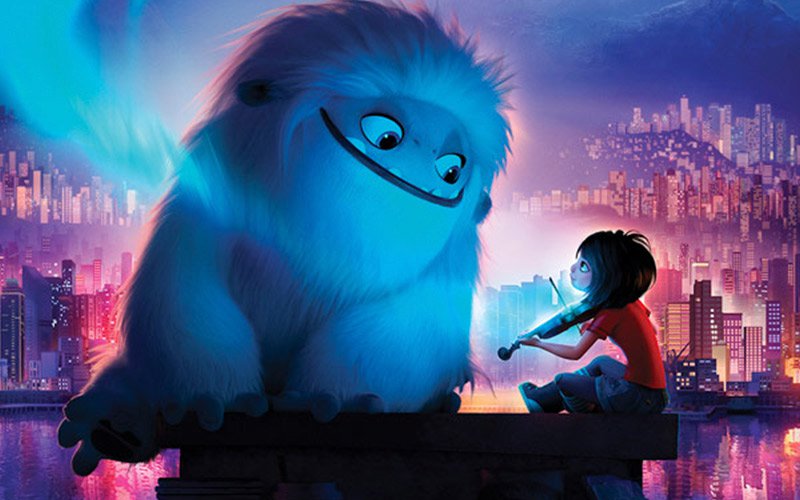 Abominable Dominates the Weekend Box Office; But How?!

This weekend, it was the animated family movie Abominable which took the top position at the box office. Grossing in a $20.8 million cume domestically, the movie picked up an additional $10 million overseas, making a grand total to $30.8 million.

Directed by Jill Culton. the movie is the first animated Hollywood studio project to have a woman credited as the main director and writer. With the box office success over this past weekend, it is obvious that Culton is definitely celebrating.

In the second position is Downton Abbey, which previously occupied the top position. Continuation of the popular TV series, the movie earned $14.5 million and made $107.1 million globally. Jennifer Lopez and Constance Wu starrer Hustlers secured the third position this weekend with a total earning of $11.4 million, with over $95 million collected globally.

Bringing in $10.4 million, Andres Muschietti’s IT Chapter Two is seated at the fourth position. Though the horror sequel didn’t make much impression compared to the first installment, it did manage to collect $417 million globally and doesn’t seem like stopping anytime soon.

The critically acclaimed Ad Astra earned $10.1 million and took the fifth spot this weekend. With Brad Pitt in the lead role, the movie opened to positive reviews last week.

Sylvester Stallone’s Rambo: Last Blood seems to fall down to number six this weekend with an $8.5 million cume. The long-awaited sequel was expected to be a front runner at the box office. However, with the negative feedback from critics and fans, marching back up the charts seems to be an impossible task at the moment.

Other movies in the top ten include the Judie Garland biopic, Judy at number seven and Good Boys at number eight. The comedy flick currently brought in a global grand total of $104 million. Disney’s Lion King still reins the box office with its ninth position and action thriller Angel Has Fallen at the tenth.

Here is the list of all the top ten movies  of the weekend according to Box Office Mojo: