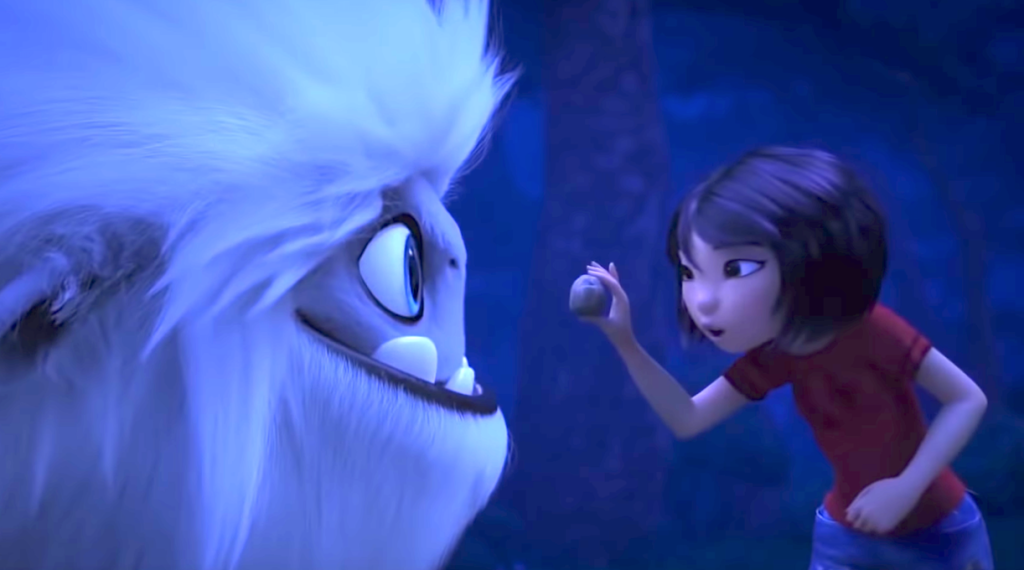 Abominable (2019) Review: This Is NOT Your Happy-Go-Lucky Kid Flick

After Smallfoot and Missing Link, here is another CGI adventure about the mythical Himalayan creature. But, if you are looking for one of those fun-filled animation movies, then you are in for a somber ride. The movie does have a handful of humorous moments, but overall it trends in a pretty serious tone.

Taking place in Shanghai, China, Abominable has a young girl named Yi as the central character. Voiced by Chloe Bennet, Yi is struggling to come in terms with the recent death of her father and grieves by playing her father’s violin on the roof of her apartment building. It is here that she eventually meets the Yeti. Escaping from the capture of the crotchety Mr. Burnish (Eddie Izzard), the frightened Yeti (Joseph Izzo) is hiding from a famous doctor (Sarah Paulson) and an army of goons who are out to recover the beast.

Slowing down considerably to establish the characters, the movie only picks up its pace as Yi decides to help the Yeti return back home to Mount Everest. From there Yi’s cross country adventure with her basketball playing neighbor, Peng (Albert Tsai), and his social media addicted older cousin, Jin (Tenzing Norgay Trainor) takes the movie into its ‘feel-good’ half. And eventually (like every other tale) Yi learns to accept the loss of her father and appreciate the love of others.

It is appreciatable how the makers of this flick gave much attention to the depth of its story. The heroine of the story is too complex for an animated feature. The existential quest of the heroine is the core of the whole movie. Her inability to grieve is brilliantly equated to the challenge of her journey. However, any person who is buying tickets for a normal animation feature will get a little bored with the unexpected drama. Luckily, with some stunning animation and a remarkable score, the movie was saved from being a total drag.

Abominable, even though an animation feature with a cute fluffy creature, is not something that your children would consider watching. The deeper, thoughtful philosophy is mostly for mature audiences than little ones. With that being said, the movie is watchable and good for recommending to someone who is down and facing challenges in their life.