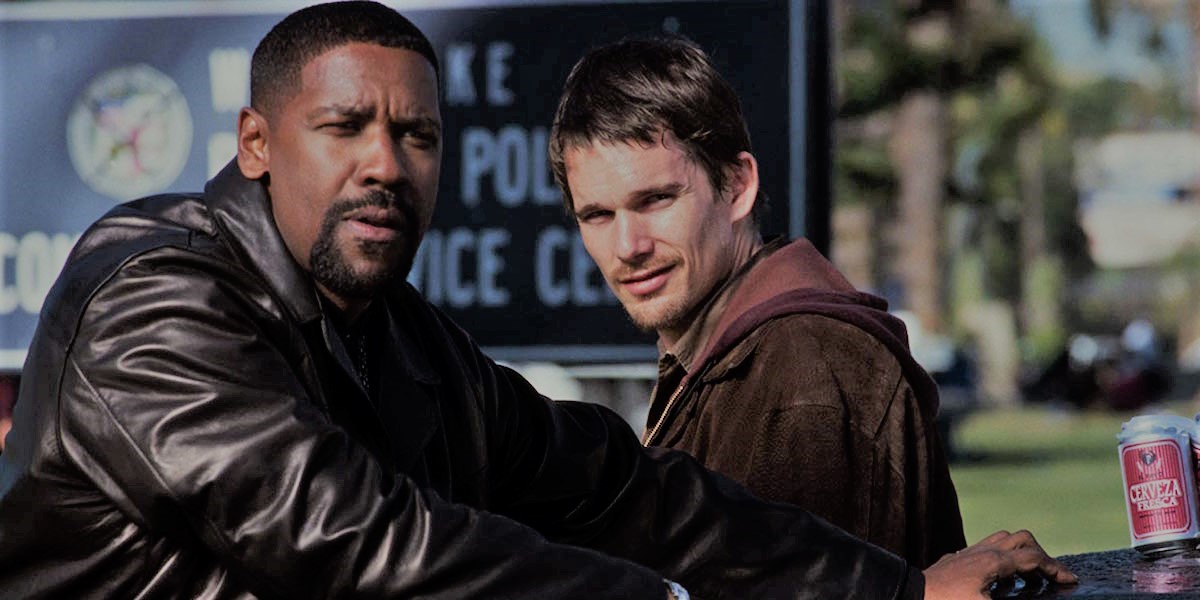 Denzel Washington’s Training day is getting a prequel. Warner Bros. is currently working on the project. The original movie released in 2001 and was a box office hit with a gross collection of $104 million at the box office.

The movie follows the life of Jake Hoyt (Ethan Hawke) who is taken up for evaluation by Alonzo Harris (Washington) for determining his potential for joining the LAPD. It does not take long for Jake to learn that Harris is corrupt and has quite a shady past.

The film was directed by Antoine Fuqua with a script from David Ayer. Denzel Washington won an Oscar for the second time in his career for his role as Alonzo Harris (The first one being for Supporting Actor in Glory). Ethan Hawke also received an Oscar nomination.

The movie was later on adapted into a tele series that premiered in 2017, starring Bill Paxton and Justin Cornwell. Unfortunately, the venture had to be called off after Paxton’s untimely death.

The prequel is rumored to be showcasing the past life events from Hariss’ life and is set almost a decade behind the time period of the original movie. Blacklist writer Nick Yarborough will be working on the script. The prequel as of yet has no attached director to it.

Denzel Washington’s character in the original movie was 46 years old. Now that the prequel is set almost a decade earlier, Alonzo would probably be in his late thirties. We wonder who could best fit to play the younger Alonzo. Bets are being placed on John David Washington (Denzel’s son) who is currently 35. If Warner Bros. believes that the apple does not fall very far from the tree, then chances of John being the young Alonzo seem pretty high. In addition, John has recently worked with Warner Bros. for Christopher Nolan’s Tenet. So the predictions are not entirely delusional.

There is no hint of Antoine Fuqua or Jeffrey Silver(one of the three original producers) being involved in the making until yet. But there is a possibility they might return as executive producers.

A lot of projects lately tend to create a buzz but do not make it past the writing stage. We hope the Training Day prequel does not suffer the same fate. But considering the accomplishment of the original film, it would not be wrong to assume that Warner Bros. is pretty serious with this one.