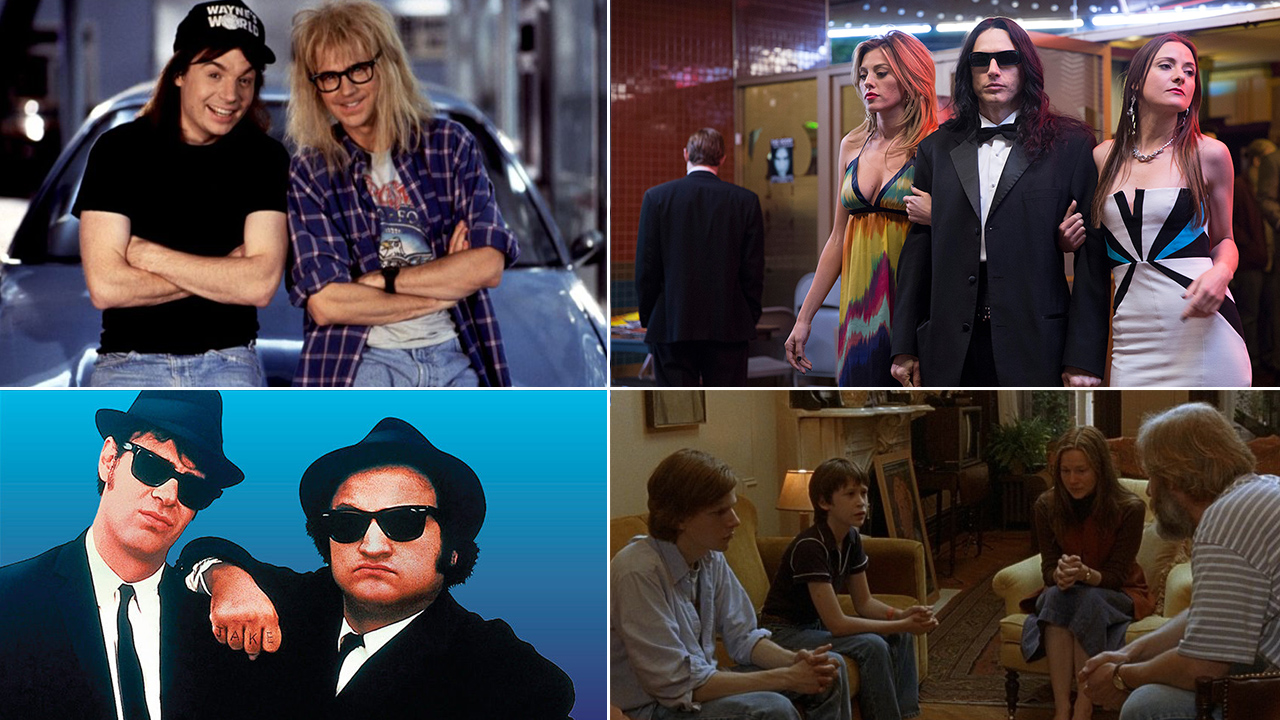 The comedy genre has come a long way in Hollywood. But if you consider Hollywood comedies as just all jokes and no substance then you are wrong. The American cinema is definitely a huge universe with numerous gems conceived down the line of history and waiting to be discovered.

Here is a list of classic comedy features streaming on Amazon prime which are not just funny but also have a solid storyline and underlying messages even.

C.C. Baxter decides to play wingman to his philandering office superiors by lending them his apartment for their illicit affairs just to get into their goodbooks. His trade off seems fair until he finds out that his crush has an affair with his boss and that is just the beginning of Baxter’s miserable yet humorous romantic tragedy.

A ghost couple is disturbed by the fact that their home is haunted by a conceited human family. Quite a reversal of roles from traditional premise of horror movies, this forms the basis for the humorous tale. Beetlejuice ( Michael Keaton) is the star of the show who is hired by the couple to free themselves from the wrath of the humans. Directed by Tim Burton, the spooky horror is carried substantially by Keaton with his manic performance until the very end.

A screwball comedy of the 90s era that portrays Robin Williams as a gay cabaret owner and his partner Nathan Lane as a dragqueen of the night club. The story gains heat when Williams’ son (Val) falls for the daughter of a highly moralist politician and now must introduce both families. And amidst getting Nathan to pose as Val’s mother and the senator trying to protect his reputation of “Man of Values” unfolds a chaos of cosmic proportions.

The film brings to life John Belushi and Dan Aykroyd’s SNL characters “Blue Brothers” to life on big screen. The two of them learn that the orphanage that they grew up in in about to be shut due to back taxes. They gather their old bunch of band members and try to raise money to save the orphanage. A simple plot sizing up the absurd lives of two cynics amidst a lot of chaos and carnage

The king of comedy, Eddie Murphy is an executive at an advertising firm and leads a highly exciting life as a professional and a philanderer. This is until his new female boss (Robin Givens) with a similar personality only amplified in magnitude gives him a taste of his own medicine and there begins his comeuppance. Set in the backdrop of misogynistic culture of corporate, the film maker conveys the message of love and Karma in the vein of what can be viewed as a sophisticated parody.

James Franco’s Magnum opus is based on the making of Tom Wiseau’s 2003 fiasco The Room.  Tommy Wiseau (played by James Franco) bumps into Greg Sestero (played by Dave Franco) in an acting class. Greg is bewitched by Tommy’s take on performance art and they both set out on their quest to make a movie. But when Hollywood rejects to take the script he is so passionate about, Tommy decides to make the movie on his own. Made especially for the cult followers of The Room, this movie depicts Wiseau’s megalomaniac craze and undying dedication towards the projects with utmost honesty.

An indie pop by Noah Baumbach, follows the crumbling marriage of a couple and how it affects their two sons. Both parents are writers but are perceived differently by their children. The father Bernard, is a literary aficionado and the elder son, Walt (Jesse eisenberg) agrees to and respects most of his opinions. Inspired by the father, Walt is quiet a talent at school but takes weird decisions of giving up his love life, because his father apparently is not a big fan of monogamy. The mother on the other hand ihas fallen out of love with Bernard and finds a romantic interest in another man. The younger brother is enjoying his puberty in a very unapproved manner. All in all this a perfect way to explain how dysfunctional relationships raises a relatively better offspring and the cycle continues.

A laffaminit spectacle originally conceived from the parody of Saturday Night live TV show. The show is hosted by two young lads who are quite passionate about their choices and are also very much attached to them. They are outsmarted by an ad company that finally tricks them into selling their show for big bucks. The film captures the journey of the two young men through a very predictable but intelligently crafted movie filled with sight gags and smart humor.

News broke in New York that a few socialites were tricked by a black young man who claimed himself to be the son of Sydney Poitier. This became the premise for a Broadway hit and later was given the film treatment by Fred Schepisi. The protagonist played by Will Smith plays a con man who drops by the door of an upper crust couple and introduces himself as a schoolmate of their children and that he has just been mugged. The couple kindly let him spend the night and he fully uses the opportunity to charm them with anecdotes and his culinary skills. A vibrant drama filled with surprises and sarcastic comedy!

So get ready to split your sides with some of the best comical ventures.