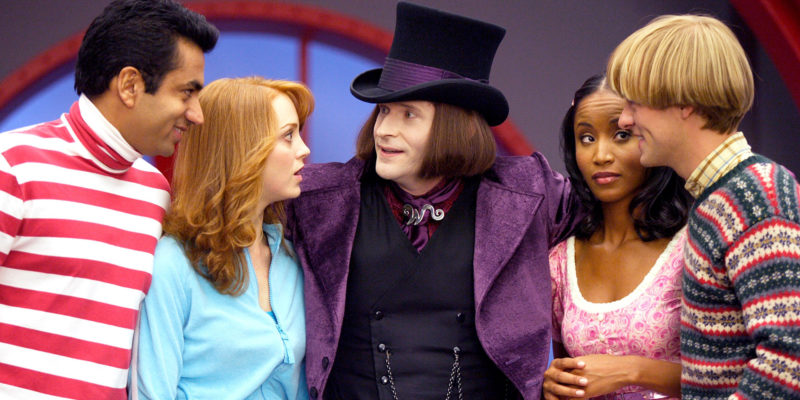 8 Spoof Movies That Will Make You Laugh Out Loud

When Edward, Peter, Lucy and Susan each follow their own path, they end up finding themselves at Willy’s Chocolate factory. Walking through a wardrobe, they discover the world of Gnarnia, which is ruled by the White Bitch. Meeting up with characters such as Harry Potter and Captain Jack Swallows, the newly reunited family must team up with Aslo, a wise-but-horny lion to stop the white bitch’s army.

Following on the heels of popular teen-scream horror movies, with uproarious comedy and biting satire. Marlon and Shawn Wayans, Shannon Elizabeth and Carmen Electra pitch in to skewer some of Hollywood’s biggest blockbusters, including Scream, I Know What You Did Last Summer, The Matrix, American Pie and The Blair Witch Project.

On a bet, a gridiron hero at John Hughes High School sets out to turn a bespectacled plain Jane into a beautiful and popular prom queen in this outrageous send-up of the teen movie genre.

From the creators of Scary Movie and Date Movie comes this tongue-in-cheek parody of the sword-and-sandal epics, dubbed Meet the Spartans. The 20th Century Fox production was written and directed by the filmmaking team of Jason Friedberg and Aaron Seltzer. Sure, Leonidas may have nothing more than a cape and some leather underwear to protect him from the razor-sharp swords of his Persian enemies.

Recruited to join a top-secret mission for the Air Force, a renegade pilot finds himself coping with an incompetent admiral and a carefully selected squadron of flyers who are either inept or half-blind.

When the incompetent Officer Frank Drebin seeks the ruthless killer of his partner, he stumbles upon an attempt to assassinate Queen Elizabeth.

A lowly pencil pusher working for MI7, Johnny English is suddenly promoted to super spy after Agent One is assassinated and every other agent is blown up at his funeral. When a billionaire entrepreneur sponsors the exhibition of the Crown Jewels—and the valuable gems disappear on the opening night and on English’s watch—the newly-designated agent must jump into action to find the thief and recover the missing gems.