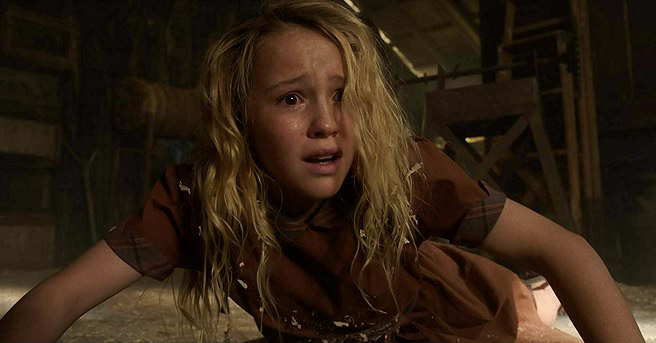 8 Most Creepy Movies of All Time

Watching a horror thriller is something we all love. But, there are movies that are creepy enough to send a cold chill down our spine. These creative flicks have dedicated themselves to bring out the best creeps of them all.

And who doesn’t like a trip on the creepy side, every now and then? So, here are 8 of the most creepy movies of all time.

A patient gets released from a mental institution and is taken back home to her sister. However, little did she know that she was walking into a chain of disturbing events between her stepmother and the ghosts haunting their house. Everything that happens in their house is connected to a dark past in the family’s history.

The Davison family was on their wedding anniversary getaway. Things took a bad turn as they are attacked by a gang of mysterious killers. But, what their attackers didn’t know was that one of their victims holds a secret talent for fighting back.

In midst of her divorce proceedings, Dahlia Williams and her daughter Cecelia move into a knackered apartment. With her current financial state, it was all that she could afford. However, from the time they reaches the apartment, a lot of strange things are happening- especially the constant drip from the ceiling in her daughter’s bedroom.

Mysterious crop circles are seen on a farm and the family living near it is out to find what is causing these strange occurrences. But, they didn’t expect its secret to be something more frightening.

New York detective Ichabod Crane is out at Sleepy Hollow for investigating a series of mysterious deaths. All the victims in these deaths are found without their heads. The local myth is that the ghost of the legendary Headless Horseman is the culprit behind these murders.

A woman is trapped in one of the dark London subway stations. To make matters worse, she is being followed by potential attackers. The only way she can survive is by heading into the unknown maze of tunnels beneath the city’s streets. But, will she survive there?!