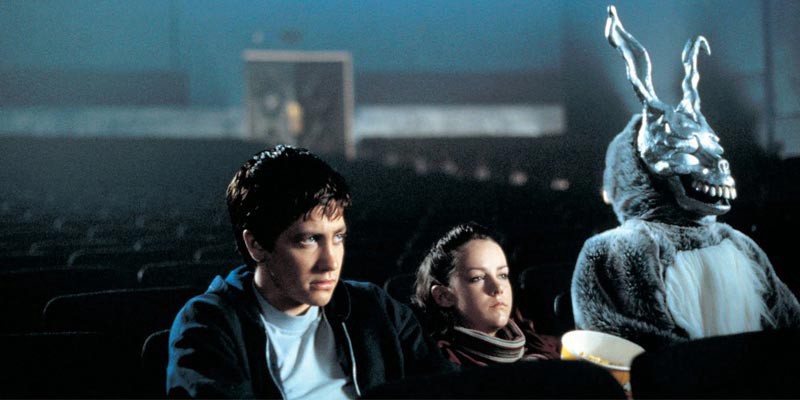 8 Incredible Movies That Will Blow Your Mind

Martin Scorsese’s “Shutter Island” is a neo-noir psychological thriller in which two US marshals investigate the disappearance of a murderer who escaped from a mental institution for the criminally insane. Cinemagoers may feel dizzy after watching the movie due to its many twists and turns. This film, faithfully adapted from a book by Dennis Lehane, beautifully attacks the senses of the audience, leaving them with all the pieces of the puzzle. With a surprising ending, “Shutter Island” features actors such as Ben Kingsley, Leonardo DiCaprio, and Mark Ruffalo.

A brilliant, suspenseful, and utterly original thriller, “Memento” was written and directed by Christopher Nolan. Guy Pearce plays Leonard Shelby, a man who can’t form new memories after his wife was murdered.

“Memento” is an exceptional achievement in modern cinema as it forces the audience to participate in the narrative as, like the protagonist, they have no idea what’s going on. A revolution in narrative style and dramatic undertones made it an instant classic.

“Memento” will frustrate and scare you with every scene change. The film isn’t what it seems; it’s not real, it’s not certain. Watching scene after scene, straining to find out the truth, leaves you wondering whether or not the truth is revealed. In “Memento” you will be challenged as well as tantalize.

In 2001, Jake Gyllenhaal starred in the movie “Donnie Darko”, which was about a troubled teenager who began seeing visions of a man with a bunny suit, who led Donnie to commit crimes. Through the course of the film, the film inspires hope, love, dread, laughter, and tears at different points.

The story of “Donnie Darko” is rich and complex, requiring multiple viewings. In addition to the visually stunning film, the soundtrack is hauntingly beautiful. An intriguing story will have you thinking about the possibilities each of the characters offer. With its ability to seamlessly integrate different genres, “Donnie Darko” is a captivating experience.

Christopher Nolan created something for ages when he created “Inception.” It’s a fantastic ride with stunning cinematography and Hans Zimmer’s music is simply beautiful. In addition to Tom Hardy, all of the actors in this movie are excellent.

Dom Cobb, along with his team, works to get into people’s subconsciouses and steal what they most value – their ideas. ‘Inception’ has a multilayered plot that takes its audience on a journey through all kinds of action while also reflecting Cobb’s emotions. The jaw-dropping visuals, imaginative story, and technological brilliance of “Inception” will leave you speechless.

This quirky drama with a dose of science fiction stars Jim Carrey and Kate Winslet, both of whom provide fantastic performances and show their versatility as actors. When a couple’s relationship goes sour, a man and a woman erase each other’s memory from each other’s minds. It has a lot of poignancy and nuance, giving the film a romantic depth that leaves the audience with a bittersweet sense of farewell. We are dazzled by the complexities of the human mind and all its marvelous possibilities in the film.

Charles Kaufman and Michel Gondry crafted a film that is both engrossing and emotional, with a narrative that brings audience members to their knees. Despite its unusual setting, the story never becomes excessive. A journey into a fantasy world unfolds in “Eternal Sunshine of a Spotless Mind,” showing us the power of our subconscious.

The film “Jacob’s Ladder”, directed by Adrian Lyne, is disturbing, dark, and terrifying, pushing the conventions of filmmaking today. We become attached to the protagonist, Aaron Jacob, made perfect by Tim Robbins, and become anxious to crack the mystery, making us so sympathize with his character, Jacob. It’s one of those movies that you think about before a bitter conclusion turns everything upside down.

As you climb Jacob’s ladder, you’ll encounter an experience that’s intimidating yet rewarding, brutal yet exhilarating, an experience that’s unparalleled. You can’t think, feel or believe anything other than what this film inspires in you. As a result of the atmosphere created by this film, the viewer is curious and becomes tenser.

It is based on Chuck Palahniuk’s novel of the same name, which was adapted by David Fincher into the 1999 film, directed by David Fincher and starring Ed Norton and Brad Pitt. After gaining some popularity now, “Fight Club” still struggled to find an audience, failing at the box office. A depressed insomniac, Norton is alienated by his surroundings. As a result of his desperation to feel something, he starts attending support groups. He is drawn to Tyler Durden’s devil-may-care attitude and forms a friendship with him.

Incredibly playful, this film does a lot with linear time, making shocking observations about our consumer-driven society. It is dark and disturbing in many ways as it makes bold statements about our consumer-driven society. Films like “Fight Club” challenge the status quo and offer a wake-up call to people living in this materialistic society. “Fight Club” is a feast for both the eyes as well as the brain, with its tightly held script, brilliant direction, outstanding acting, and fantastic cinematography.

Blade Runner is a compelling science fiction movie that explores the nature of society in the age of technology. In addition to its dark deceptions of futuristic cityscapes, the movie is filled with philosophical themes that make it a timeless classic. The movie’s climax beautifully unites all its themes.

A bluish haze dominates the screen to give the impression that the film is portraying a gritty urban environment, despite the science fiction and futurist plot. Ford plays a police officer, Rick Deckard, in a decrepit Los Angeles; the film requires audience participation since it’s a visually-driven tale that does not rely on special effects. Ridley Scott, a true cinematographic visionary, crafted “Blade Runner” with impeccable taste.