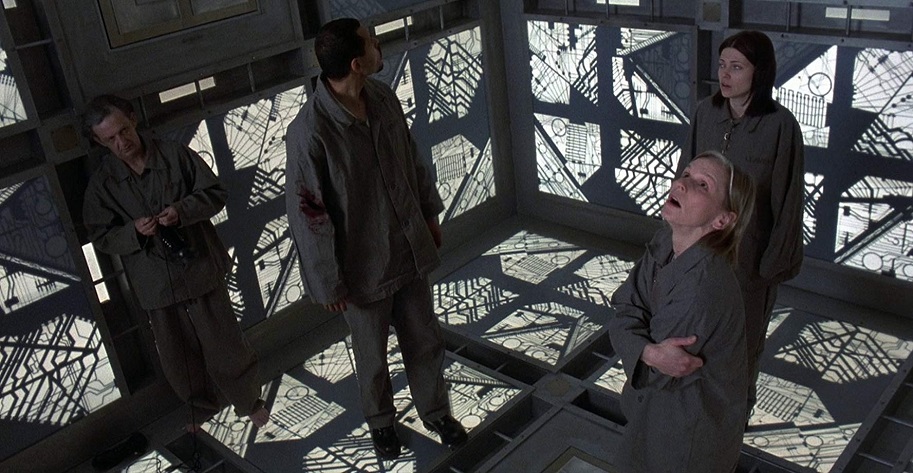 The year is 3000. Humankind is no match for the greedy and manipulative race of aliens known as Psychlos. Led by the powerful Terl, the Psychlos are draining Earth’s natural resources for gaining the ultimate profit. What is even worse is that they are using the broken remnants of humanity as slaves to do it. With the remaining human race descended into a near primitive state, now it is up to Tyler to save mankind.

Mr. Fuller is a wealthy man living in Los Angeles. When he discovers a shocking secret about the world he lives in, he starting fearing that his life might be in danger. In desperation,  he leaves a message for his friend in the most unexpected place.

A group of strangers finds themselves trapped in a maze-like prison. It soon becomes clear that each of them possesses the peculiar skills necessary to escape if they don’t wind up dead first.

Close Encounters of the Third Kind (1977)

A line-worker encounters with UFOs and feels drawn to an isolated area in the wilderness. There, he is about to witness something spectacular.

In the future, human cloning is a profit-making business for multi-national corporations. However, it becomes personal for one man, when he meets a clone of himself. What unfolds before him is a grand conspiracy about clones taking over the world.

Supernatural beings have taken over a European city. In order to eliminate the beings and save the world, a special-ops team is dispatched to fight these horrid creatures. Will the team be able to stop them? Or, is there something more terrifying awaiting them.

In the future time travel becomes illegal and only available on the black market. The mob uses the technology to get rid of someone, by sending them 30 years into the past. Joe is one of the many loopers, hired guns who are assigned to kill such people sent to the past.  All was going well for him and he was getting rich until the mob decided to send back Joe’s future self for assassination.

Monstrous Kaijus started rising from the sea and a new war has begun with humanity and them. Massive robots called Jaegers were assigned to fight off these monsters.  However, it needs two pilots and their minds locked in a neural bridge to control these humongous machines.  During this hostile situation a washed-up former pilot (Charlie Hunnam) and an untested trainee (Rinko Kikuchi) have no choice but to form an unlikely team and mankind’s last hope.