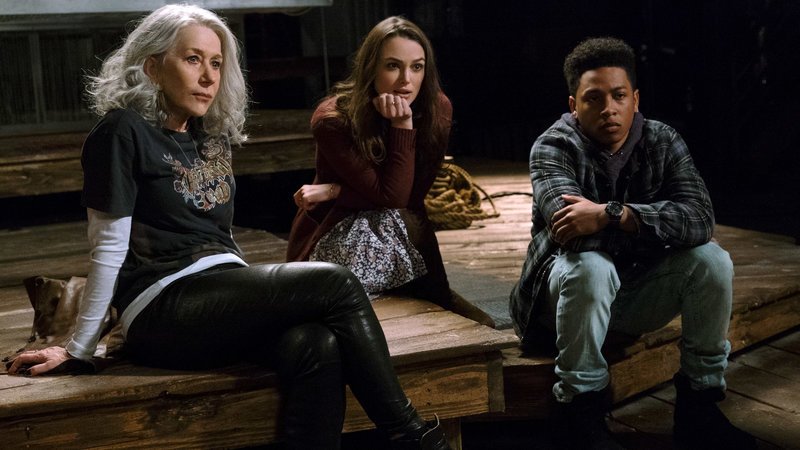 8 Best Movies On Netflix To Watch With Your Family

Sometimes the best option to spend time with our family is by watching movies. However, finding the right one that could entertain all the family members and be kid-friendly at the same time can be a challenge. With the arrival of streaming platforms, our viewing options have become vast and wide. But, that didn’t solve the problem. That’s why we’ve specially curated a list of the best movie-watching options for all ages to enjoy on Netflix.

Here is our list of 8 best family-friendly movies on Netflix.

Spiderman gets killed and now it’s up to Miles Morales to take his place. He has already got the superpower after getting bitten by a spider.  However, things get out of control as he meets alternate versions of spiderman on an epic battle to save the multiverse.

Based on the extraordinary life of one of the most brilliant minds we have ever seen, The Theory of Everything is about none other than the renowned astrophysicist Stephen Hawking. His life, his relationship with fellow Cambridge student Jane Wilde, and his struggles are inspiring and deeply moving.

This movie has a true story of survival that will surely inspire your children.  Amberley Snyder is a nationally ranked barrel racer. After barely surviving an automobile accident, she is now paralyzed from the waist down. But with strong will-power and determination, she fights back to her place in the sport she loves.

We all know this epic tale, right? Now, it’s time that your kids see this one too. Mowgli is a boy who was raised in the jungle by a pack of wolves. The villainous Shere Khan, a tiger, is out to kill him. But with the help of a mentor panther and a friendly bear, Mowgli escapes his clutches.

Edgar Wright is known for his iconic movie-making style and brilliant transitions that he uses. Scott Pilgrim is a 23-year-old Canadian gamer. But, his real ambition is to become a famous rockstar. He eventually falls in love with an American delivery girl named Ramona Flowers. But, in order to date her, he must now defeat her seven evil exes.

The Little Prince is an animated composition, based on Antoine de Saint-Exupéry’s 1943 children’s classic. The movie is about a relationship between a child and her aviator neighbor.  However, the center character is the little prince from outer space. He comes to the earth and falls in love with a high strung rose. But as time passes he grows up to lose his innocence and starts accepting the ruthless norms of the world.

We all love this one for its ambitious- yet brilliant take on an imaginary hidden society that has found a balance between tradition and technology. Although there are some sloppy parts, this superhero movie has some serious political and cultural undertones. The completely functional plot and its cultural connections make this one more than just excellent.