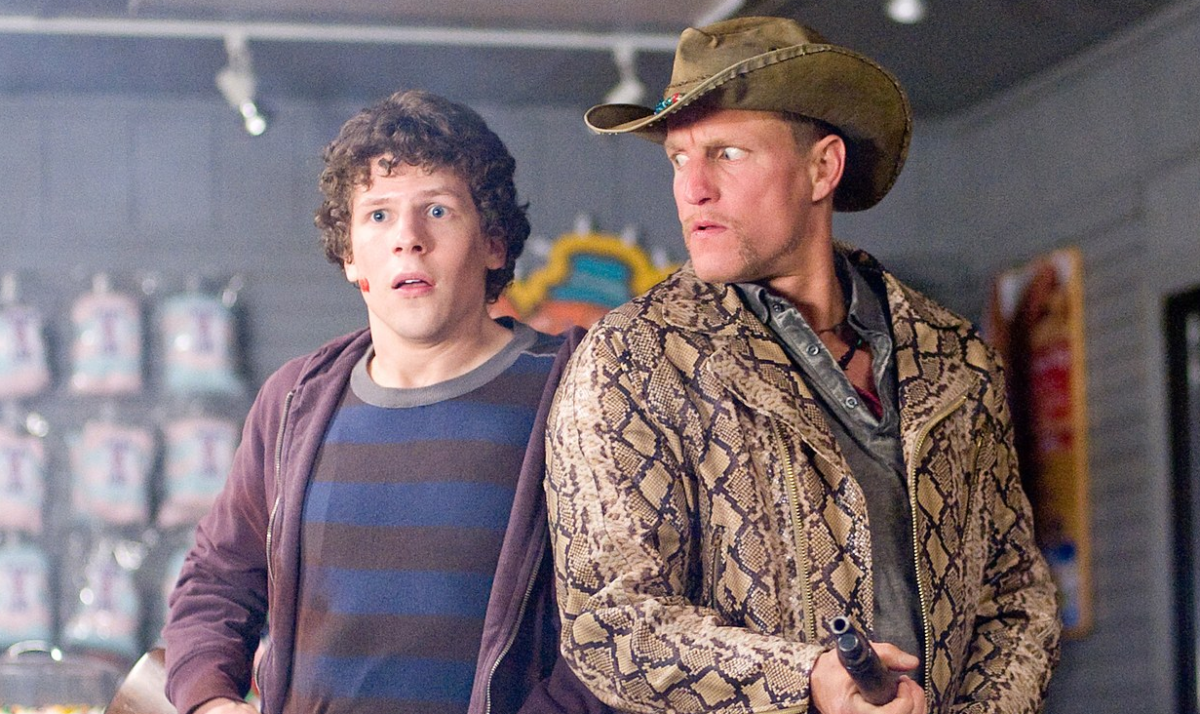 Marty is a struggling writer who is working on a screenplay. When his oddball friends kidnap a gangster’s beloved Shih Tzu, he inadvertently becomes entangled in the Los Angeles criminal underworld. Will the writer and his friends be able to outwit from this predicament, or will it cost their life?!

The world has been taken over by zombies and only a few are left to survive in the post-apocalyptic world. One among them is Columbus who has the habit of running away from what scares him. On the other hand, Tallahassee doesn’t have fears. Other than fighting the deadly zombies, these two perfectly evolved survivors are at their greatest challenge-tolerating each other.

The People vs. Larry Flynt

Larry Flynt is the offensive, indomitable, publisher of Hustler magazine. The film explores his efforts to make an honest living publishing his girlie magazine. However, soon it changes into a fight for freedom of speech for all people.

Frank Hamer and Manny Gault are two former Texas Rangers. They are commissioned to put an end to the wave of mutinous crimes executed by Bonnie Parker and Clyde Barrow.  Even though they are notorious robbers and cold-blooded killers,  they are worshiped by the public.

Will Montgomery is a U.S. Army Staff Sergeant. After returning home from, he is assigned to the Army’s Casualty Notification service. Their Montgomery is assigned to deliver notice to the families of fallen soldiers with Captain Tony Stone (Woody Harrelson). However, when he met Olivia Pitterson to deliver the news of her husband’s death, he is drawn to her.

Roy Munson used to be bowler before losing his hand to the wrong crowd. Now, he is left with a hook for a hand and has settled into impoverished obscurity. However, when he discovers that an Amish kid named Ishmael has the skills to become the next big bowling sensation, he is back on the circuit to settle some old score with Bif Ern.

When it comes to being an unlikely pair of basketball players, Billy Hoyle and Sidney Deane on the top of the list. however, they have to team up no matter what to pull off a con that can get them way across the courts of Los Angeles. Will they be able to win a game that’s fast dangerous – and funny.