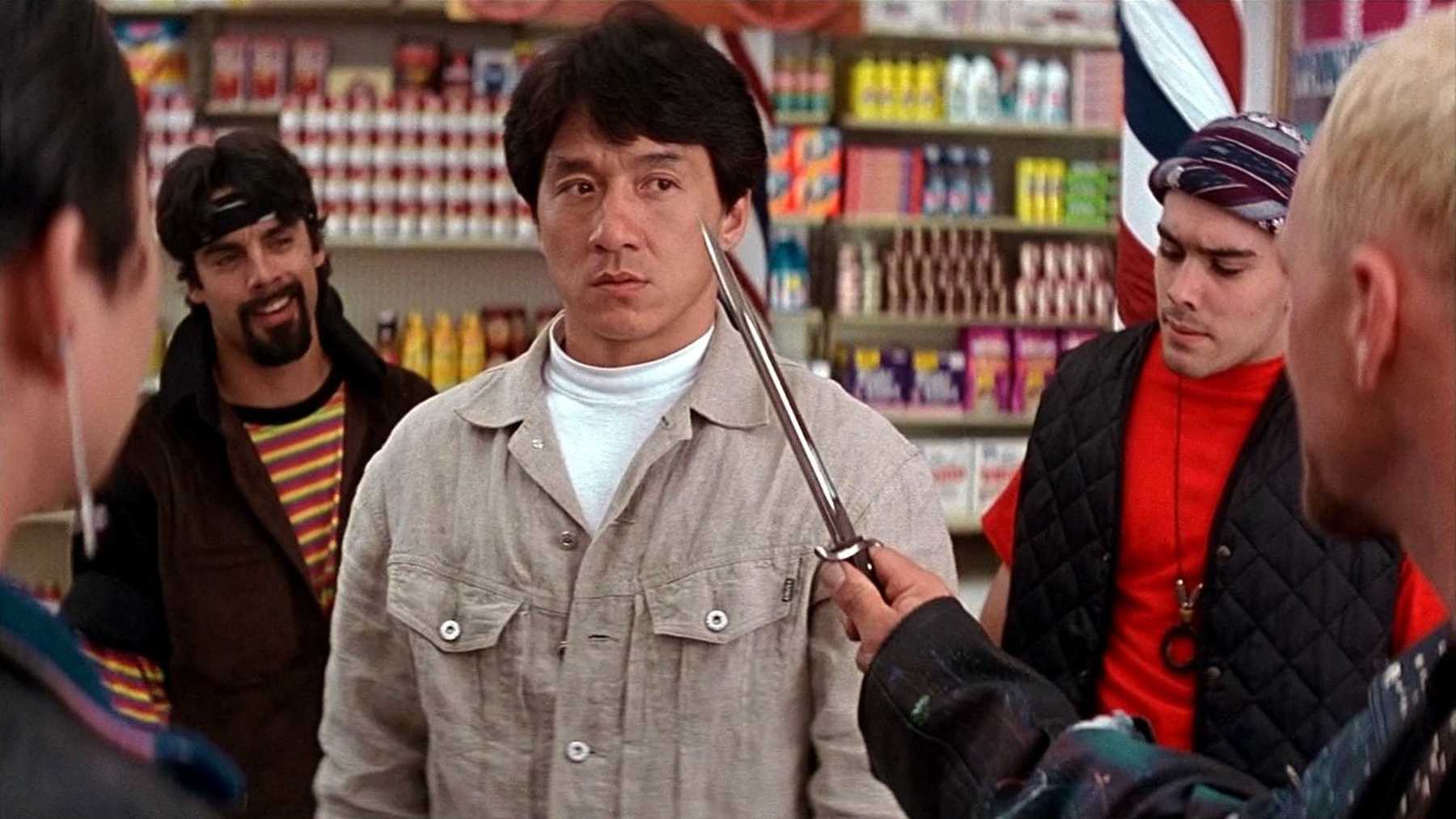 7 Reasons Why You Should Watch Rumble in the Bronx

Rumble in the Bronx released in 1996 in the U.S. and this was the breakout film for the legendary Jackie Chan. He was already a huge international superstar by the time, but this is how American audience got the taste of his talent. The film is an incredible blend of comedy and Kung Fu. The story follows Keung who arrives in the Bronx for a relative’s wedding. How wrong could things go on arrival? Well, he gets caught up with a vicious group of bikers and diamond thieves. And that’s how the rumble began.

But there are some interesting details about the film that you never heard of:

Though the title says the Bronx, the film was actually filmed in Vancouver. The New York citizens can figure this by taking one good look at the film. A section of the audience thought it wasn’t justified to the title. But Chan had different thoughts on this. He told his biographer, that people fishing for realism are missing the bigger idea.

Chan enjoyed success for his films thought the 80s and 90s in Asia. Rumble in the Bronx was his fourth Hollywood venture with Battle Creek Brawl, The Cannonball Run and The Protector being the first three. But the earlier three did not create waves as this one did.

Jackie Chan fans go to watch his films with one true motive. To witness his Kung Fu skills to the fullest. When first three films in Hollywood failed to create an impact, Chan decided to apply the formula of his Asian films to a western audience and just changed the place where the film was based to help them connect.

The film opened on 1736 screens. Box office records in Hong Kong were at their all-time high.

The behind the scenes stories of the film are rather interesting and inspiring. Jackie Chan sustained an injury during the shoot but went to great lengths to achieve the best shot even while he was on a wheelchair. The makers took close shots of Chan to make it look like he was running but in reality, he was only leaning on a wheelchair and moving ahead with his arms.

For a major part of his career, the actor has worked with almost the same filmmakers. His uncle from Rumble in the Bronx appeared with him in Police Story. The stunt coordinator Sammo Hung is Chan’s classmate from the Peking Opera School when they were kids. Stanley Tong, the director of this film worked with Chan on five other projects.

The breakout role he was looking for in American movies was not coming along. Sylvester Stallone, Chan’s closest friend in Hollywood offered him a role in Demolition Man, but he turned it down. He said in I am Jackie Chan “Another film Stallone offered me was Demolition Man, a movie with Sandra Bullock from the movie Speed. He wanted me to play a supervillain running loose in the far future, chased by a super cop, played by him. I didn’t feel right about that role either. It ended up going to Wesley Snipes—so the two people I’d wanted to work with, and couldn’t, ended up working with each other.”