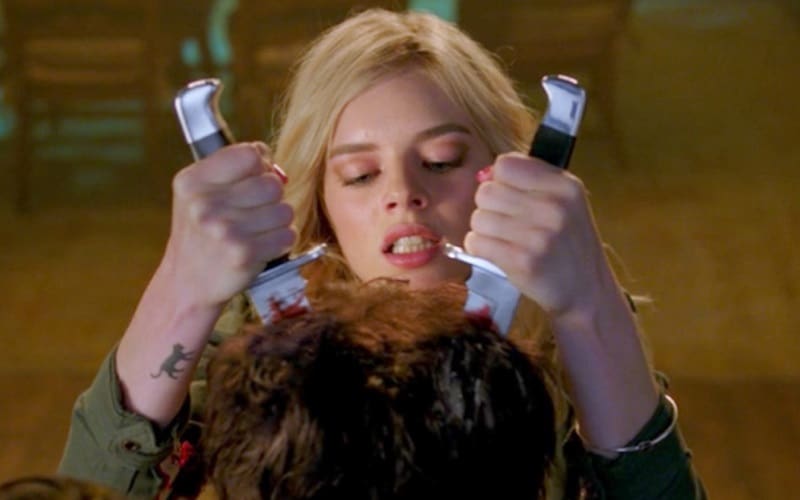 7 Movies On Netflix That Are Too Scary To Watch

There is no doubt that the horror genre is going through a creatively robust period. Though moviemakers have explored almost all aspects of the genre, there are still more horror movies releasing, day after day. But, let’s be honest. Many of these movies are just B-grade flick and others are just plain garbage. But, if you take some effort and weed out the trash, there are some hidden gems waiting for you.

Luckily, we have decided to cut down the trash and picking up the right ones for you. We have gone through almost all the horror movies available on Netflix and trimmed down 7 of the best horror movies on the platform.

The usual tale of a sinister creature in the forest story. Four humans have made their way in the woods as a part of college reunion and are relentlessly hunted by an unseen force. With plenty of spooky vibes, the horror movie seems perfect for Halloween season.

I Am The Pretty Thing That Lives in the House

A horror comedy that is just right for Halloween mood. A young woman, hired to babysit a boy secretly performs satanic rituals every night the boy is asleep. Until one day the boy defies his usual sleep schedule and walks in on her shenanigans only to strike up a rivalry against a group of handsome but insatiable young adults ready to do anything to fulfill their desires.

The film begins with Daniel Radcliffe’s character being a suspect in the mysterious death of his girlfriend and him waking up one morning with a new set of horns. With the horns grow his wicked humor and ability to influence people to speak out their deepest desires. Based on Joe Hill’s novel of the same name, the movie is a tale of revenge, exploring the weirdness of the supernatural world.