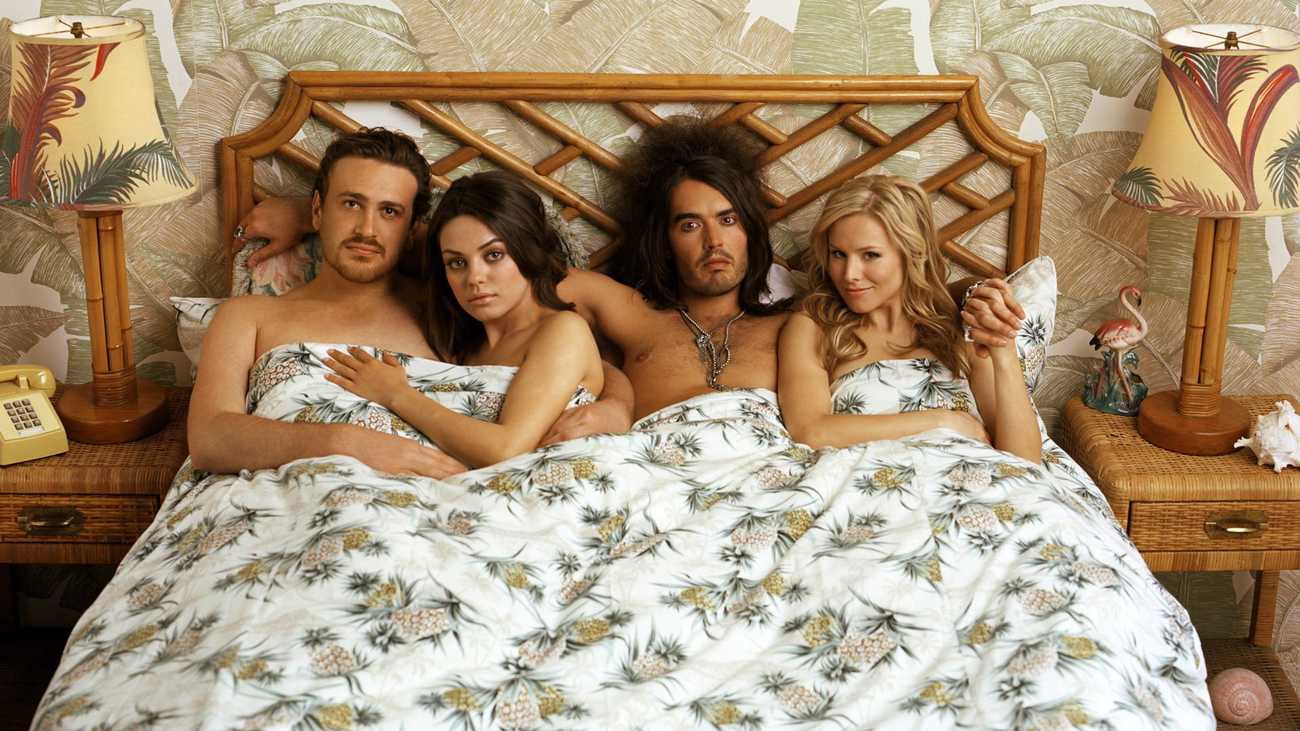 7 Movies About Relationships To Watch With Your Crush

Movies are known to reflect our emotions. There is always a movie for every emotion, especially our love towards that someone special. Here are some of the best romantic movies that you can watch with your crush.

Jim Carrey is known for his traditional slapstick comedy performances. As an actor, this movie marks the first time he has taken a serious role, that too in a romantic drama with Kate Winslet. The movie revolves around two couples who decided to erase each other from their memories. Told in a non-linear narrative style and filled with sci-fi and psychological elements, this love story went on to win the best original screenplay award and is considered as one of  Jim Carrey’s crowning achievements.

Peter recently had a huge breakup. Fortunately, he has a plan to overcome the heartbreak- go on a solo vacation to a luxurious beautiful Hawaiian resort. Things never go according to plans, and it seems like Sarah has checked in the same resort as his. What more do you need for an all-out comedy entertainer. Though the movie does not follow the traditional convention of a romantic comedy, it is sure to make you feel happy and lovable.

What does theoretical physicist Stephen Hawking have to do with love? Apparently, his biographical film has more romance and love than any romantic drama out there. This tender tale tells the beautiful love story between the renowned scientific mind and Jane, his girlfriend, and later wife. After being diagnosed with amyotrophic lateral sclerosis at a young age, the movie depicts how their relationship has given him the purpose to live. Considering the fact that the movie is based on actual events makes it even more heart-warming.

Nicholas Spark is known for his love stories. When his most beloved novel was made into a movie, however, people had mixed reviews. However, over the years the movie did develop its cult followers and is today recognized by many as one of the most iconic love stories of all time. The movie has Ryan Gosling and Rachel McAdams in the lead roles.

This 1993 romance is a timeless classic without a doubt.  Tom Hanks plays the role of Sam Baldwin, a widower who is looking to start over his life by moving to a houseboat in Seattle with his 8-year-old son Jonah. There he comes across Annie played by Meg Ryan. The two develop feelings for each other and with the help of his son, they start to move closer and together.

Someone Great marks the directorial debut of Jennifer Kaytin Robinson, the screenwriter for Marvel’s Thor: Love & Thunder. Jenny Young is a music journalist who is looking to take up her dream job in New York. Before making the big move, her two best friends decided to go on one last adventure to help be more determined about moving forward and not looking back.

Two corporate assistants are fed up with their domineering bosses. In order to keep them engaged, the two assistants decide to get the two bosses to fall in love. However, it looks like they are not willing to stop being so demanding. In the process, the two assistants actually fall in love with each other. If you are a fan of rom-coms, Set It Up is sure to make you feel good with love. There are also plenty of laughs to keep you entertained as well.