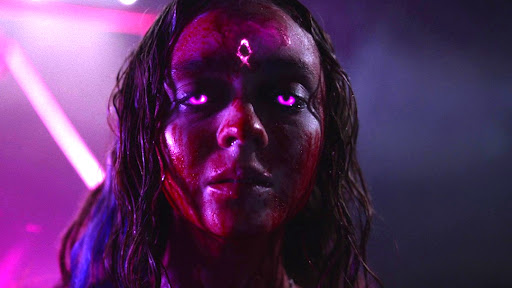 7 Hidden Gems of 2020 Worth Watching Now

With the pandemic and the theatres closed down, it is easy to miss out on some of the hidden gems. These movies may not have a star-studded cast or major studio support, they are masterpieces when it comes to the content and presentation. Luckily, we have made a list of best-underrated movies released so far.

From the first view, it is understandable that this movie is inspired by the events that happened around the Weinstein Company. The movie revolves around a low-level employee of a New York-based film studio, who is tasked with taking calls, making copies, and scrubbing bodily fluids out of her boss’s office room couch. Kitty Green directed and scripted the movie to be a truthful portrayal of a toxic workplace and how the system continues to allow its existence.

This movie may not be what you want it to be. But, if you are okay to accept it, then it is sure to be entertaining. After the Harry Potter movies, Daniel Radcliffe is determined to establish himself as a serious actor by taking up characters far away from Hogwarts. His latest attempt is in Guns Akimbo in which the actor is forced into a fight-to-death match called Skizm. With his hands literally screwed to guns, this black comedy is filled with ridiculous gunfights and car chases.

We know how love-dramas work. A couple will be deeply in love with each other. Something will come in between them and lead to a rough patch. The Photograph takes careful steps to avoid the cliches and gives a refreshing new perspective to romantic dramas. Mae is one of the central characters whose mother is a famous photographer. A love affair is born when she meets Micheal who is a journalist doing a story on her mother.

Color Out of Space

Nicolas Cage is known for his long list of flops. So, finding an underrated movie from it can be challenging. However, Color Out of Space is worth mentioning for the novelty in the concept it presents. The movie is based on the 1927 short story by H.P. Lovecraft and tells the story of the Gardner family who has moved to the idyllic woods of Massachusetts. As each of the members of the family is going through their own personal trauma, a meteorite falls nearby and changes their lives and surroundings.

This movie is a perfect example to show that you don’t need dramatic music or long emotional dialogues. Starring Liam Nesson and Lesley Manville, Ordinary Love is about a couple in their 60’s.  Lesley Manville’s character finds a lump on one of her breasts and goes through diagnostic procedures and surgeries. Though not much is shared about the characters, we are instantly connected with the characters and their strong, subtle love for each other.

If you are a fan of psychological thrillers, then this bizarre tale is sure to get your attention. The story has Hunter as the central character who is married into a wealthy family. Over the course of time, she gets the fixation to swallow sharp inanimate objects. This becomes, even more, deadlier when it is revealed that she is pregnant. There is no doubt that this movie is disturbing and truly difficult to watch. However, its subtext about women losing their power over themselves and becoming only a physical agency is bold and worth mentioning.

The Netflix movie has Alison Brie playing the role of the protagonist who loves horses. Well, that is the only real thing you will get from this movie. From there, the movie is a surreal journey through the mental breakdown of a woman. Fun fact is that Horse Girl co-written by Brie herself, being inspired by her family history of mental illness. Whatever the muse may be, the movie is a surprising blend of fantasy and reality that is sure to be both entertaining and disorienting at the same time.