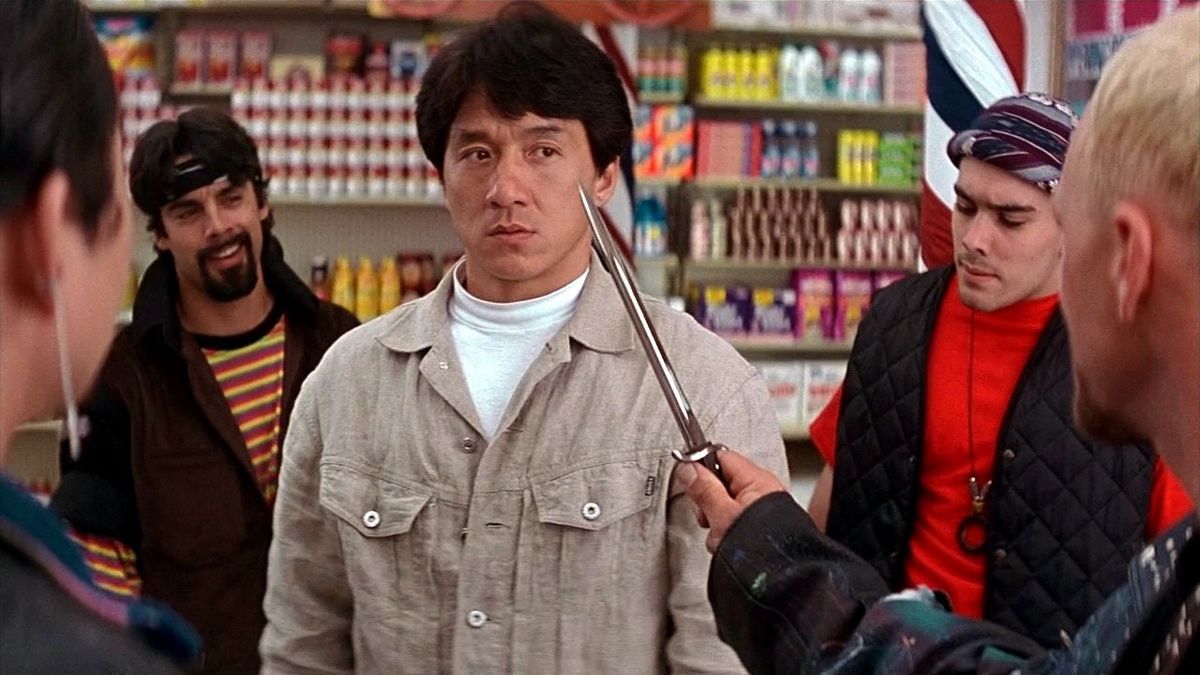 Jackie Chan is not only one of the most essential cinematic entertainers of all time because of his unmatched athletic abilities, but also because of his knowledge of the cinematic language, from framing to editing, and how he utilizes that to better realize his stunts.

In “The Young Master,” Chan’s second film behind the camera (after “Fearless Hyena”, also very good but less accomplished), he captures two decades of Hong Kong martial arts cinema in a single film. With a strong sense of rhythm, outstanding movement, and such a unique sense of comedy timing, Chan stages fight after fight drawing inspiration from the masters who had directed him up to that point, especially Yuen Woo-ping.

Jackie was not only a performer with unmatched energy and charisma, she was an intelligent director from very early on as well. As the title character of this picture, he was already a master at the tender age of 25 – which is the age he was when he helmed this film.

“Crime Story” proves that had he ever had the desire to shed his comedic persona for a more serious one, Jackie Chan would have succeeded at the same level.

Unlike most of Chan’s films, Kirk Wong’s is devoid of silliness, and the action is reminiscent of the heroic bloodshed of John Woo and Ringo Lam, with a lot of shootouts. The purpose of this stripped-down, gritty procedural (based on a true story, no less) is for Chan to play a dramatic role.

It’s so unique from his usual performances that it earned him a Golden Bear for Best Actor and led Taiwanese filmmaker Edward Yang to proclaim that he should have won an Oscar. Chan didn’t quite make it, but that seal of approval is even better.

Sammo Hung is Jackie’s Hardy, and Ginger is his Fred, a wonderful duo that is also extraordinarily athletic, agile, and choreographically brilliant. The difference is that they don’t dance; they fight.

In addition to co-starring in a number of movies together, they also served as directors, taking turns directing each film. They met and became friends at the renowned Peking Opera School. Sammo Hung’s “Dragons Forever” reflects his own distinct sensibility. In this film, together with Yuen Biao, he surprisingly creates a kung fu equivalent of the three stooges, which features physical gags, humorous misunderstandings, and an all-timer fight scene.

It all works equally well: Hong Kong comedy can be challenging to translate for a foreign audience, but “Dragons Forever” is among the funniest and most accessible films. It contains several hilarious scenes (especially when Sammo and Yuen break into Jackie’s house while he’s on a date), not in small part because of the chemistry between the three leads.

“Rumble in the Bronx” launched Jackie Chan into international stardom, heralding the start of his increasingly underwhelming American phase. Though specifically made for a foreign audience, this is unmistakably a Hong Kong film.

Despite the atrocious dubbing (always find the subtitled versions of everything) or how obviously non-New York the film is, the biggest indicator of the movie’s true nationality is its clean action and wild stunts. Tong eschews the American comparison of chopping Chan’s beautiful movements, robbing them of the fluidity they have earned over decades. Instead, he deliberately places and paces the camera, making use of the set pieces in a way that benefits the narrative.

Among Jackie Chan’s many Lo Wei films, none has gone down as well as “Drunken Master,” which was the apex of his first phase of fame.

Aside from being a comic period drama as most of Shaw’s films, the film follows a Shaw favorite arc, that of a cocky kung fu student who is defeated by a more powerful opponent and must train and improve himself to face him again. There are lots of zooms (in and out) and wide shots to showcase the fight choreography, just like in the studio’s videos.

Yuen Woo-ping, a choreographer and director even from an early age, makes each fight more inventive, fun, and energetic than the last, all centered around a superbly skilled performer. It is a pleasure to watch “Drunken Master” from beginning to end.