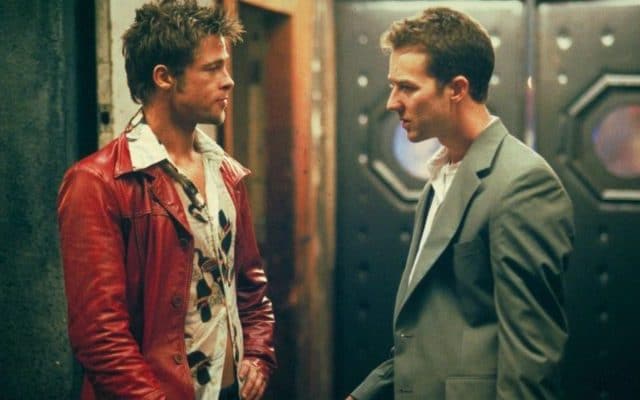 There is nothing more exciting in a movie than the brilliant misdirection that’s thrown right in our face.

Here we are picking out the top ten best movie twists of all time. So there will be some major movie-ruining spoilers ahead. If you haven’t seen anyone of the movies listed below, its okay to skip.

For everyone who’s still here,  let’s kick it off.

The Time And Place Twist: Planet of the Apes

While the vast majority of twists are aimed to deceive us about either the what or the who, there are a few that mislead us in terms of where and when. Movies like Triangle and The Village gave us similar twists. But none will even come close to the ending of the Planet of the Apes.

The idea that they were on Earth the whole time is absolutely brilliant and completely unexpected.  Released in the 60s, this ape twist set the recipe for great movie twists later.

These types of twists are a common element is heist movies. We love this kind of twist because it takes advantage of our own hubris. Just when we think we’re ahead of the plot, fully informed, and upon every aspect of the scheme, we realize that we too are being duped. The Sting presents the audience with one such excellent twist from this category.

In many ways, we too are similar to Lonnegan in the movie. Without realizing that everything is part of the con, we commit the exact same mistake he does- overbetting our hand.

The Unexpected Bad Guy: Murder on the Orient Express

If you’ve ever watched Scooby-Doo, you’ll be familiar with these twists. Though there are many great movies that given us such awesome twists, Murder on the Orient Express threw in an extra twist on top. And for that, it needs to be on the list.

Based on the Agatha Christie novel, the movie presents an incredibly complex portrait of 13 strangers suspicious in the murder of Cassidy. While initially, it seems that there is nothing connecting any of the suspects, it emerges that the one thing they have in common is that they all have a reasonable motive. And that’s the twist. The killer is not one, but everyone. The perfect coverup for who’s guilty was that they’re all guilty.

It Was All A Dream: The Wizard of Oz

This is perhaps one of the most controversial and occasionally obnoxious twists commonly found in the film. We’re talking about movies like The Matrix and Source Code that play with the concept of what is real and not. But nothing uses this more brilliantly than the original, the magical and the lovable The Wizard of Oz.

Though this plot twist is considered pretty frustrating and lazy writing, In when it seems like something really interesting and subversive is going on, in The Wizard of Oz, the dream world helps Dorothy subconsciously work out her conflicts in a symbolic way.

All In The Protagonist’s Head: Fight Club

The twist, of course, comes from detangling the fantasy from the reality. These are films where the audience experiences the delusions alongside their unreliable narrator. There is only one movie that comes to our mind when we read this description and that’s Fight Club.

Probably one of the most popular twists of the last few decades, Fight Club manages to slip an entire character by us without us noticing. A character who interacts with all kinds of different characters that tend to keep their hallucinations separate.

Identity Mixup: The Empire Strikes Back

Yes! There are movies like Frailty, Matchstick Men and The Crying Game giving as the best of this plot twist. But, none will be as iconic as this one.

As far as twists go, The reveal of who is Luke’s father is perhaps one of the biggest reveals in movie history. The question is how did they keep it a secret? Well, they lied about it in the script and to just about everybody but Lucas and Hamill, then overdubbed the line later.

Don’t get confused with the previous one. This one is entirely different. Instead of realizing we’ve confused someone for another, we realized they’re the exact same person.

With some brilliant contenders to fight for the top spot in this category, it’s tough to find the best one. However, the Norman Bates reveals in Psycho will always stay remarkable. One would ever expect mild-mannered Norman to actually dress up as his dead mother and kill protagonists weirdly early in the movie. This thriller still messes with our heads when we watch it and for that, it remains one of the best movie plot twists of all time.

But, we know that you still have some more awesome movie twists that you want to share with us. Let us know which movie surprised you the most.