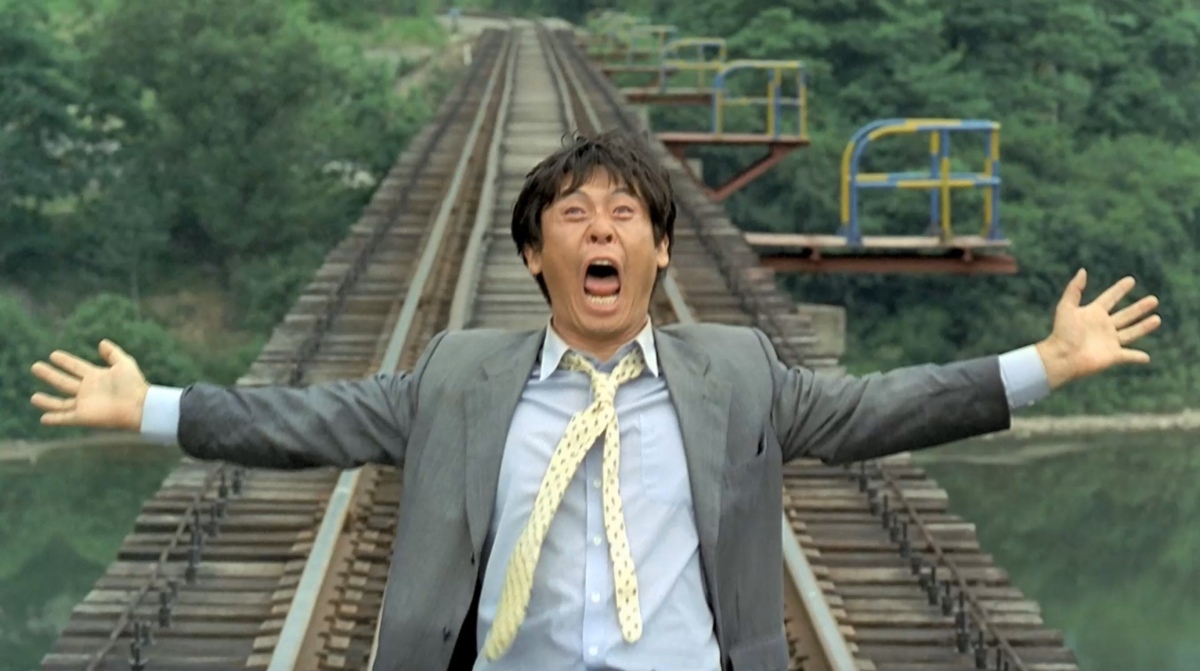 5 Korean Movies That You Should Watch

There is a balancing act involved with tonality in the action-comedy genre that is often difficult to master. Too much exaggerated humor will come across as false, and too much hardcore action will sound like a glorification of violence. Veteran, however, walks that fine line. The film never goes overboard without justification, and it never forgets to blend a sharp comedic edge with a dark and gritty theme.

In Veteran, a witty but slightly unhinged cop seeks justice for a friend savagely beaten by a playboy-ish CEO slash gangster. On-screen, the cops and gangsters are given equal time to show their humanity, despite their vastly different moral standpoints.

With its socialist themes and capitalist overtones, the film is relevant on so many levels of modern capitalist culture. By highlighting the nonchalance of those at the top to the real problems facing those at the bottom, it attempts to underscore the difference between the rich and the poor within a large organization.

Film’s cinematography is complemented by its striking use of color, which complements its well-choreographed action sequences. It often feels like Lethal Weapon in its tone, though Lethal Weapon was never as socially conscious as this.

The title may suggest otherwise, but there are no instances of pigs falling into wells during the 2-hour film. As a result, we see four different narrative perspectives from four connected characters and their viewpoints.

The film does not show much more than a depressing and staunch reality that brings its characters together out of their shared wish to be loved. As we observe their lives and the sparse moments of pleasure that they all seek, we are given the sense that they are all lost in some way in each of the four frames.

As their feelings toward each other are revealed, the audience is given a physical manifestation of that emotion to cement how each wants to be treated by their partners.

Each of the four characters in The Day A Pig Fell Into A Well slowly unravels through their own experiences and deep emotional turmoil, which makes sense of the title. It represents the hopelessness of being trapped in a metaphoric well, thrashing around, and feeling incapable of help as you look up at society.

Hong Sangsoo’s choice of neutral colors only serves to emphasize the fact that he wanted the film to feel soulless & unhappy without resorting to hyperbole in the process. Because of that, this 1996 film feels like it influenced some of Steven Soderbergh’s work in the early 2000s, narratively speaking.

When a filmmaker starts changing the narrative structure of a film, he or she faces a plethora of problems. The film must also maintain a coherent story arc without confusing the audience. Peppermint Candy succeeds in both of these endeavors.

Kim Young-ho’s tragic suicide at the end of the film is revealed backward, as he stands in front of a train at a reunion picnic to the horror of his friends and fellow classmates. From there, the story takes us through the events of the past 20 years, and the events which led to his death.

As a character study, Peppermint Candy is unrelenting in its portrayal of how regret and trauma can slowly wear down a person until they have pushed away everyone who has ever tried to care for them.

Kim Young-ho isn’t a clichéd tragic character from a bad novel, nor is he a good man with bad luck; rather, he is a bully and a liar who uses violence and anger to control others.

Since it is a fundamental pre-set precept for dramatic cinematic leads to be redeemed in some way and therefore gain the sympathy of the audience, Kim is such an entertaining character. In Peppermint Candy’s case, there is no redemption; Kim’s life is the result of his own actions and failures. While it is made clear that he might have been a good man once, that chance had already been lost by the time we first see him at his death.

The lead performance by Sol Kyung-gu is exemplary, and the cinematography serves as a bridge between more traditional Korean movies and the modernization of 21st-century films. The film’s use of color is subtle but beautifully crafted as it rolls backward, and it is all tied together by Lee Chang-dong’s intimate and manic direction.

Peppermint Candy’s narrative structure would make Christopher Nolan proud, and the story could have had a profound impact on Paul Thomas Anderson’s later work.

Keep an audience entertained while both lead characters say almost nothing throughout your movie is a rare talent, and this is exactly what The Way Home does.

The plot revolves around a 7-year-old boy named Sang-woo who is sent to live with his aging, mute grandmother while his mother searches for a job. He lives with his Grandmother who lives without electricity or running water in her home, which is unimaginable to a modernized Seoul boy who spends most of his time with his Gameboy.

He is unruly and spoiled when he first meets his grandmother and is constantly misbehaving in an attempt to get what he wants, yet she never punishes him for his behavior, instead of trying to make him happy by simple means.

Having the Grandmother be old enough to remember the Korean War and the much more basic ways in which people of that generation lived gives the film a feeling of a line being drawn between the new South Korea and the old. Unlike Sang-woo who is used to living in a capitalist haven, Sang-woo is a boy who enjoys the fruits of the modern era, as he has a Gameboy, has never been without running water, and has a Gameboy.

In the film, we see the new replacing the old, erstwhile parts of Korea lost to modernization and rapid expansion. Consequently, watching the dynamic between young Sang-woo and his Grandmother from a sociological standpoint is fascinating; how they gradually bond with one another and how he learns the importance of love over materialism is as heartwarming as any tale you’re likely to see. Credit must go to the director/screenwriter Lee Jeong-Hyang, and the way he deftly conveys a simple story without resorting to overly emotional platitudes.

It is important to embrace the new in a world that keeps moving forward, but it is equally as important to remember where we came from, both on an individual and a societal level. The Way Home reminds us of this, especially when it is performed with such great conviction by Kim Eul-boon and Yoo Seung-ho.

The film industry has long been fascinated by gangsters and their organizations. As Scorsese made a career out of narrating the adventures of violent mobsters and their cohorts, Korea has also made films that follow the exploits of a criminal underworld being pursued by the police.

In New World, we follow Lee Ja-sung, an undercover police mole who operates at the highest level of a criminal organization called Goldmoon, whose investigation is turned upside down when the leader of the criminal organization dies. The power struggle between those who seek to become the new leader begins with this event and how the factions mobilize as quickly as possible to seize control of the criminal empire.

As in a classic John Le-Carré novel, the plot twists and turns before revealing its true nature at the last moment.

The intense gravitas and mooted colors of New World never cease to captivate you. The film features a powerful script and well-timed performances from the ensemble cast, as well as powerful direction from Park Hoon-Jung. When watching Lee Ja-sung navigate his way through the snake pit of the Goldmoon organization, while also trying to avoid being discovered as a mole by his peers, one cannot feel at ease.

As the moral justification between the cops and the criminals blurs, Lee is forced to make choices that he never expected to face. This film feels like a combination of The Departed and The Godfather. This is a classic cops-and-robbers-style film with touchscreen phones and 21st-century cars, regardless of its modern sensibilities.