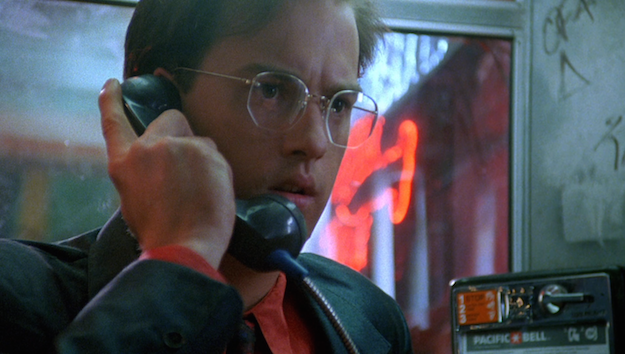 5 Brilliant Movies About The Nuclear Era

In California, a news crew catches an incident that reveals serious safety issues at a nuclear power plant. Aware of the danger, the reporters seek to raise public awareness of the potential ticking time bomb in their midst. Can they overcome public apathy and corporate indifference in time to prevent a catastrophe? James Bridges’ thriller is sure to keep you on the edge of your seat.

The China Syndrome features a star-studded cast including Jane Fonda, Jack Lemmon, and Michael Douglas. The book examines many well-known steps that could end up leading to a nuclear disaster, even though it is a fictional story. The China Syndrome, less sci-fi than thriller, puts the atomic threat squarely in our own backyard and explores how we may prevent it.

While this French New Wave classic has no action sequences or atomic explosion special effects, the aftershocks of nuclear disaster are evident in every frame. A conversation between Eiji Okada and Emmanuelle Riva, who portray French actresses and Japanese architects, is a key theme of this film. Hiroshima Mon Amour, set in Hiroshima soon after World War II, examines how an entire lifetime of experiences can be shaped by a single horrific event.

Humanity’s destructive impulses are explored in Hiroshima Mon Amour, a meditative meditation. It recalls melancholy memories of the past while displaying hope for a brighter future free from nuclear fear. Years later, it still holds an emotional impact.

In the aftermath of accidentally overhearing a random telephone call, a Los Angeles everyman is forced to save humanity from total extinction. There will be a nuclear attack within an hour, and our would-be hero has reason to believe the threat is real. Using a waitress he just met that morning, he makes the most of every remaining minute to thwart the looming catastrophe.

The Miracle Mile succeeds by putting part of the power in the hands of a citizen, unlike many movies in which faceless bureaucrats and politicians pull the strings. The fate of Los Angeles rests on Anthony Edwards’ shoulders, and his efforts to save lives without the benefit of money or influence make the anxiety immediate and personal. Put yourself in the shoes of a civilian hero in this underrated classic.

I Live In Fear

Akira Kurosawa tackled the topic of nuclear fear in this classic drama. He focuses on the psychological effects of atomic anxiety on a man whose life is turned upside down by what he perceives as an imminent attack.

Toshiro Mifune is a frequent Kurosawa collaborator in this story about Kiichi Nakajima, a shrewd businessman paralyzed by the threat of nuclear war who puts his family at extreme risk in order to protect them. While he is determined to start a new life on a farm in Brazil, he faces numerous obstacles, including family members who want him stopped for lack of competence. Despite losing his sanity and his life, his fear grows and his determination does not falter. The movie zooms in from the worldwide devastation that atomic warfare can cause to show us how individual lives can also be destroyed.

When the Wind Blows

A unique and brilliant take on nuclear fear – When the Wind Blows is an animated film based on Raymond Briggs’ comics of the same name. The unconventional style of this film only adds to the emotional impact it leaves on the viewer, and this is a story you won’t soon forget.

During a nuclear attack, an elderly couple living in the countryside of England prepares but is not well equipped to truly mitigate the damage. Despite their best intentions, they are still in danger. Following the initial attack, the aftereffects begin to take a devastating toll on the simple couple, and the film explores their plight in heartbreaking detail.

When the Wind Blows features a remarkable soundtrack by David Bowie, Roger Waters, and Genesis.