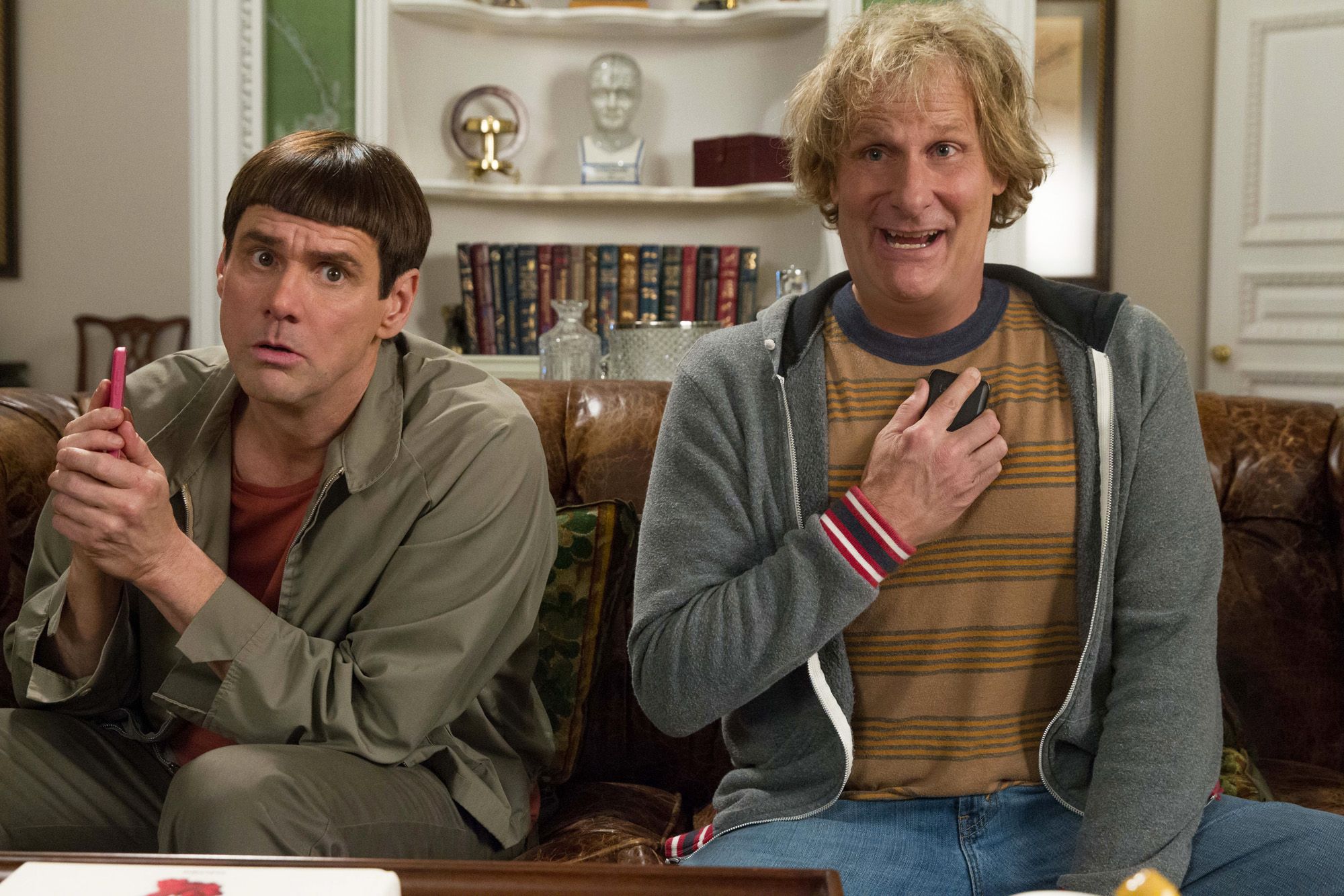 5 Best Jim Carrey Comedies For You To Re-Watch

Over the years, we have seen so many actors do great comedy on screen. Many have made us laugh with their sense of humor, comic timing and incredible acting skills have kept us entertained for a long time. Among them, everyone’s favorite is undoubtfully Jim Carrey.  His movies have a certain charm that makes us crave for more.

With that being said, here are 8 Jim Carrey movies that you would enjoy re-watching.

Jim Carrey is already unpredictable in his movies. Give him God-like power and you can only imagine what he can do. Carrey plays the role of  Bruce Nolan, a ‘human interest’ television reporter in Buffalo, N.Y. Though he has a good like and a loving girlfriend, Bruce still remains unfulfilled. Being angry at the event happening in his life, he ridicules God- and he responds, endowing Bruce with all of his divine powers.

It’s always hard to lose a job. But when Dick Harper lost his job, he and his wife, Jane, decided to turn to crime to overcome the massive debt. When the two got really good at robbing people, they decided to rob the person who robs the one person who is responsible for all their depts.

When it comes to transo=forming himself into a character, Jim Carrey is the best. We have even seen him as multiple characters in the same movie. But, what if all the characters are in the same person. We are talking about multiple personality disorder and the movie is Me, Myself and Irene. Rhode Island State Trooper Charlie Baileygates suffers from the disorder. While one of his personality is absurd and destructive, the other is more friendly and pleasant. But, the problem is that both of them fall in love with the same woman named Irene.

This one of the most popular movies from Jim Carrey. The movie is about Lloyd and Harry who are two of the most indescribable stupid men you will ever see. The movie kickstarts with Mary, a beautiful woman, losing a suitcase with money before leaving for Aspen. However, the two friends find the suitcase and decide to return it to her. Will the dumb and dumber be able to return it and win her heart?!

Before Deadpool made fourth-wall-breaking a thing, there was always The Mask bringing in some most hilarious moments on screen. The 1994 movie has Jim Carrey play the timid bank clerk Stanley Ipkiss. Upon discovering a magical mask, his whole life is turned upside down. The mask containing the spirit of the Norse God turns Ipkiss into a charming playboy who catches the eye of local nightclub singer Tina Carlyle and lock horns with junior crime lord Dorian Tyrell over a bank heist.