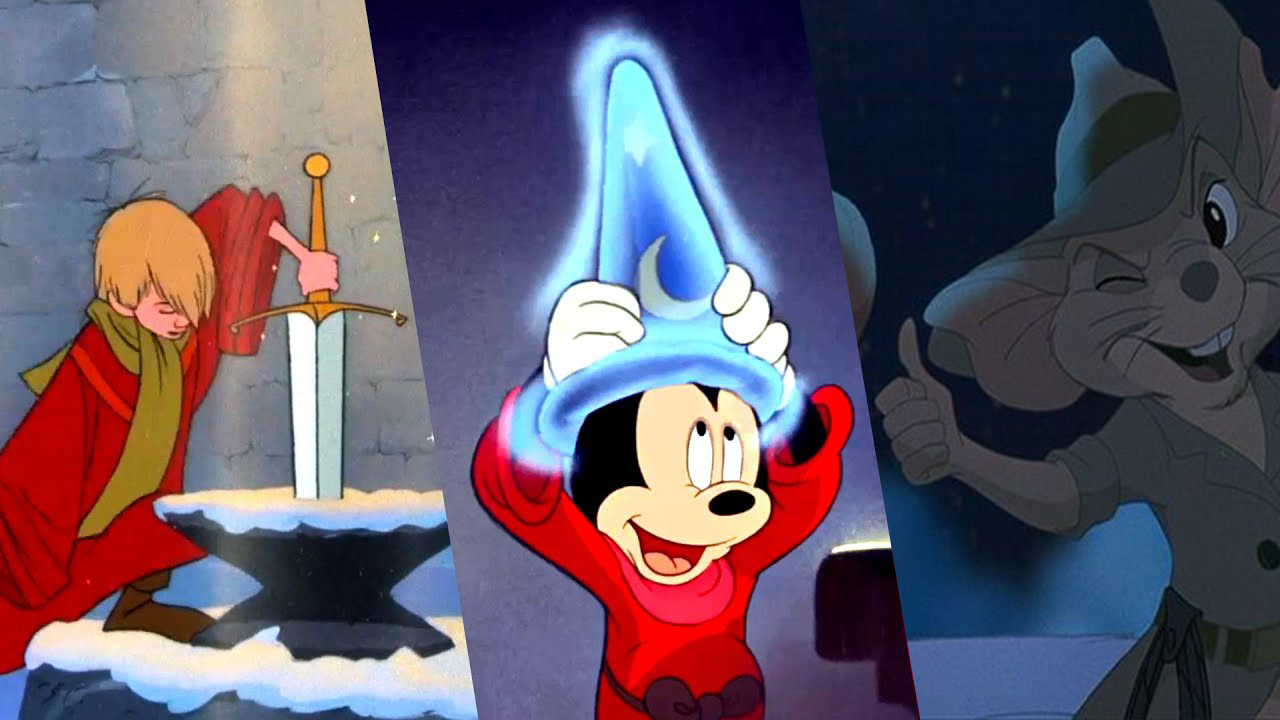 It’s unarguable that Disney is one of the most powerful studios in Hollywood right now. The entertainment conglomerate has come a long way from the ‘Disney Brothers Cartoon Studio’ of 1923. But, it’s not the mass media empire or superhero blockbusters that made them reach this pinnacle in the entertainment industry. The cornerstone of the studios will always be the famous animated features that the company had produced over the years. But are all their animated features as popular as the Lion King or Frozen? Nope! Like every other major production houses, Disney also has some long-forgotten darlings in its closet. These animated movies are not exactly box office failures. It’s just that their successors were iconic blockbusters that people eventually forgot them.  Curious to know which all are those unfortunate movies?! Here are the 5 best Disney animated movies that everyone forgot.

You probably wouldn’t have heard about this movie, as it was released decades ago. Produced by Walt Disney Productions and released by RKO Radio Pictures, the package-film consists of two segments. The first is based on the 1908 children’s novel ‘The Wind in the Willows’ by Scottish author Kenneth Grahame, and the second is based on the 1820 short story ‘The Legend of Sleepy Hollow’ by American author Washington Irving. The film is the 11th Disney animated feature film and the last of the studio’s package film era of the 1940s.

This adventure-themed film is the 23rd animated feature from Disney. The film is about the Rescue Aid Society, an international ‘mouse’ organization headquartered in New York City dedicated to helping abduction victims around the world at large. Due to the film’s success, a sequel titled The Rescuers Down Under was released in 1990, which made this film the first Disney animated film to have a sequel. Sadly, the sequel also got forgotten too!

Based on the classic Charles Dickens novel ‘Oliver Twist’, this animated feature is about Oliver the homeless kitten who joins a gang of dogs for surviving in the streets. It is the 27th Disney animated feature film and was directed by George Scribner. Released on the same day as The Land Before Time, Oliver & Company was a box office success. However, the movie received mixed reviews from film critics.

This animated romantic adventure musical comedy film is based on a story by Tom McGowan and Tom Rowe. The movie revolves around a family of aristocratic cats who form an alliance with an alley cat to helps them from their butler who has kidnapped them. Originally intended as a two-part live-action episode for “Walt Disney’s Wonderful World of Color”, it was Walt Disney who suggested that the project would be more suitable for an animated feature.

Directed by the team of  Burny Mattinson, David Michener, John Musker, and Ron Clements, the movie is based on the children’s book series ‘Basil of Baker Street’ by Eve Titus. It is heavily inspired by Sherlock Holmes and revolves around a heroic mouse who consciously imitates the detective. The flick was also called as The Adventures of the Great Mouse Detective for its 1992 theatrical re-release and Basil the Great Mouse Detective in some countries.