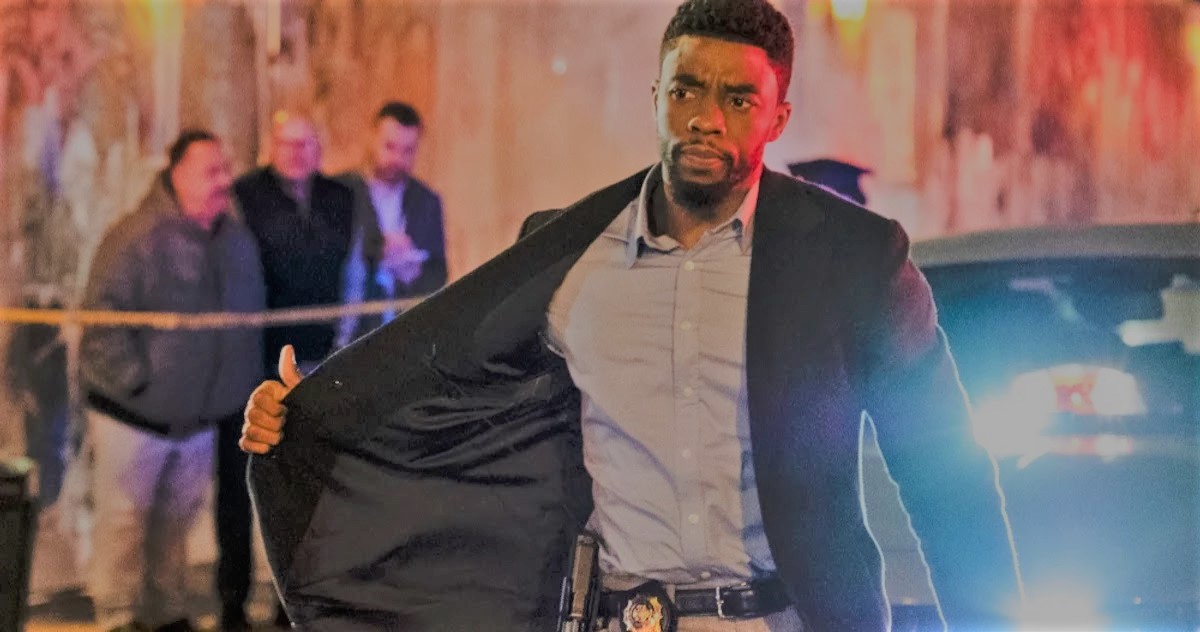 An NYPD officer, Andre Davis (Chadwick Boseman) is assigned the murder case of seven colleagues. The case is rather strange as the culprits who did the killing look like they themselves were set up. They arrive at a location hoping to buy 30 kilos of cocaine and find 300 kilos uncut. Just when they realize they have been framed, they panic end up shooting all the police officers at the scene.

Davis particularly takes the case personally. Basically another Hollywood exhausted plotline of ‘son joins force to avenge the death of a cop father’. Senior officer Captain McKenna (J.K Simmons) feels they need someone who does not mind getting his hands dirty. And here is Davis who walks with one finger on the trigger. While at the same time harbors immense respect for his badge. Just right for the case! What follows is a high voltage chase around the city of Manhattan where Davis orders a shut down of all the transport routes connecting the city to the outer world, including the 21 Bridges. The manhunt unravels conspiracies of heinous proportions.

Davis’ character is quite Sherlock Holmesy as the guy sharply works out the math of the number of shooters and their current whereabouts from the crime scene evidence. Assisting Davis on the case is narcotics expert Frankie Burns (played by Sienna Miller). She brings quite a satisfying performance with her role as a tough woman and a skilled servant of the law.

What you have to look out for are the amazingly choreographed chase and shootout sequences.

The Russo brothers in all their capacity have tried to make the film into a wholesome experience. Brian Kirk clearly blends the elements of drama, suspense, action and weird mindsets of criminals to create fresh screen experience. Boseman, as usual, brings an incredible style to the character. His flair and skills are always there to add weight to an otherwise ordinary script.

All in all 21 Bridges is a thrilling and exciting noir.