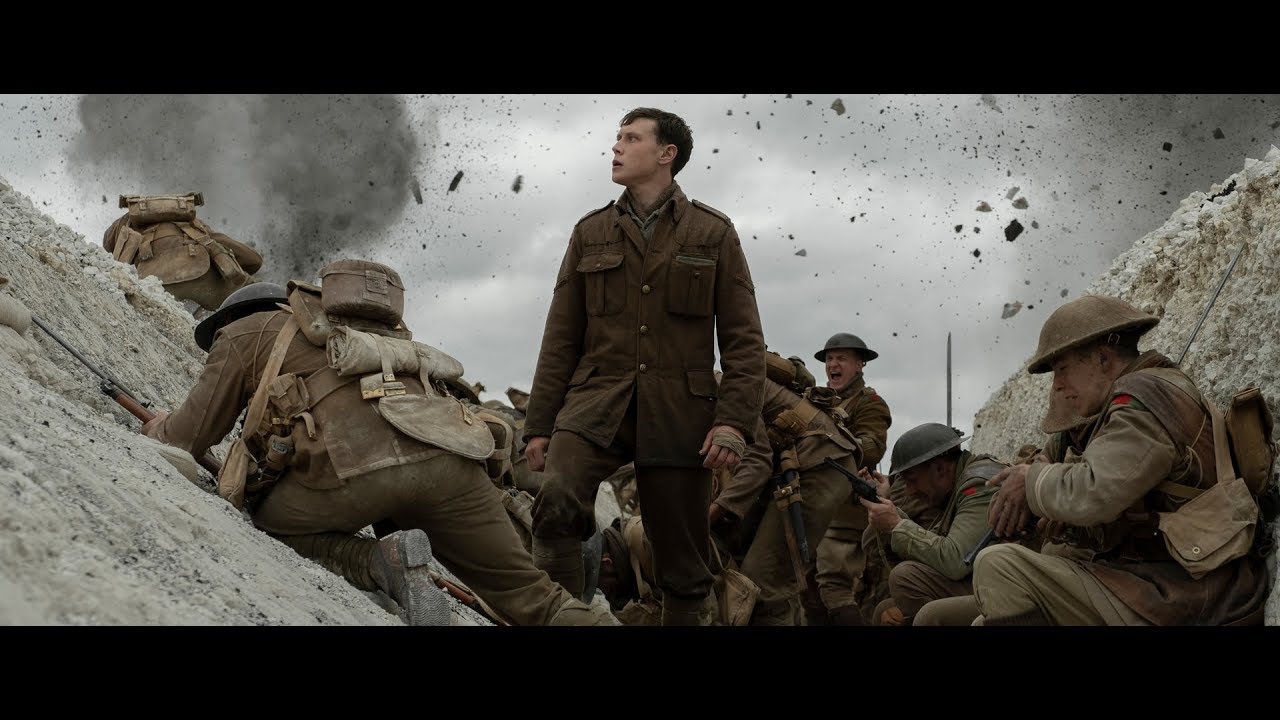 The peak of World War I sets the backdrop for 1917. Sam Mendes does an amazing job as a director upstaging the story through strong old fashioned storytelling. The film proves to be powerfully engaging. A realistic experience that grips the audience with riveting performances from the cast! The Oscar-baiting feature

On April 6, 1917, Blake and Schofield are called for a highly critical mission. The general informs them about a trap set by the enemy and British colonel (Benedict Cumberbatch) is walking straight into the trap.

Blake and Schofield must go across the “No Man’s Land”, and make it to the German-occupied regions to accomplish their task. Blake’s older brother is lieutenant on the frontline and thus this mission is highly important to him. The brave soldiers walk into imminent death. If they do not make it in time, thousands will lose their lives.

Blake and Schofield’s journey seems like an endless march through trenches filled with injured, shattered souls and animal corpses. But the real trouble awaits in the regions they are yet to cover. The brilliance of this Oscar-baiting film lies in its ability to keep the audience with Blake and Schofield and make us feel what they are going through in real-time. And of course the urgency of the matter at hand!

The technical mastery of the film is something that deserves special mention. But that does not in any way let the plot take a back seat. The film has no edits and is one continuous camera shot.

Blake and Schofield are the mascots of courage and persuasion in times when you need to go through tough times and survive. The film phenomenally explores themes of friendship, loss, and compassion. We have to give it up for the makers for bringing the story to the silver screen with sheer honesty.

The tension of the film permeates through the screen and that is largely thanks to Thomas Newman’s incredible score. The music traverses with the two characters to justify the status quo of every space they walk. Be it the darkest places they navigate or the forests.

The film is completely a perspective of Blake and Schofield. Dean-Charles Chapman and George MacKay are perfect.

This film could easily be called Sam Mendes’ magnum opus. No we are not denying the prominence and enormity of American Beauty. But he has outdone himself with 1917. The film is a Dreamworks Pictures production in collaboration with Amblin Partners and Universal Pictures as distribution partners.