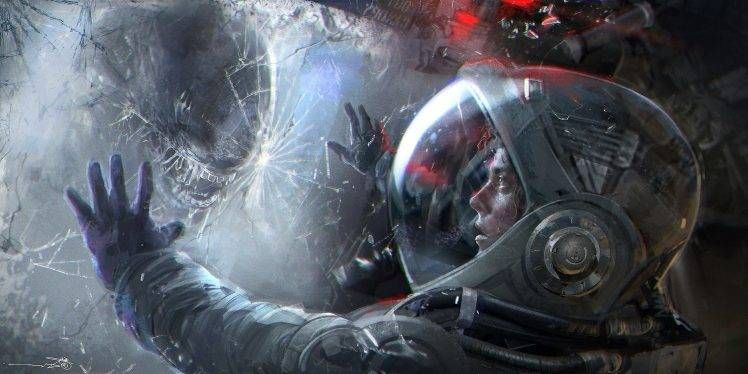 16 Best Alien Movies Of All time

We love watching aliens on the big screen. It is one of our most evident movie fetishes. So we have created a list of movies that you can use to watch and enjoy some of the best Alien movies of all time. Let’s start:

Close Encounters of the Third Kind (1977)

Steven Spielberg’s Close Encounters of the Third Kind is one of his movies that doesn’t get as much attention as some of his others. Nevertheless, this is an all-time classic of the Alien genre, and for good reason (not the least of which is that the aliens aren’t evil). Even Sci-fi legend Ray Bradbury once said that Close Encounters was the best film ever made.

Alien is one of Ridley Scott’s undisputed masterpieces of the genre, and it cemented Scott among the greats. The film definitely leans towards the horror end, and Sigourney Weaver’s character, Ripley, could probably be called a scream queen (though she also kicks some ass). There are not many thrillers that are as tension-filled and unsettling, and with Scott behind the camera, an artistic craftsmanship is also added to the movie.

The Cloverfield trailer is a must-see if you’ve never seen it. In spite of the absence of a title, that short trailer tipped off one of the most original alien/monster films of the last couple of decades. With a runtime of less than 90 minutes, it is surprising to see such a movie to become a piece of genius. The film is J.J Abrams at his mysterious best  with Matt Reeves behind the camera as well.

Despite its vast scope and story, Signs is M. Night Shyamalan at the peak of his powers (after The Sixth Sense and Unbreakable) and a worthy follow-up to The Sixth Sense. As the title suggests, a family finds crop circles on their farm that indicate extraterrestrial activity is taking place. Who else wants to see the Alien Mystery from M. Night Shyamalan?!

The first of a handful of John Carpenter entries on this list, Starman finds a fairly young Jeff Bridges (who got one of his many Oscar nominations) in an alien movie unlike most others on this list. The plot of the movie has an alien taking the form of Bridges, going by the name of Scott, and eventually falling in real human love.

The World’s End is the third film in Edgar Wright’s trilogy of extremely fun, action-packed comedies (also including Shaun of the Dead and Hot Fuzz). This film tells the story of a group of friends going on a bar crawl for their reunion…and an alien arrives and puts the whole thing to the test. It’s sci-fi/comedy at its finest.

A24’s surreal and strange alien film stars Scarlett Johansson as a mysterious woman who seduces men and lures them into her van. The victims are never to be seen again. Though it is one of the strangest movies in the list, ScarJo gives one of the best performances of her career in the movie.

Another Carpenter movie! The Thing is one of the creepiest films on this list. The movie follows a team of researchers in Antarctica (led by Kurt Russell) as they discover an alien in the snow. Despite being released the same summer as E.T., we can say with certainty that this shape-shifting alien is nowhere near as good as Spielberg’s.

E.T., which is another classic from the genre, that gets quite a lot of attention from fans of Spielberg and alien movies. Movie is a masterpiece and redefined the genre entirely. It is a unique success and one hard to copy. You’ve probably heard the lines from this movie somewhere between three and 23 times. But still there is not harm in watching this movie one more time. It is that good.

After the original 1997 Starship Troopers, there have been dozens of straight-to-video spinoffs and sequels.However, we will not discuss those. Instead, let’s focus on the original which was perfectly on tone with Paul Verhoeven’s other movies (Robocop, Total Recall). Featured on this list because of its over the top campiness and lack of take-it-seriously attitude, this ’90s classic pits humans against bloodthirsty alien bugs.

‘Independence Day’ is one of the all-time great movies. With Will Smith in the lead role, it had a legendary Bill Pullman performance as the President of the United States, and a flying saucer that blew up the White House, adding to this movie’s Man vs. Alien invasion appeal. What more do you want from a tentpole alien movie?!!

With two sequels—Chronicles of Riddick and Riddick—and many calls for a fourth, Pitch Black has become a cult classic. But the original is a sci-fi epic about vicious creatures living underground and incapable of surviving sunlight. Occasionally, however, the entire planet is engulfed in an eclipse. Although Vin Diesel’s character is not the main character, his performance in the film made him so popular that two more movies in the series focused entirely on him.

Among 2009’s sleeper hits, District 9 was a big success. The movie is about peaceful aliens called prawns, who are treated like second-class citizens in Johannesburg. Eventually (with the help of a human who was basically forced to be on their side), they begin to fight back. A breakout performance from Sharlto Copely and the director Neil Blomkamp give this movie a special quality.

One of the more entertaining alien/horror movies on this list is John Carpenter’s They Live, which serves as a satire of Reagan-era yuppies. At first glance, the aliens in this movie don’t look like aliens. Then one guy gets a pair of glasses that exposes people for what they really are. The movie is fun, wild action, and a good time all around.

There aren’t too many alien movies as cool as Pacific Rim. In this alternate reality, giant extraterrestrial creatures resembling Godzilla named Kaiju attack the cities causing havoc until humans take back control, manning giant robotic monsters called Jaegers. Directed by Guillermo Del Toro, the movie is basically like the Power Rangers episode ending, but made into an extremely cool movie. Hunnam, Elba, and Day are the stars of this film.

Here’s another obvious one. This film is absolutely perfect due to the chemistry of its two leads, as the charismatic Will Smith and the stoic Tommy Lee Jones complement each other perfectly. The fake government agency investigating the extraterrestrials is both otherworldly and canon in the culture. Everybody alive would know what you’re talking about if you mentioned “Men In Black.” Although the sequels and last year’s spin-off are fine, the first one is just a classic.