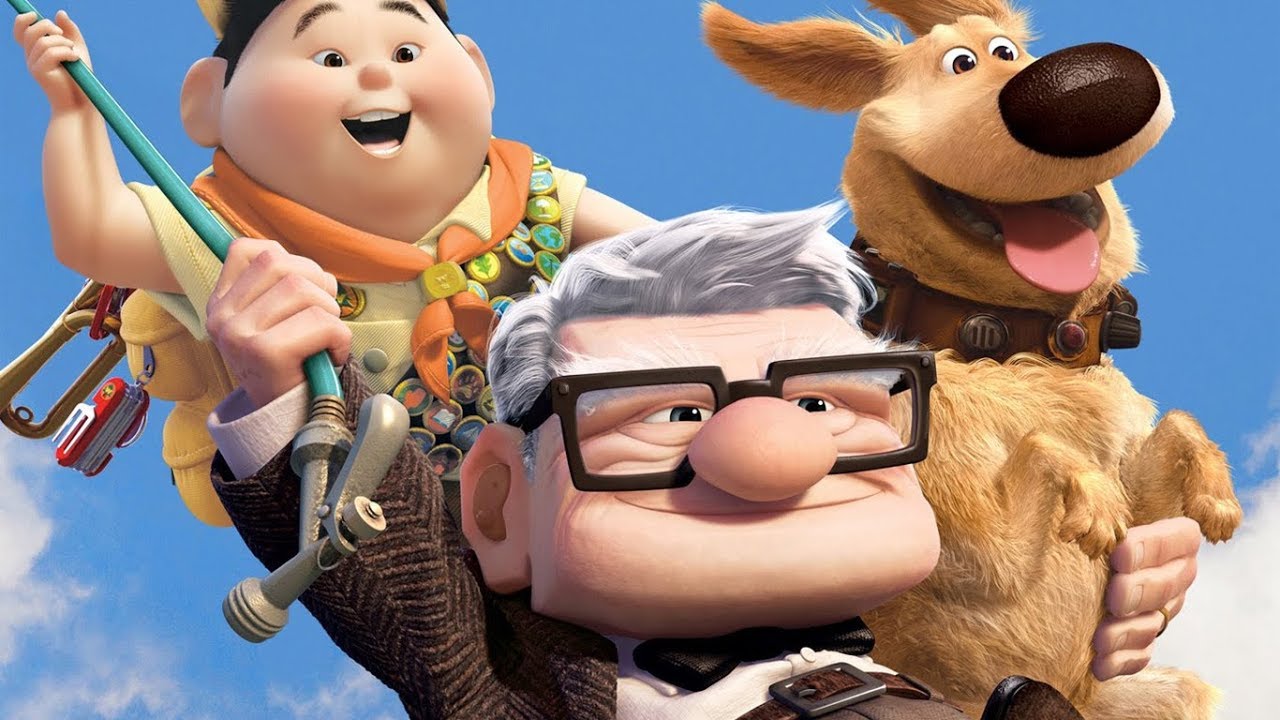 11 Greatest Animated Movies Of All Time

Animation movies has been a great vessel for story-telling for many ages. These movie have taken us to magical worlds that we could never imagine, helped us think about concepts, made us feel emotions that we wanted to feel. The long history of animation as a movie genre has given us many brilliant and memorable works. Here are a few of the greatest works that er think you should definitely watch.

There are unsettling moments in The Nightmare Before Christmas. But Henry Selick’s adaptation of Neil Gaiman’s story is downright creepy. The title character of the movie grew up frustrated by her inattentive parents, which led her into a world where everyone she knew had been replaced by a cheerier, but hollow duplicate. A hard black button replaced their living eyes. It would be straight-up horror in another medium. But Selick’s stop-motion, as well as his canny use of 3D, allows us to watch from a distance without having that much of scares.

Hayao Miyazaki is often associated with Japan’s hugely influential animation studio Studio Ghibli. But his partner Isao Takahata is also a formidable filmmaker, never more so than in this devastating World War II drama, in which a brother and sister must survive after their town is destroyed by American planes. Despite its focus on children, Grave of the Fireflies is a profoundly mature tale of war and loss, set against a backdrop of despair and anger. Did the latest Pixar movie make you cry? You will lose your heart and soul to this one.

After quitting his job at Disney during the late 1970s due to its sputtering creative drive, Don Bluth made his feature directorial debut with this fable about a widowed mouse who is forced to move her family’s home before a farmer destroys it. Her quest leads her to discover what happened to her husband, who was involved in insidious government experiments on rats. Adapted from Robert C. O’Brien’s book, The Secret of NIMH, weaves a commentary on animal experimentation and a salute to single mothers into a smart, gripping action-adventure thriller, becoming a touchstone for sensitive Eighties kids.

This tale of an unlikely friendship between a little boy and an old man (complete with balloons, talking dogs, and a zeppelin fight) is a bit of magical realism that suits the subject matter of never being too old to enjoy an adventure. Up garnered a Best Picture nomination and became the first animated film to open the prestigious Cannes Film Festival, and with its eye-catching animation and unexpected emotional resonance, it’s no surprise.

This antiwar tale, loosely based on a novel by British author Diana Wynne Jones, is brilliantly crafted by Japanese master Hayao Miyazaki. It features a one-of-a-kind set piece: a steampunk castle powered by a wily fire demon lorded over by a bellicose wizard. The film filters Old World aesthetics through an Eastern lens to create a visually stunning love story that is also an indictment of the human and environmental toll of war. Peter Docter, Pixar’s English dub supervisor, enlisted the likes of Lauren Bacall, Christian Bale, Emily Mortimer and Billy Crystal.

With a bent toward Jazz Age stage shows and silent comedy, France’s Sylvain Chomet set up an old-timey caper involving American gangsters, Tour de France cyclists, and the titular trio of weird out sisters to expose a crime ring. It’s got catchy tunes and wry physical humor to spare, but its most charming quirk lies in laying out moving parts – a makeshift treadmill, a daily routine, a song – and watching them go.

The screen adaptation of Robert Crumb’s creation – a hip cat that loves getting high and cajoling girls into group sex – served as the ultimate statement on the bitter, biting satire of underground comics. This features an anthropomorphic look at Amerika during the Nixon era (although Bakshi, the artist, nodded his head in approval—he killed Fritz off with an icepick in the books). This midnight-movie staple targets everyone from simpering progressives to social fatcats (represented as literal fat cats). It’s equal parts nihilism and let it all hang out hedonism.

The Adventures of Prince Achmed (1926)

Over ninety years after its original release, Lotte Reininger’s otherworldly fable still captivates with its rapturous fluidity. Its images were created with intricate paper cut-outs, but they seem to flow like water, pure magic created with the simplest of tools. When you consider that Reininger and her collaborators were working without a map, the accomplishments of Prince Achmed are even more incredible. For three years they broke no rules, and went wherever their imaginations and experiments took them, producing one of animation’s first feature films, and still one of its best.

A late-Sixties Beatles odyssey in which John, Paul, Ringo and George must save an underwater utopia from fun-killing Blue Meanies is synonymous with the “turn off your mind, relax and float downstream” vibe. The Fab Four might not have provided their own voices, but George Dunning’s hallucinatory animation and some of their most trippiest music nevertheless make for a memorable Pop-Art ride. The popularity of Yellow Submarine demonstrated to the mainstream that there are more ways than Disney to pull off a feature-length cartoon.

The debut film of Pixar was full of promise, already possessing a sense of humor, themes, and a distinctive style that would make it a benchmark of modern animated films. The company’s then-revolutionary team created a cast of lovable toys that feel like old friends with every additional viewing. The comedy duo of Woody and Buzz Lightyear (Tom Hanks and Tim Allen) still tugs at our hearts, and Randy Newman’s “You Got A Friend in Me” never fails to make us smile.