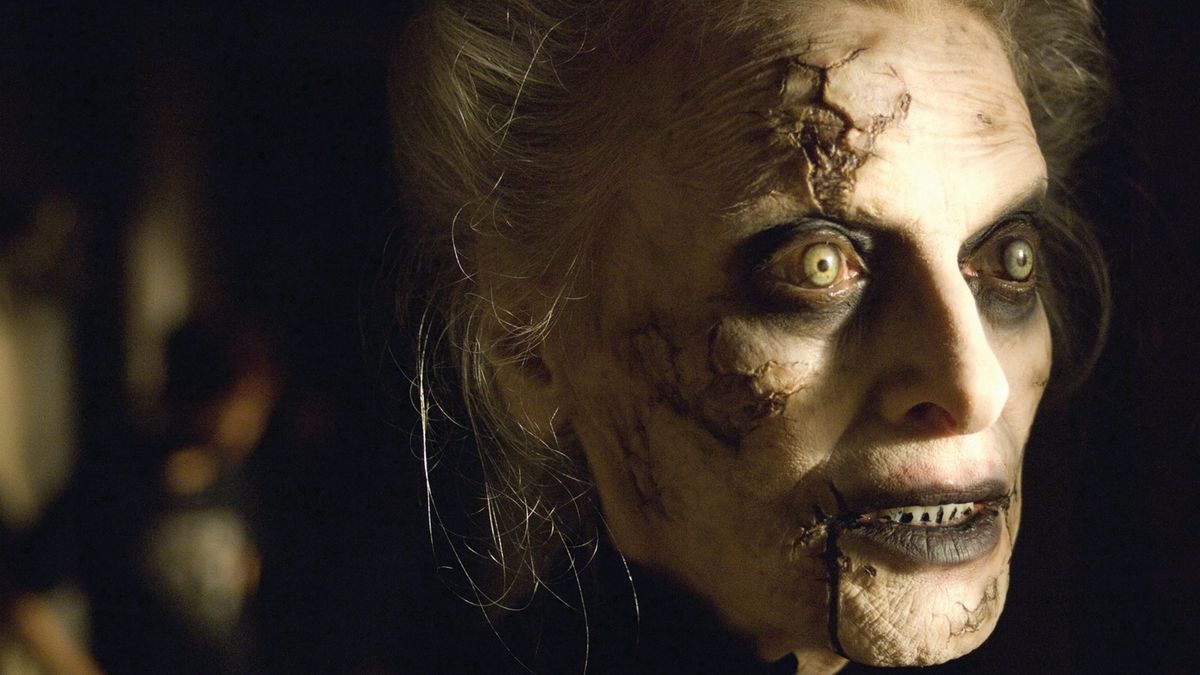 10 Scary Movies To Watch On Netflix

With Halloween around the corner, we are all looking for some gruesome scary movies to watch. Here is our list of the scariest ones that you can stream on Netflix this Halloween.

Nobody Sleeps in the Woods Tonight

Technology has made us addicted to a new lifestyle in which we are constantly plugged into the internet. A group of such techno-addicted teenagers goes to an offline camp. What they didn’t expect was hiking through the woods without any communication with the outer world. With dangers lurking in the forest and fighting against things that they have never seen before, they must work together as a team to stay alive and come out in one piece.

When war has torn down their home town in South Sudan, a young couple takes refuge in a small English town. After being released ‘on probation’ to a new house, hopes of starting a new life began to pop up. However, things take an unexpected turn when they realize that unspeakable evil is lurking beneath the surface of the new home. Now, in order to avoid losing their newfound life, they must outrun whatever is haunting them.

For more than seven years, a woman and her little son were held captive in an enclosed space. The woman was abducted by a man named ‘Old Nick’ who is the biological father of the boy. She was routinely raped while her son slept in the closet. Even in these terrible times, the woman remained optimistic and joyful to her son. However, she soon started to suffer from malnutrition and depression. With her son’s life hanging in the balance, she had no chance but to somehow keep herself alive.

Jamie’s wife was mysteriously murdered after receiving a weird package with a ventriloquist dummy named Billy inside it. This has made Jamie suspicious and he decides to go to his hometown to find out the truth behind what had happened. What he didn’t know was that the dummy is associated with the legend of ventriloquist Mary Shaw. When he went to the town where Shaw was buried, he got more than what he was looking for.

Remember the iconic slasher movie franchise, Halloween. Over the past four decades from its initial release, the movie has had many (MANY!) sequels, prequels, spin-offs, and whatnot. However, the makers behind the original movie decided to do a direct sequel to the first in an attempt to reset the entire franchise and also give fans what they deserve. The movie has Jamie Lee Curtis reprising her iconic role as Laurie Strode and Nick Castle returning as the evergreen slasher character Michael Myers.

This Norwegian horror-thriller is set in the aftermath of a nuclear disaster. When a family is looking for food to survive, they find a charismatic hotel owner, who offers them a free dinner. As the evening progresses, the family soon realizes that they have to pay a dark price for the free food they were promised. The lines between the evening’s entertainment start to blur and it looks like the spectators are turning into the spectacle. Will they be able to make it out all alive?

The brutal death of their parents drifted siblings Kaylie and Tim apart from each other. After 10 years, when the two are trying to rebuild their relationship, Kaylie realizes that the antique mirror they own possesses a supernatural entity. Known as the Lasser Glass, she believes that it can affect anyone who gazes into it. As Kaylie unravels the truth, her brother seems to have fallen under the evil spell of the mirror. Now, it is up to her to save his brother, before she loses him too.

The Strangers: Prey at Night

Unknown places can be scary, especially at night. A family’s road trip ends up dangerous when they arrive at a mobile home park. They were expecting to see some relatives there, but it turned out to be mysteriously empty. Things took an even darker turn when three masked psychopaths started to hunt them. With nowhere else to run, the family must stick together and fight with everything they got to survive.

Lena is a biologist and a former soldier. When her husband goes missing inside the mysterious Area X, she joins the team assigned to find the truth behind what went down there. She soon finds out that a mysterious phenomenon is mutating the landscape and creatures, and is taking over most of the coastlines of the area. With their lives and sanity under the threat, the question is- will they be able to make it out alive?

Ever been to a wax museum? Those life-like figures can be scary at times, right? Apparently, for a group of unwitting teenagers, it was more than just a simple scare. As they got stranded inside a strange wax museum, they soon started to realize that things are not what they see. They will have to fight to survive or end up us the next exhibit.