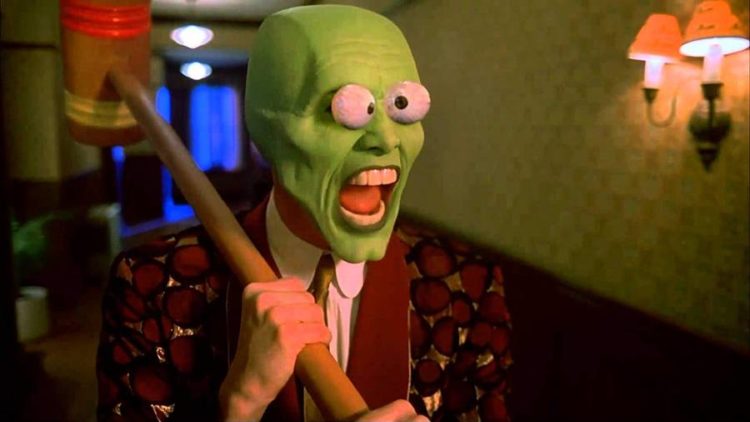 Comics are a great form of entertainment and insight. It is perhaps a huge part of many of our childhoods. Here are some great films that are originally comic book adaptations:

1. Blue Is The Warmest Colour

Le bleu est une couleur chaude is a graphic novel written and illustrated by Julie Maroh and first published in 2010. The English language version, Blue Is The Warmest Colour was later published in 2013. The graphic novel received widely positive reviews and was adapted into a film in the same year it was published in English. This is the story of two women who try to find love, freedom, art, and escape. It is critically acclaimed and quite an audience favorite.

Hellboy is a character from a famous graphic novel. Though it only loosely followed its source material and virtually created its own lore, this film is widely regarded as the best adaptation of this character and story. It is a film that shows how an adaptation can deviate from the original storyline, yet retain the character and make it very believable.

3. Scott Pilgrim Vs. The World

In August of 2004, Canadian author and illustrator, Bryan Lee O’Malley created the first volume of this comic series. This is considered one of the most accurate, iconic examples of a classic comic series brought to life. With its popping, vibrant imagery and amazing casting, Scott Pilgrim Vs. The World is fondly remembered and well-loved to this day by critics and film buffs all over.

Oldboy is a Japanese manga series that ran from 1996 to 1998, spanning eight volumes and seventy-nine collective chapters. In 2003, director Park Chan adapted the series into a critically acclaimed, award-winning film by the same name. This film adaptation is often considered to be one of the best. It’s still talked about to this day, and it still garners much more recognition than the more recent 2013 adaptation.

5. A History Of Violence

Adapted from a graphic novel of the same title published in 1997, written by John Wagner and illustrated by Vince Locke. The standalone graphic novel did not garner much attention until its film adaptation hit theatres nearly ten years later. The film has a very unique tone and visuals which are very striking. This is a film well worth watching.

The first Persepolis graphic novel was published in 2000 and depicted the life of author and illustrator, Marjane Satrapi, and her experience growing up during the Islamic Revolution. With a strong social commentary, both the novels and the film version of Persepolis remains relevant to this day. The story is timeless and was beautifully brought to life in a memorably animated film.

The comic was originally published in French and titled, Le Transperceneige. The film adaptation of this French graphic novel is critically and commercially acclaimed. It attracted attention to its source material, with the English version being published shortly after the film’s worldwide debut. The film is stunning in its writing and the way it creates moments is absolutely memorable.

In 1994, while the comic book series was still in its prime, a film adaptation the story hit theatres. This film stars Jim Carrey as the lead character, Stanley Ipkiss, the dorky bank clerk whose life is changed forever when he encounters the titular supernatural mask. It is much loved character most of us are probably used to watching on cartoons while growing up. The film stays true to the book and is an amazing watch.

Bringing Ghost World to life on the big screen was achieved on a small budget, but was nonetheless a success, and was even nominated for an Academy Award for Best Adapted Screenplay. The film had its worldwide premiere at the Seattle International Film Festival. It was not a commercial success, but today, it has earned a cult following and holds a respectable reputation among film lovers and critics.

This film is based on a comic book by illustrator, Ben Templesmith, where he presents a haunting and gruesome take on vampires. Adapted skilfully, this film was a success, calling attention to both the source material and the vampire genre in general. It is scary, brilliant, and at the same time ripe with layers of psychological horror. It is considered one of the best adaptations in the genre.