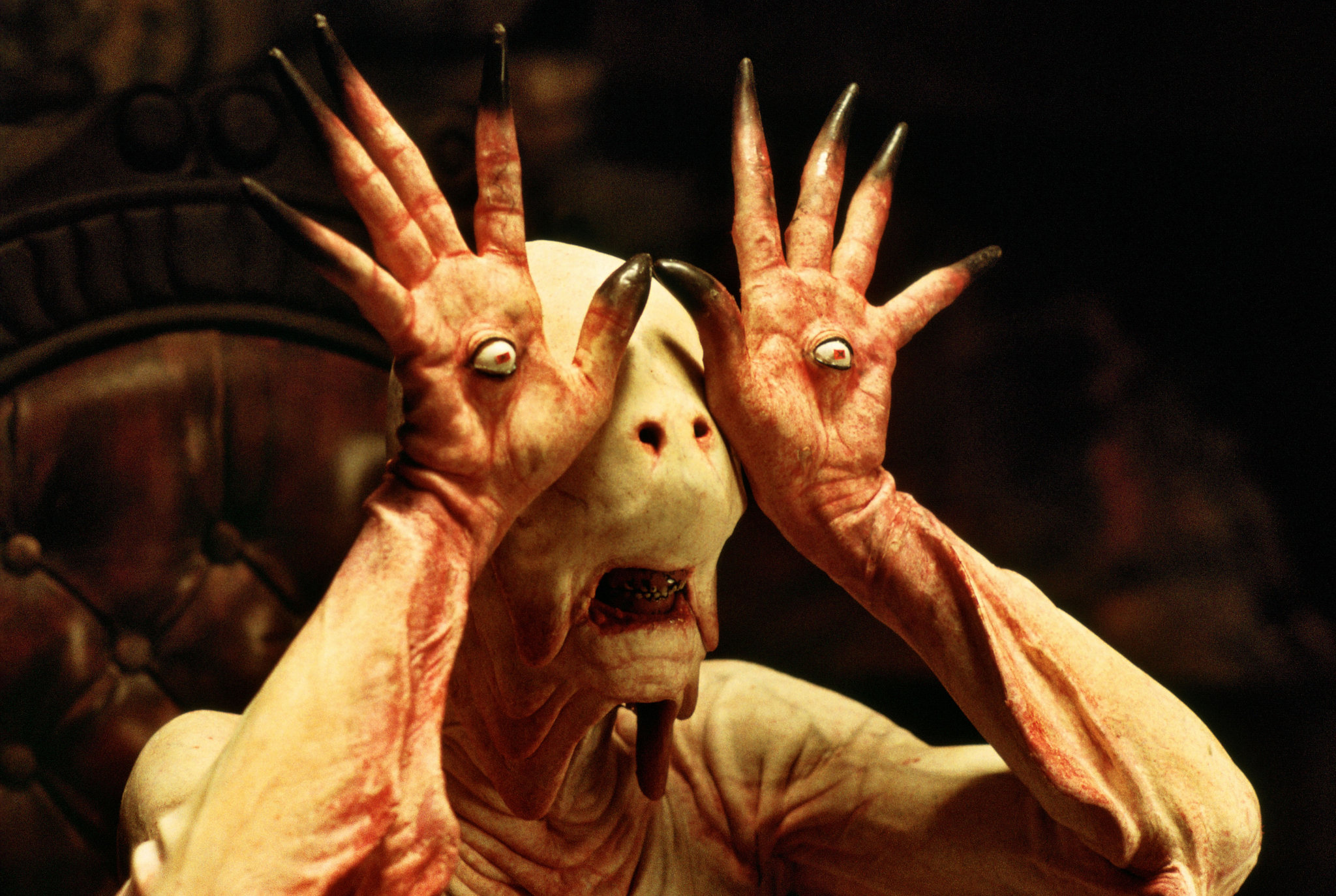 Monster movies are an immortal part of world cinema and one that crosses the boundaries of language and nationality. Enjoyed by people ranging from the age of 5 to 50, this gem of a genre has a few movies that a movie buff must not miss. Here we have prepared a list of the top 10 must-see monster movies on amazon prime that will pick your brains.

Even though there had been monster movies before and after Kong, it will forever remain as the key reference point for the entire film demographic from the day of its release. It set such a high bar for its special effects that the effects and sequences from Kong weren’t even properly replicated for decades. Most of the credit goes to the genius stop-motion animator of Kong William O’Brien, who invented many techniques on the set for the movie.

King Kong has passed the test of time not merely for special effects and sequences. On one hand, it’s a proper adventure movie, with a “ journey into the abyss” plot that is still recycled to this date. Moreover, it was an experiment even for this decade to blend genres to create an adventure-drama film with no traditional antagonist. Kong, meanwhile, was portrayed as an innocent confused creature who operated on the sense of self-preservation, contrary to the usual monsters who operated on a singular anger-based behavioral pattern.

Guillermo del Toro’s “Shape of Water” is an absolute masterpiece that received thirteen nominations at the 90th Academy Awards, where it won for Best Picture, Best Director, Best Production Design, and Best Original Score.
The film is portrayed against the backdrop of the Cold War and it revolves around the life of a lonely mute woman named Elisa Esposito (Sally Hawkins), who is a janitor at a secret laboratory at Baltimore. Her lonely and routine life takes a drastic turn as she falls in love with a mysterious sea monster from South America that has been imprisoned in the lab by Colonel Richard who terms the creature as an asset and a danger to society. But the monster is very compassionate when it comes to Elisa, the rest of the movie follows their passion and love story in a spellbindingly beautiful way.

If you know Bong Joon-ho you’d know that he has a thing for monsters. Almost all of Bong’s movies are about monsters, it’s just that some are more literal than others. In “Snowpiercer” it’s the dark forces of capitalism while in “Memories of murder” it’s the bogeyman. And in “The host” the villain actually is a full-blown monster, with an enormous tail and slimy skin, and a liking for small children.

The film starts off with an American scientist ordering his Korean workers to dump a large amount of formaldehyde down the drain and creating a chemically mutated monster that surfaces later on causing havoc and destruction. Followed by the deployment of the US armed force to quarantine the area and contain the situation.
But what puts “The host” above the usual monster movies is its narration. We see a close to real-life Korean family coming together against all odds to save the smallest member of the family that was taken by the monster.
Overall the film covers a lot of ground, it’s funny, entertaining, and convincing, and the CGI is not bad for a mid-2000s film. Bong has done a wonderful job with the movie and may have very well defined the 21st-century monster movies.

Fred Dekker’s 1987 horror-comedy, “Monster Squad” is like the ultimate 80’s movie. When looked back it’s goofy as hell and the crew made sure that they used zero CGI in the entire movie. The movie is filled with schoolyard insults like “faggot” and “homo” which were all normal before political correctness was introduced into the American cinematic consciousness.

The plot begins with a group of kids discussing late-night horror movies when all of a sudden Dracula, Mummy, Frankenstein’s Monster, the wolfman, the creature from the black lagoon, and the Dracula all showed up looking for a magic potion. The future of the whole world is at stake and it’s up to them to save it.

Pan’s Labyrinth is a movie that sets Guillermo del Toro as a visionary cinematographer. The casting is brilliant and the whole movie is imaginative and unique to the core. It’s like a fairytale fantasy that got mixed up with a horror thriller. As the film looks stunning and very beautiful in one scene, and pretty gothic in another. This is a fantasy where the images stay with you forever.

A special mention should go to the monster that tricks the children into eating his food as he sleeps and then it wakes up and eats them. The very look of the monster was terrifying and made the blood run cold. All in all Pan’s labyrinth is a visually stunning and absolutely magnificent film.

Director James Whale’s “Frankenstein” is arguably one of the most influential monster movies ever made. The film had a charm and style that gave it a weird fairytale charisma. It also gave Boris Karloff who portrayed the immortal horror icon image.

Even though the movie is an adaptation of Mary Shelley’s novel, the film deviates quite a lot from the original. Yet the film comprises amazing cinematography with accompanying bizarre camera angles and a wonderfully choreographed music score which is a blend of melancholy, haunting and atmospheric. James Whale’s Direction deserves a special mention as it is very focused and innovative. The movie as a whole is without a doubt a classic.

“Jaws” is a one-of-a-kind epic adventure movie that we don’t get very often anymore. It is an honest adventure movie without the excessive violence gimmicks or bloodshed. It has the very right amount of blood and guts incorporated but nothing excessive. And to top it all up it has a brilliant story that’s perfectly narrated and did I mention that it’s absolutely scary?

Yes, it is scary for a very simple reason. The threat of what you can’t see is far more worrying than the fear of what you can, particularly when it has the potential to spring right out of the water and rip your torso with a snap. Ultimately, Jaws is made into a great film via memorable characters, but it’s made into a scary film by novelty and perfect execution.

Anyone can stage a battle, yet it takes Mr. Spielberg to show exactly how the pots and dish may go flying at the stroke of a velociraptor’s tail, or how the youngsters may deceive their wily assailants. In evaluating such a scene, it helps to look at the big picture. Who but Mr. Spielberg convinces an audience that there are dinosaurs free in a kitchen by any means?

Guillermo del Toro’s “Hell Boy” is a rare breed of the movie since it is not only based on a comic book but stays true to its source. Even though “Hell boy” doesn’t have the name value or recognition of superman or batman, Guillermo brings charm to the movie with a wonderful cast, stunning visuals, and vibrating energy.

The movie sets in a WW2 prologue atmosphere where we are introduced to the present-day Hell boy who is a massive action guy with red skin and sawn-off horns, a solid stone right arm, and an adolescent jock attitude. The story revolves around Hell Boy as he goes around clearing the streets and building of the city from creatures and monsters of all sorts while nurturing a crush on his fellow agent Liz Sherman.

1954 is the year Godzilla took its first step into the cinematic universe. The black and white Japanese movie Gojira is much more than a dude in a cheap rubber costume stomping on the cheap miniature skyscrapers of Tokyo.
Gojira is one of the most important and immortal cautionary tales of the atomic age. It narrates as once again scientists wander too close to the domain of the creator thinking they know it all and assuming that nothing can go wrong.

Things of course go terribly wrong. People who call it a cheesy old movie don’t get the significance of it or the fact that Godzilla is the metaphor for nuclear Armageddon and the fear of Japanese people towards America’s atomic experimentations. Overall Gojira is a strong, dark, and apocalyptic masterpiece and an absolute must-see.