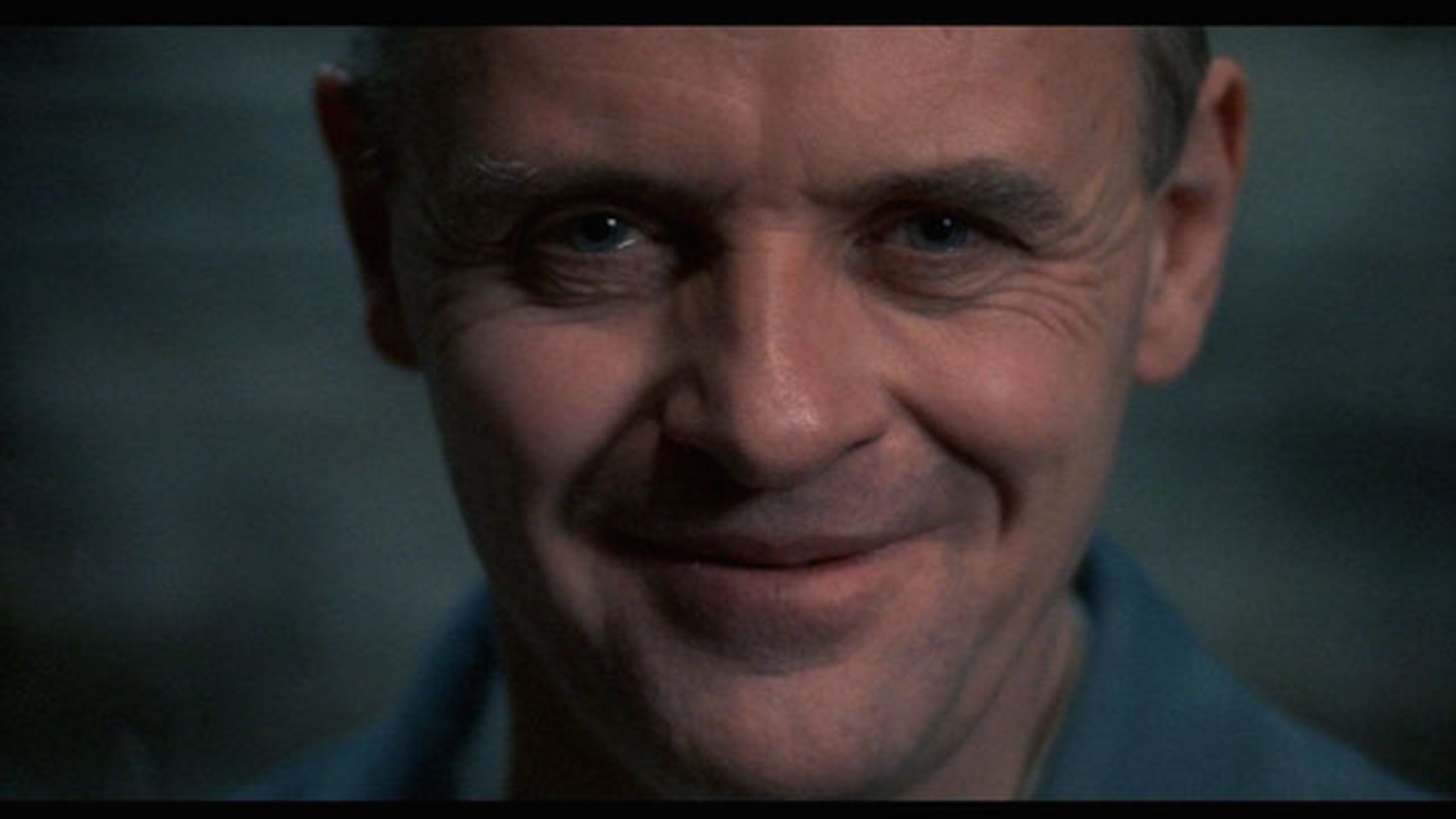 Bored of watching the same old romantic and action movies?
How does the news of taking your mind on a trip along the outskirt of sanity sound?
We have put together a list of exceptional psychological thrillers that are guaranteed to leave you speechless. So take a deep breath and dive right in.

The Silence of the Lambs

Jonathan Demme’s “The Silence of the Lambs” is the film adaptation of Thomas Harris’s novel by the same name. The movie bagged the 1992 academy awards winning five Oscars that year. The movie follows a young FBI cadet Clarice Starling who seeks the help of a psychiatrist Dr.Hannibal Lecter, a psychopathic serial killer to bring another equally terrifying one to justice by learning his modus operandi.

The brilliance of the movie is that it does not start with a cannibal. It arrives at him through the eyes of the young cadet. Silence of the lambs is her movie and the movie follows her throughout without major interruptions. Hannibal Lecter lurks at the heart of the story as a threat but is somehow a likable presence, probably because he likes Clarice and is willing to help her. As a whole we are both frightened because of the film’s clever manipulation of the story and image, and for the major part because we like Clarice, identify with her, and fear for her. Just as a Lecter.

Stanley Kubrick’s film adaptation of Stephen king’s novel The Shining is what we can describe as an embodiment of everything that a psychological thriller is supposed to be. It has a brilliant cast to hold the absolutely riveting plot together and is absolutely scary. Jack Torrance played by Jack Nicholson is an aspiring writer and a recovering alcoholic with serious anger management issues. He decides to take his wife and son to a resort deep in the Colorado Rockies by taking a job as its winter caretaker.

Strange occurrences one after another seem to put Jack in a tenuous state and the viewer is left to ponder whether the occurrences are all in his head. Stanley Kubrick’s dark and exhilarating “The Shining” challenges us to decide: Whom to believe? Whose version of the story can we trust?

The infamous quote “I see dead people ” is enough to remind us of the film “The sixth sense” by M. Night Shyamalan follows the story of an eight-year-old boy who is somehow able to see ghosts of people who have gruesome and scary death. He is also able to communicate with the spirits of the dead people he sees and a child pathologist played by Bruce Willis tries to help the boy.

The film gifted its supernatural-addicted director M. Night Shyamalan two Oscar nominations and a series of hit follow-ups, such as “Signs” and the period-thriller movie “The village”.

In the movie the director, M. Night Shyamalan proved his talent in knowing how to build the perfect atmosphere. The way he does it is painstakingly slow, adding brick by brick. As the film reaches its end a very strong and clear design becomes visible and a final twist that is guaranteed to spin your head.

David Fincher’s fourth feature, Fight Club, is immaculately made yet comprises a deeply fascist art. Unquestionably a work of its time, of the way of life, of Hollywood, the film demands specific attention and isn’t effectively excused, however, there is something profoundly agitating with regards to a work that carelessly upholds violence as a component of alienation and rebelliousness. The film is predicated on disgust and hostility to come to its meaningful conclusion quite dramatically. Structure and content union uncomfortably as Fincher’s careless exam of brutality and its repercussions becomes itself a festival, an aesthetic and philosophy, that turns progressively twisted and pitiless.

Jordan Peele’s “Get Out” is a powerful and disturbing psychological masterpiece. The movie follows Chris and his girlfriend as they go on a weekend trip to get acquainted with her parents. Even though Chris’s only goal is to get on the good side of Rose’s parents, he finds himself in exponentially unnerving and strange situations.
The movie is very specific and directed towards white privileges as the power associated with it and the inequalities it creates in the system not only in public spaces but even in small private and casual conversations and gatherings. Peele plays with the possibility that any racially oriented awkwardness between two people might just be insensitivity or might be masking something much more dark and violent. And for our protagonist, Chris Washington being able to tell the difference is literally a life or death situation.

Vertigo is Hitchcock’s version of a romantic story filled with obsession, manipulation, and fear. It’s the story of a detective who is forced to quit his job after his fear of heights leads to the death of a fellow officer and a woman he was hired to follow. He later sees a woman who has a striking resemblance to the dead girl, what follows is a cycle of madness and lies. From the very opening credits, the viewers are put at unease with a series of spiraling patterns on the screen that is a hint of what’s about to be revealed. Apart from the haunting acrophobia, the film is a pothole of obsession, guilt, manipulation, and insanity.

David Fincher’s Gone Girl is at the same time art and entertainment. It is an engaging thriller movie and a social issue. Gone Girl is a film that shifts its emphasis and perspectives at every corner that you find yourself

wondering whether you are watching multiple movies that morph into each other.
The movie follows Nick, a former writer, and his wife Amy, who’s a celebrated author, who seems to lead a wonderful married life. But Nick becomes the primary suspect of a crime when Amy goes missing on their fifth wedding anniversary. Is he the killer? Through a series of twists and turns, the truth gets revealed and it’s a shocker.
Fincher never brings the plot to boil, he keeps it simmering until you can’t take it anymore.

If Christopher Nolan’s Joker was an indescribable force of nature, Phillip’s Joker couldn’t be any more human. All the craziness and eccentricities are explicitly diagnosed and even though the clarity has its a virtue, it’s still insufferable; as Phillip’s blur the line between fantasy and reality.

Joker is a movie about a narcissist with homicidal tendencies who feels he’s entitled to the world’s attention. He’d rather kill for a good laugh than allow the world to treat him like a floor mat.

Phoenix, who plays Joker, follows his own style wherever he wants. Once the joker comes on he becomes spellbindingly unpredictable. The takeaway from phoenix’s performance or the reason it deserves to be a worthy complement to Heath ledger’s legendary performance is that it’s never easy to tell if he’s laughing or crying, or which emotion would make better sense on him.

Mary Harron’s “American Psycho” is the adaptation of a controversial cult novel of the same name that came out in 1991. It is a sharp satire of the yuppie lifestyle which will always be associated with the late 80’s era when your success was measured by how much money you have earned, what you wear, or which restaurants you could get reservations at.

The movie follows the story of Patrick Bateman portrayed by Christian Bale who is a wealthy and good looking wall street businessman with his own office space and posh apartment, a beautiful PA, an attractive fiancé, and a set of power tools and sharp weapons that helps in slicing open hookers and getting rid of unwanted professional competition.

Martin Scorsese’s “Shutter Island” is one the most unique psychological thrillers that not only showcases the extraordinarily versatile acting of Leonardo Dicaprio but also a well-made thriller with a solid and ambiguous scenario that keeps the viewers glued to the screen.

The film is about a US Marshall and his partner who travels to a mental asylum on an island that holds the most criminally insane people who are a threat to society. The island is run by a number of psychiatrists who have different methodologies in treating the inmates from medication to invasive surgeries.

The film holds a ton of twists and turns that will make the viewer question their own sanity and by the end of it, you’ll be as mind-blowing as the narrator.