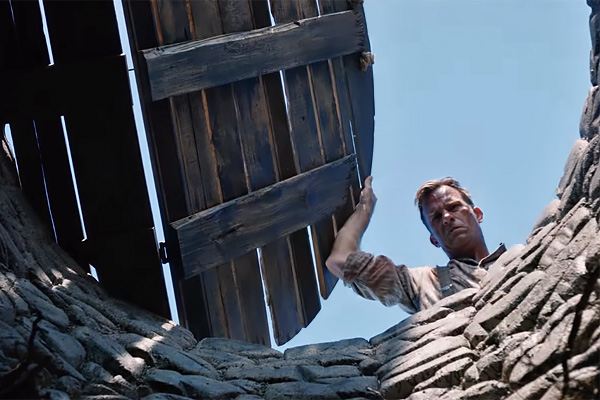 We often only watch films that are hyped and advertised. Some great films go unnoticed in the process. Now that we are in the new year, here are some underrated gems that you can watch:

This is one of the most underrated movies of the past decade. The story is told from the POV of a young teenage boy who comes across a man named Mud living on an island in the Mississippi River. Their unexpected encounter leads to a chain of events that cause the boy to be more mature than his age and in the process brings transformations in Mud. This is a lovely drama about coming of age, search, and the power of human determination. It has brilliant performances and is one of the most underrated movies ever.

The Killing of A Sacred Deer

This absolutely strange psychological thriller is one that you may either like or hate. It follows a cardiac surgeon who secretly befriends a young man. The man then makes an eerie prediction. He warns the surgeon that his entire family will slowly die. The film is quite unconventional in its theme and execution. The scenes are tight and extremely thrilling. Though the story is quite strange, the film deserves an attempt at watching because of its craft and creative thought.

This is a very underrated science fiction thriller. It follows the story of a father and son. The father realizes that his son has magical powers. What follows is how the duo tries to save their secret from the world and build on their relationship in the process. This is a movie with stunning performances and minimalist visual effects. The characters are well fleshed out and the film overall is absolutely engaging.

This is a film that cannot be explained. It has to be watched. It is the story of a divorced writer and his ex-wife. It takes you through the manuscript of the writer which he completes and sends his ex-wife to read. The story then takes off on an entirely unexpected turn and the film leaves many questions in the minds of the viewers which will take some time and thought to resolve. This is an absolutely intense film that did not get the attention it deserves.

This is yet another underrated film about a family. Told from the perspective of the young boy, it showcases incidents after he moves with his parents to Montana. His father loses his job and is forced to leave him and his mother to fend for themselves. What follows is how the mother tries to rebuild their lives and the mystery behind the father’s identity is slowly revealed in the end. The film is a deeply layered one with stunning performances.

This is a Mexican standoff story that is very exciting yet underrated. The film begins in the 1970s with a meet-up between IRA members and an arms dealer. What follows is a tale of betrayals, backstabbing, and violence. The film is racy and very tightly made. But the violence may not be for everyone, so tread carefully. If you like gangster thrillers, this is a film you must give a shot. It is very well filmed and the performances are also quite amazing.

This is the story of a female agent who is betrayed by her employers and targeted for assassination. This sets her on the run for her life, but it is also on her to gather intel and unravel a conspiracy before it’s too late. The film has stunning action sequences and an overall intrigue that is very solidly preserved till the end. The amazing depth of characters and mood that the film maintains makes it a watch that is worth the time.

This is a fun story about a family of men who have the power to go back in time and change the course of things. The story focuses on the young man from the family who marries the love of his life. Hiding his true powers from everyone else, he navigates through life and his relationships to make sure that distressing events are corrected with his powers. But each change in the event is with a consequence, and hence, the film is a very intriguing watch.

This is yet another weird movie that you will have to watch and see to decide on. It is the story of a mute bartender who is searching for the woman he loves. She has mysteriously disappeared and he keeps his vigil on, actively trying to trace her and find out what happened to her. The film is quite strange in its execution and may not offer a fully happy picture of the future. But it is worth giving a shot for the way it is crafted.

This is a suspense-filled film that is quite difficult to forget once you watch it. It is the story of a farmer at the end of his life writing a full confession of a crime. Told mostly on flashbacks, the film is about an unforgivable event that has so far been hidden in the mind of the protagonist. It is backed by great performances and beautiful cinematography. It is a film that is quite an experience. For the quality of the film, it is surprising that it remains so underrated.