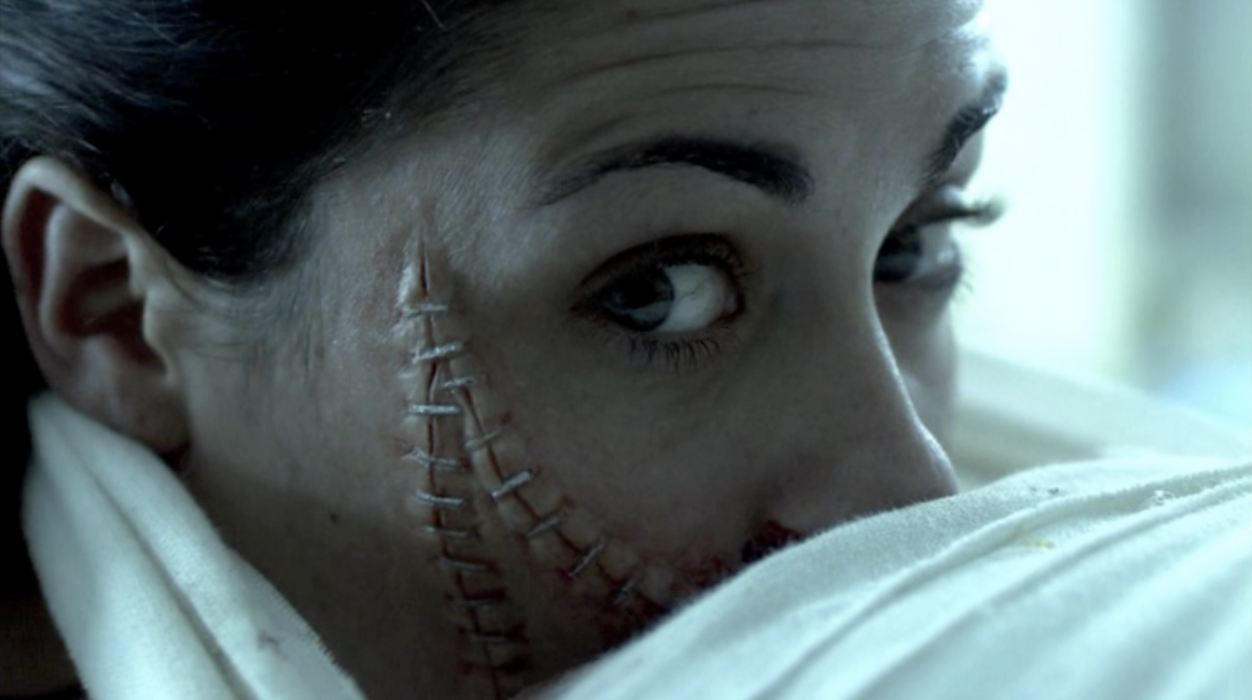 10 Gruesome Movies That Are Too Horrifying To Watch

What seemed like a ‘normal’ family is the last member of a cannibalistic tribe. The movie is filled with gruesome cannibalism and sexual assault performed by a child, this movie is sure to make you disturbed. However, it is noteworthy that such a horror movie has some strong statements about misogyny and the people who are constantly normalizing it.

We all know this one. The infamous horror movie revolves around a sadistic experiment in which a crazy scientist sews 3 victims together, mouth-to-anus. If that doesn’t sound disturbing enough, wait till you watch one of the victims start to have a bowel movement. You will have a tough time finishing this movie and enough reasons to watch it never again.

The Girl Next Door

You will be surprised to know that this movie is actually based on real events. A young woman who is staying at her own residence is tortured sexually, physically, and mentally. With some really horrifying scenes including sexually assaulting a coke bottle and children torturing one another, you will surely not think about watching this one twice.

This will be the most depressing movie that you will ever see. From the haunting images of children with special needs to a particular one who walks around with a sack over his head, The Orphanage has enough spooks to give you the chills for the rest of the day. . The movie is dark, both in the subject it handles and also in its making. However, you cannot ignore its Gothic-like beauty.

Have you heard the classic legend about a woman who has teeth in her vagina? As absurd it may sound, this dark comedy somehow managed to become one of the most disturbing nightmares for men. Watch how a woman has to deal with the vagina dentata myth as she goes through some grizzly encounters.

Stephen King’s novels are known for their horror elements. However, one particular movie adaptation levels up the scare factor further to a disturbing state. When a strange mist takes over their town, a group of townsfolk takes refuge in a grocery store. With a brilliant and controversial ending, you will not be looking to watch the movie again.

Here is a gag-inducing tale in which an outcast teenager is obsessed with blood and surgery. This leads to some of the most gruesome scenes on screen, particularly the one including menstrual blood. However, if you managed to make it to the ending of the film without turning it off or looking away, then you are sure to get a final kick in the gut.

Funny Games is a psychological crime thriller that is a remake of the 1997 film of the same name. The movie is about a middle-class family who comes across two psychologically disturbed teenagers on their vacation. The family is captured and brutally tortured to a gruesome level. The director intended the movie to be a criticism of on-screen violence used in the media. However, the movie turns out to be more disturbing than most of the others.