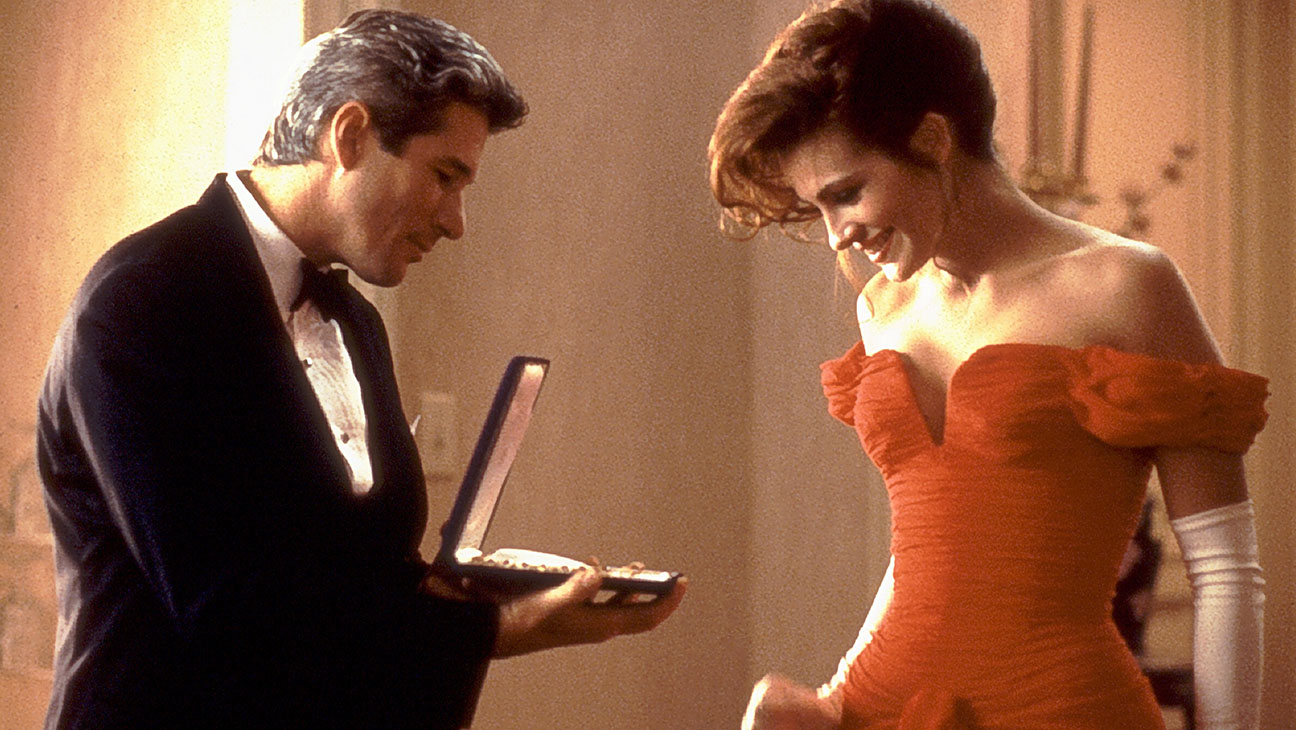 10 Greatest Romantic Comedies Of All Time

We all love to see two different people from different worlds finding each other randomly and overcoming all odds to fall in love to live happily ever after. Rom-com have been selling us this idea for ages and we still love watching them. Here are some of the greatest romantic comedies of all time that you will surely enjoy watching.

The rosy patina on sex work and the stink of white male privilege cannot be undone, but Julia Roberts’ breakthrough performance remains undeniably stunning. It would be a big mistake (huge!) to dismiss the then-21-year-old actress as just a cog in an anti-feminist fairy tale based on her exuberance and vulnerability. Garry Marshall clearly saw Roberts’ Vivian as the real Prince Charming here: The weary tycoon is constantly reminding his special lady friend to stop fidgeting while she is constantly reminding him that money cannot buy everything. We are rooting for their connection to outlast six days, a lousy $3,000, and that spoony Roxette song.

An unemployable New York actor, Michael Dorsey, is played by infamous perfectionist Dustin Hoffman. As a result of desperation, he dresses up as a woman to land a job on a soap opera, which is complicated when he falls for Julie (Jessica Lange) and has to maintain the ruse. With an ensemble cast that includes director Sydney Pollack (as an exasperated agent), Teri Garr, and Bill Murray, it’s a very grownup romance about gender roles in 1982 and letting your guard down.

Paul Thomas Anderson decides to make … an Adam Sandler comedy. Perhaps you thought the end result would be an unholy cross between Billy Madison and Boogie Nights. What you got instead was one of the sweetest, most romantic (and rage-filled) movies either man has ever made. Sandler, a plunger salesman, stalks around in a blue suit, causing his sisters annoyance. However, he finds a woman (Emily Watson) who recognizes his childlike sweetness. He’s an eccentric with anger management issues and an obsession with a pudding promotion, while she’s a wallflower who’s frightened of him. Yet Punch-Drunk Love not only finds humor in this match, it also puts them on their own love-struck wavelength.

Could Tony Soprano make a good romantic lead? Nicole Holofcener transformed James Gandolfini into a different character with her deeply moving film, which stars Julia Louis-Dreyfus as a massage therapist who finds out her new client (Catherine Keener) is him. Her soft touch lets even the spikiest material feel lived-in and comfortable, and Enough Said might be her coziest film yet. It’s not very often that we get a rom-com starring middle-aged characters, and Holofcener captures the soft side of Gandolfini in this really sweet film.

This is a story of a down-on-his-luck sports agent (Tom Cruise) desperately clinging to the only loyal people in his life – his client (Cuba Gooding Jr.) and employee/love interest (Renée Zellweger). Cameron Crowe once again plumbs the depths of the human psyche for all its damage and worth. Jerry, a big shot with a sudden case of conscience, treats everyone else as an extra. He’s needy, opportunistic … and everything human. And then there’s the Speech – you know, “you complete me.”. It’s a classic rom-com Hail-Mary soliloquy. To be honest, everybody – including Regina King, who was then underappreciated – had us at hello.

Is the modern romantic comedy even possible without Hugh Grant? Four Weddings and a Funeral redefined the “charming British suitor” type, replacing the old-fashioned suave sophistication with humanity. With a little help from their star, screenwriter Richard Curtis and director Mike Newell produced a surprise box-office hit featuring a group of well-to-do, thirtysomething English Folk facing the seriousness of life. As Grant’s stammering nice guy weighs his many romantic options, should he choose Andie MacDowell or Kristin Scott Thomas? Before the final credits, was there any doubt as to who he would choose? – his quest for love doubles as the tale of an overgrown schoolboy growing up.

Melanie Griffith has never been better than in Mike Nichols’ “fake it ’til you make it” tale about Staten Island secretary Tess McGill. Her snooty boss, Katharine (Sigourney Weaver), steals her big idea, then breaks her leg skiing. It captures the culture of Eighties Wall Street in exacting detail, from secretaries commuting in sneakers to debauched office behavior. A genuinely sexy film that only gets sexier as Tess puts on an air of cool confidence to pursue the career and the man she deserves – Harrison Ford in his prime as big-shot mergers-and-acquisitions exec Jack.

When a square guy meets a free-spirited girl, it’s always a rom-com home run, right? In this Jonathan Demme film, Jeff Daniels’ uptight banker meets Melanie Griffith’s exotic rebel after trying a dine-and-dash. Her dream bohemian not only recognizes a guy who’s ready to unwind, but also convinces him to play the role of a respectable type at her high-school reunion. Their road trip gets considerably crazier when her psychotic ex-boyfriend (Ray Liotta) shows up. Despite the film’s darker turns, the chemistry between Daniels and Griffith keeps things going. We wish Demme and his duo made more films together.

The Princess Bride is a favorite shorthand for heart-fluttering romance among Eighties kids. Rob Reiner created a masterpiece that has it all: high fantasy, wry comedy, kick-ass swordfights, clever political commentary, and, of course, sigh-inducing true love.  Our hearts are pumping for our desperate lovers, Buttercup (Robin Wright) and pirate Westley (Cary Elwes) as they walk from the Cliffs of Insanity to the Fire Swamp, and we smile at the knowingly silly details of the story. The kissing parts of this story are most certainly not gross like those of the ailing grandson (Fred Savage) in the framing story.

Due to the dark cloud hovering over the writer-director-star, it’s hard now to fully appreciate what is so poignant, hilarious, hip and thoughtful about this unlikely Best Picture-winner that radically modernized the romantic comedy. A neurotic comic (Allen) and an aspiring singer (Diane Keaton) fall in love, fall out of love, drift apart, realize that their passion will eventually dissolve into an enduring, distant fondness (if they’re lucky). A unique portrayal of attraction, Annie Hall is carried by Keaton’s flawless performance as a budding artist who eventually discovers that her self-esteem does not depend on the approval of an insecure man.