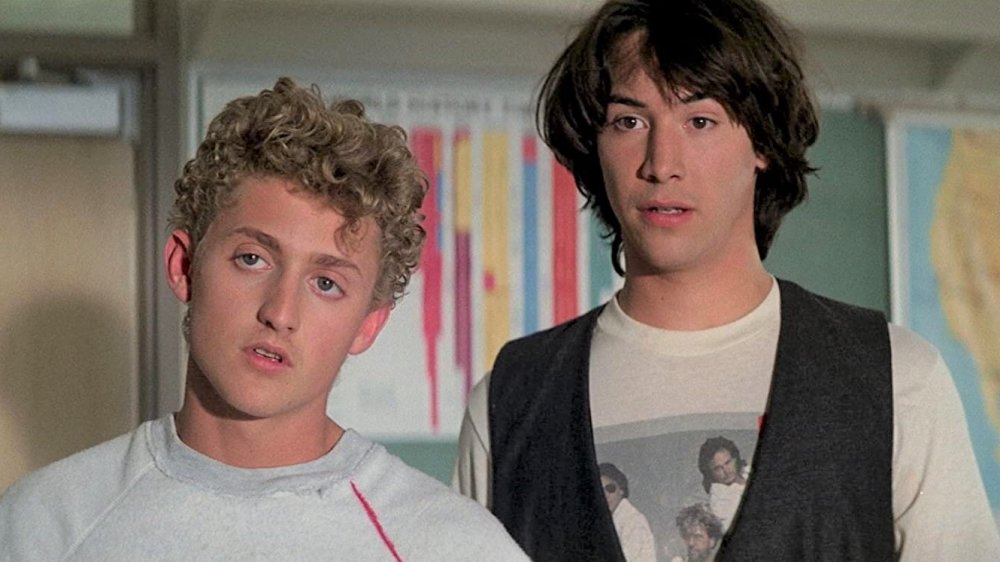 10 Great Bromances That Are Worth Watching

There is no code that is greater than the bro-code, right guys?! Here are some amazing bromances that bring out the fun, frolic, and depths of the love between bros:

This is a fun, exciting film about two men who hate each other at the onset. Then they become bros and go on a journey of adventure. It shows how bromances work, including some objectification of women, which is now not that acceptable. But it can be seen as representative of how men look at women and what they speak of in general when they get together.

2. The Fox And The Hound

This is a friendship that not only defies society but nature itself. A fox named and a hunting dog meet when they’re too young and naïve to know that they’re destined to become enemies. The film is an animated one with a bromance that is sweet and absolutely insightful. It draws together an enviable friendship and has lessons for us to learn from.

This is a story of a high-school bromance. For those who don’t fit a very clearly defined blueprint for popularity, it can seem like a constant parade of humiliation. But friendship saves you from that phase and when you are forced to part with that friend, it is the most difficult thing. Complete with all the awkward, embarrassing scenarios that are bound to situationally arise in such a case, the film presents a lovely bromance that is exciting and very moving to watch.

If you got a buddy like Tim Robbins or Morgan Freeman to keep you company, anything becomes bearable, even a couple of decades in prison. This bromance is one that sticks through loneliness, isolation, war and an extremely difficult time in life. It is an iconic film in itself, and the bromance aspect only adds to the layers of the story.

This is one of the most badass bromances ever. It is one of the best buddy cop movies about a grizzled veteran who is a loving family man, and the seriously unhinged, suicidal loner still reeling from the death of his wife. There is spellbinding action, depth, and a lot of sophistication in the film. It also explores the many layers of the relationship between the bros, making it a thrilling and moving watch.

This is a story about a friendship between a guy and his dealer. It shows that such an equation can be a good thing, despite a few pitfalls. Dale, the dealer is the one more reluctant to befriend Saul, the stoner, but they both go on the run after Dale witnesses Saul’s supplier commit murder. This is a twisted tale but the bromance at its heart is unforgettable and absolutely well written.

This is the story of a dynamic duo who are so thick that when there is a possibility that they might be permanently divided, they use time travel to keep them together and ensure that the beautiful music they will make together ushers in the world. This is a very unconventional bromance which is absolutely entertaining and layered. It is a breath of fresh air in the genre and definitely a delight to watch.

The male friendship between Colin Firth’s King George VI and Geoffrey Rush’s speech therapist Lionel Logue not only proves essential to the making of a monarch, but it also comes crucial to the future of a nation and a world when it goes to war. Based on a true story, this is a film that showcases a bromance that is quite unlike anything else. It is a rich, deep, lovely film to watch for the relationship between these two characters.

This is a film that sets the standard for bromance in films. It tells the story of two very different but very close pals who find that their friendship is put to the ultimate test when they are somehow forced to share a living space. Odd as it sounds, such proximity puts roadblocks in their equation and the story follows how they navigate it. This is a fun, beautiful film about male friendship.

This is an epic bromance. Literally! The franchise offers various kinds of bromances from Merry and Pippin, Pippin and Gandalf, Legolas and Gimli, Legolas and Aragorn, to pretty much everybody. These are friendships so epic; they built a franchise too big to be forgotten. The films have many characters who bring out the true boons of bromances and captivate you with their emotional layers, making this fantasy story seem very real.