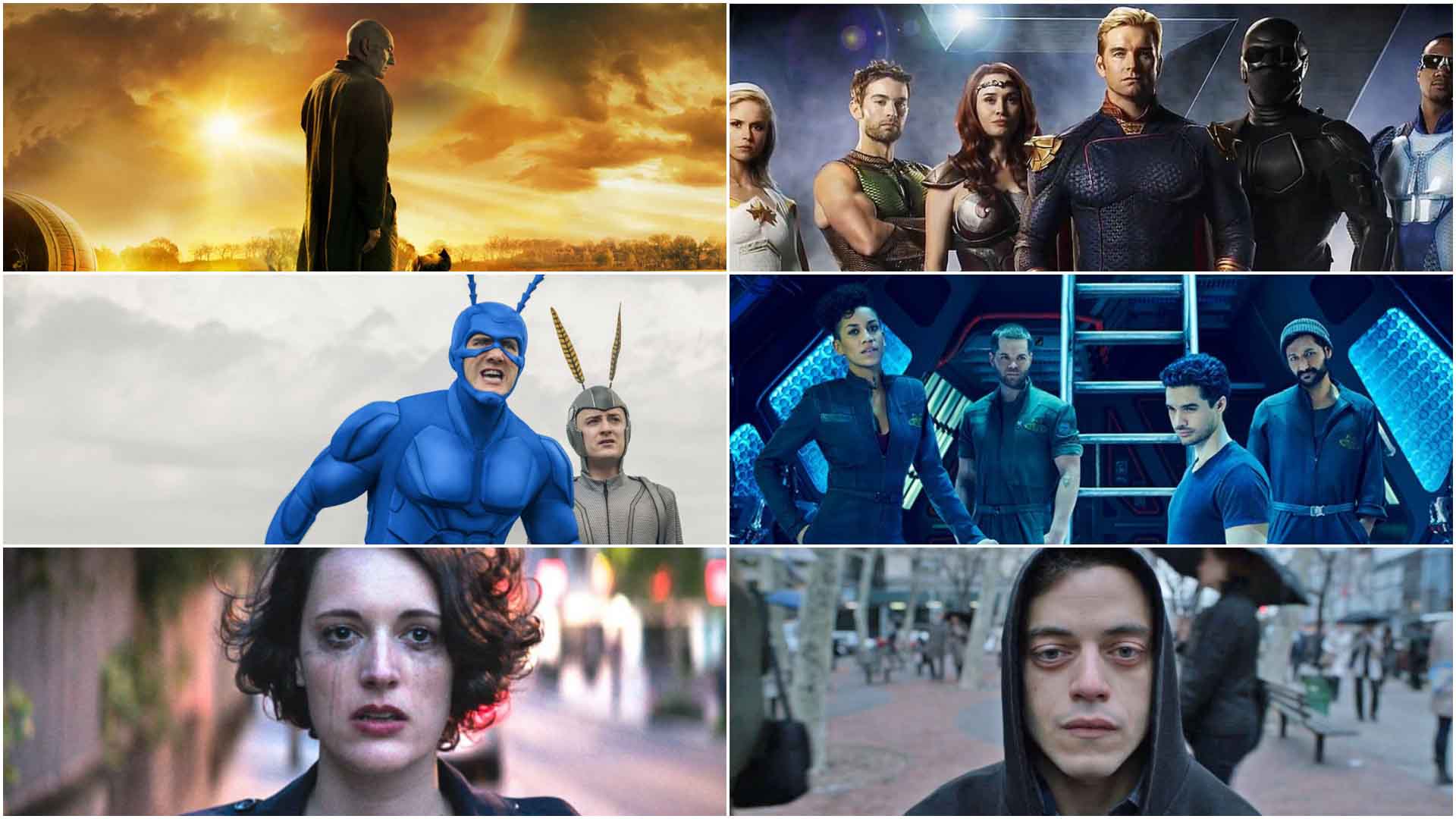 The golden age of TV shows is upon us and streaming platforms like Amazon Prime Video are filling our screens with more and more awesome content. The OTT platform has a huge lineup of downright excellent shows which includes all of HBO’s back catalogue. Here is the list of the best TV shows available for you to stream on Amazon Prime.

A recent addition to the Amazon Originals list, this new show is more of a sci-fi version of a The Good Place. The year is 2033 and people who are nearing their death can opt to be “uploaded” into virtual reality hotels managed by six tech firms. Though it may sound more like a plot for a sci-fi thriller, this is more a fun ride, filled with romance and comedy.

Here is another Amazon Original with a good rating (🍅96% ). The Crime drama tells the story about a con man who took the identity of his prison cellmate, Pete, to escape from a vicious gangster. However, he did not expect to end up with the dysfunctional, estranged family of the real Pete. Now, he has to escape from an even more dangerous world than what he was running away from.

From HBO, Band of Brothers chronicles the experiences of elite rifle company parachuting into Normandy early on D-Day morning during the Battle of the Bulge. Drawn on interviews with survivors of Easy Company, as well as their journals and letters, the mini-series brilliantly portrays the extraordinary bravery that these men showed as they had no choice but to witness some of the most gruesome horrors of war.

Click here to find movies similar to Band of Brothers >>

One thing we can promise is that this high-energy retro romp is not going to disappoint you. Mrs. Maisel, a.k.a. Midge used to be the brains and beauty behind her husband’s successful comedic aspirations. When he dumped her and their two little children, she decides to become a comedian herself.

Aziraphale is an angel, and Crowley is a demon. Both are never meant to work together. However, when they realize that the Armageddon is upon the world, they join hands to find the Antichrist and stop it before it ever happens.

Superheroes are meant to save our lives. What if these superhuman beings become corrupted?! The Boys will tell you exactly that. When the people who are meant to save us, turn against us, a group of vigilantes known informally as “The Boys” set out to take them down. However, defeating these all-powerful humans is not that easy.

Click here to find movies similar to The Boys >>

Based on characters and elements appearing in Thomas Harris’ novels Red Dragon, Hannibal, and Hannibal Rising, this American psychological horror-thriller television series is about the relationship between FBI special investigator Will Graham and forensic psychiatrist Dr. Hannibal Lecter.

Fleabag is a raw, honest, and bad-girl comedy of a young single woman’s life in London. The British-comedy has no filter and is never shy in depicting how the angry, grief-riddled woman attempts to heal while rejecting all those who try to help her.

Fan of Office?! Then you will surely love this show from the same creators. Leslie Knope is a mid-level bureaucrat in the Parks and Recreation Department of Pawnee, Indiana. She is constantly trying to make her quintessentially American town into a little bit more fun.

Click here to find movies similar to Parks And Recreation>>

If you are a fan of dark psychological crime drama, here is one starring Idris Elba as the titular character Luther. As he is hunting down some of the most depraved murderers, he must also fight against the even more dangerous and terrible demons inside him.