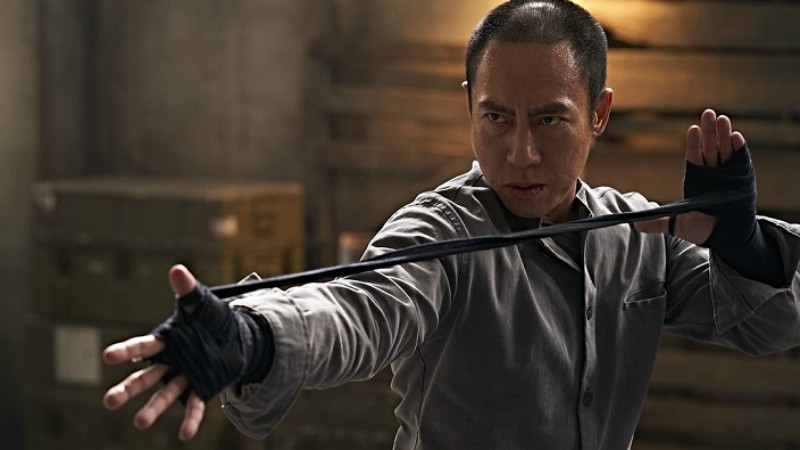 When you think about movies with a different personality in terms of themes, presentation, and moods, Korean cinema always takes the cake. Here are some of the best Korean films you can watch on Netflix:

This is a film that tells the story of a father who goes to a great extent for the safety of his children. The central character of the film is a security guard who comes to know that his daughter has gotten into trouble with a construction company over her business. He then drinks water from a special mountain spring which gives him the superhuman ability of telekinesis, and with this newfound power that he goes on to fight for his child. This is an absolutely engaging, intense film that is a must-watch.

If you are a lover of martial arts films this is for you. This is the story of a former police officer who is devasted after his family is brutally killed by criminals. He finds out that these criminals are presently locked up on a prison island, and thus he decides to get himself arrested and sent to the same prison. The film has several high-octane action scenes, and it is ab absolute treat for action lovers out there.

This film is based on a true story depicting the life of a drug kingpin. The film serves as an eye-opening account of the drug trade that went on in the 1970s in South Korea, where a supply line thrived between Busan and Japan. The story packs a lot of characters and storylines. It is a very engaging, exciting watch.

This is a film based on the Gwangju massacre of 1980, when an open fire was ordered on civilians. The narrative recounts the horrors of the incident in the midst of the victims, 26 years after the incident took place. This is a story of revenge and determination. It is also interesting because of its historic reference and details.

This is the story of a detective who, in a quest to bust the crime syndicates from within, gets arrested and lands up inside one of the most notorious prisons. He figures out that a crime lord inside the prison is giving the inmates directives to commit crimes and the prison authorities seem to turn a blind eye. What follows is how far he risks himself to out the nexus and fight for justice. The film is yet another example of stunning Korean film making and is quite a must-watch.

This is a very relatable story of a man who is worried about the conditions of the local nuclear power plant. Nobody seems to listen to his concerns but when an earthquake strikes, it severely damages the power plant and begins to spread panic. This is a story that is thrilling and also has many emotional moments about saving each other and sticking together against a disaster. The film will move you and also engage you throughout.

This is the story of a pig that has been genetically engineered to be of massive size and to produce pork of the finest quality. Many such pigs were distributed by a company all over the world to farmers, and the one which turned out to be the best of the lot is the pig called Okja. Now when the company takes Okja away, her owner, a little girl decides to follow them and rescue Okja. The film is very well written and is sentimental and brilliant, to say the least.

Based on true incidents, this film is set against the backdrop of the Korean War in the ’80s when the South Korean government started a program for non-resident Koreans to visit the country and learn a few things about their roots and the place where they actually belong to. The story focuses on four such residents who get to taste the first experience of their motherland. The film has many twists and turns and is a lovely watch which will not disappoint you.

This is a comedy-thriller murder mystery film about two old men – a moody homeowner and a washed-up detective – who are trying to solve a murder mystery from 30 years ago and catch a serial killer in the present who has been killing the elderly folk in a small town. The film takes enough time to set up the premise and characters and slowly builds on the thriller element. It is one of the most exciting, edgy thrillers you will watch.

This is a very interesting film about social classes and how people change with money. It follows a middle-class couple – a university professor with political ambitions and his art gallery curator wife – as they trade in their morals and ethics to get in with the exclusive rich people’s club. is a stylishly-made film with dramatic scenes that are supported well by great performances from the actors.