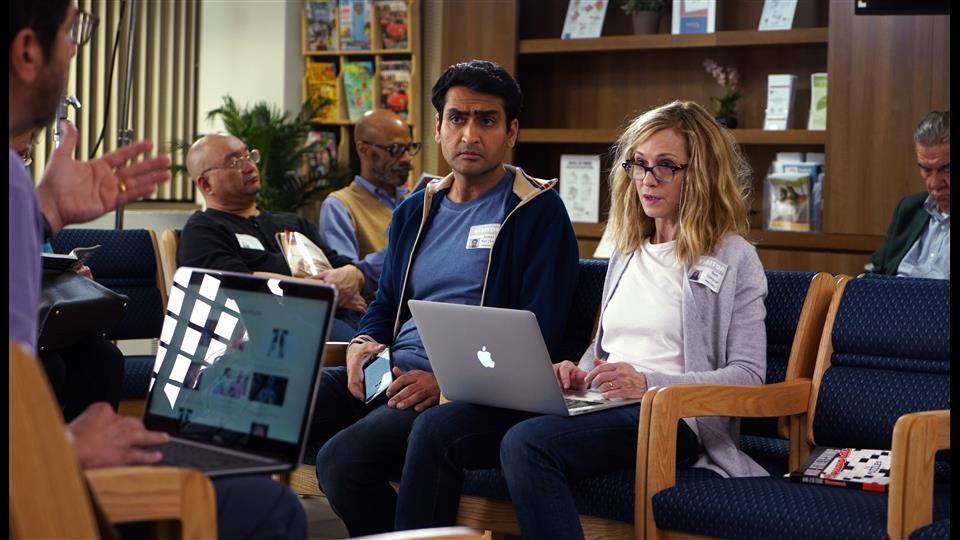 Comedy is what keeps all of us going. After a year as disturbing as 2020, we all have realized how necessary humor is for us. Here are some amazing comedies on Amazon Prime that you can watch:

This is a comedy about a Pakistani stand-up comedian who meets an American girl. The series packs witty scenes about how the cultural differences between the couple get them into problems. The girl soon falls into a coma and the man is left to work out a relationship with her hostile parents. This is a heart-warming, fun film that critiques relationships, religion and also reflects on the potential of human kindness.

This is a bold comedy about a young playwright who becomes obsessed with a friend after his mother dies. This is a comic yet very layered representation of how people try hard to move on and build new relationships after they have suffered a significant loss. This is one of the best pieces of writing where comedy, thrill, and reality are all balanced out perfectly. Watch this film for a novel experience.

This is a 1985 comedy film based on the board game of the same name. It features a wonderful, ensemble cast of brilliant actors like Eileen Brennan, Tim Curry, Madeline Kahn, and Christopher Lloyd. The film was no sign when it released, but over the years it has become a cult among comedies. It is a fun, engaging take on the dynamics of friends, the joy of winning, and everything that comes along with existing in a group of close-knit buddies.

This is the story of an eighth-grader who deals with self-confidence issues. She posts motivational content on social media but goes through an extreme crisis of self-esteem in her real life. Elsie Fisher gives a breakthrough performance as a young lady who is socially awkward and has no clue how to deal with those years of existence. All the rocky roads to completing teenage life are represented smartly and sharply in the film. Watch it for a unique experience of teenage comedy.

Fighting With My Family

This is the story of two children of parents who are wrestlers. They both desire to get into wrestling but only one of them actually makes it. The film tells a fun story of how the girl struggles with her family and the world to realize her dream of being a wrestler. It is paced well, the comic timing is absolutely on spot and it is an engaging watch with laughs at the right places. Watch this film for a unique take on dreams, goals, and family expectations.

This is a black comedy about the unlikely friendship between a young man and an old woman. The duo meets at a funeral and connects with each other. It is a kind of comedy that is dark, deep, sarcastic, and absolutely engaging. It is a great watch because of its comic nuance. The performances are bang on which makes this strange story utterly relatable. It is also rich with stunning visuals and music that increases the comic value.

This is the story of a newspaper doing one last story with his ex-wife. He finds out that she is engaged to a wealthy man and he gets involved in her life in a professional capacity. But his intentions are clearly not just personal. This is a witty film about how the man learns to deal with his relationship baggage while also trying to get his ex-wife back in his life. It is a classic tale of envy told in an extremely funny, layered manner.

This is a dark and daring comedy about an average Rhode Island man who has a revelation about his alter ego, Hank. He has a psychotic episode, revealing a darker second personality named Hank. Now he has to escort Irene to a place while he alter ego takes over his personality on and off. Jim Carrey shines through in one of his most sensational performances of all time. This is a fun film that also makes you think about whatever goes on in the subconscious mind. It is funny to see how the man approaches his own alter ego and how he uses it to laugh at his own life.

The Opposite of Sex

This is a typical, fun comedy film about a teenage girl who is pregnant and has just lost her stepfather. She runs away from home and moves in with her half-brother. She causes major confusion in her life and tries to get together with his partner. It is a film that packs situational, dark humor in all its glory. It is an entertaining watch for those of you who love some breezy, easy humor.

This is a story about three siblings who learn that adult life is way more complicated than they had anticipated. The film is a fun take on how the siblings make peace with the patriarch of the house once they get the news that he is dying. This is a really funny, striking film that will keep your laughter intact throughout. It is an age-old theme, but the narrative is fresh and funny. Watch it to cool off after a long work week.