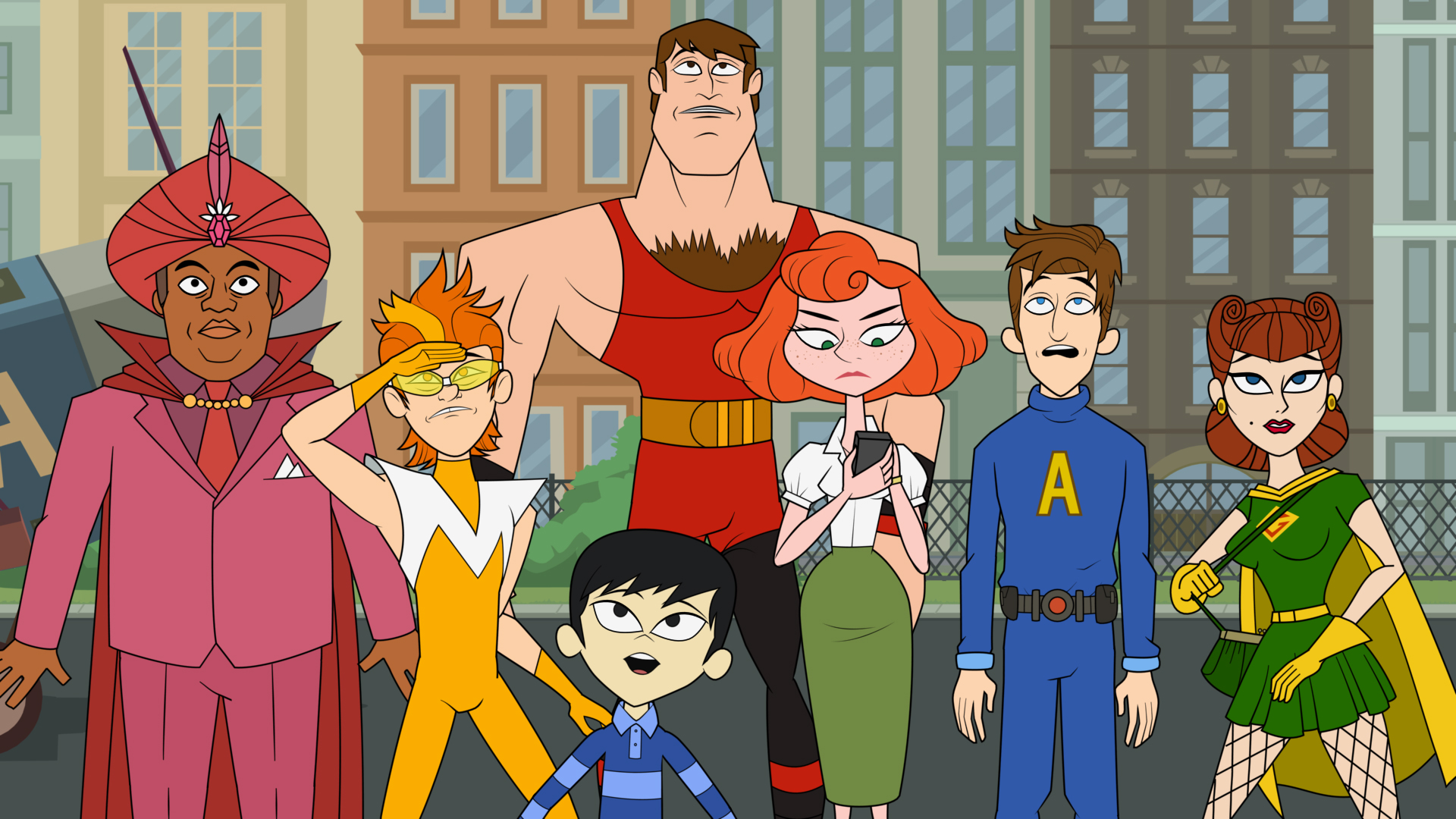 Looking for a world of fun, imagination, and escape? Here are some of the best-animated series on Hulu to transport you into another world:

This is a super fun series whose predominant personalities are the Warner brothers, Yakko and Wakko, and their sister, Dot. The three are inseparable. They are also naughty ones who have a great time creating havoc and mayhem in the lives of everyone they meet. The series is exciting and is also very well animated. It is something everyone will like and is told with a deep sense of imagination and intrigue.

This is an extremely sharp and funny satire of the James Bond universe. It is an absolutely engaging, layered, and really exciting series that deserves more attention than it got. It is a lovely watch if you like some action and some drama in your day. The visuals are executed with abundant creativity and they come through with a deep sense of finesse.

If you are a lover of dark and gritty drama along with your anime, this is your series to watch. There are some gruesome violence and body horror, which makes this more suited for an older audience. The story takes place in a world where human survivors live in walled cities in fear for their lives from mysterious Titans, humanoid beings. The only line of defense besides the walls themselves are teams of dedicated scouts and soldiers who do their best to protect the last vestiges of humans.

This is an amazing series worth your time and attention if you’re looking for an escape from the ordinary and a break from the same-old superhero story. It follows the title team of comic book-inspired superheroes led by the son of the greatest superhero of them all, Mr. Awesome, as they attempt to fill the sizable shoes of the heroes they’re replacing. The voiceovers are a treat to watch and hear. The series is super fun and something that will warm your heart.

This series features childlike wildness that leads to the inclusion of dinosaurs, robots, mermen, evil scientists, and a whole lot more. This is all kinds of whimsy that you will love to watch unfold. It is a lovely, detailed animated series that is so endearing that it is difficult to not watch it and be hooked. Watch this to indulge in a childlike fantasy that will shake up your day and make it warm.

There is no need to introduce Ben10. The animated series focuses on 10-year-old Ben Tennyson, who discovers an alien watch that grants him amazing powers. The series is a fun and popular one that is such a hit with kids that it has tonnes of merchandise in its name. It is something everyone loves, so no more descriptions. Sit back and watch, or re-watch!

This is a hilarious show about a struggling Southern family. It packs a lot of family-based humor and dynamics that are relatable and also very very difficult to stop getting hooked to. It is a full-on family drama that is beautifully animated. It unfolds with a sense of integrity and it also reflects a sort of deep value for feelings and commitments within a family.

Centered around a hamburger chef and his freak flag-flying family of oddballs, this series is packed to the brim with the delicious scene on food and family. The humor is natural and relatable. It is also a very interesting take on everything that goes on in a crazy family of complete mad heads who will stop at nothing to get what they want.

This is yet another dramatic, fun series about a family. It is so much fun that you will keep looking at the endearingly animated figures move and talk. The series reflects on deep thoughts through humor and also maintains its comic element throughout. It is a lovely watch and it will keep you really hooked for a long time.

This is one of the best sci-fi series on the internet. It ventures into time travel, far-space travel, universal apocalypses, invasions, and pretty much any and every sci-fi element in a storyline that you can think of. It is a joy ride for hardcore sci-fi lovers who have a thing for science, space, and inventions. The animation is done beautifully, and the voiceovers make the story very believable. It is a really exciting watch, one we think you should not miss.