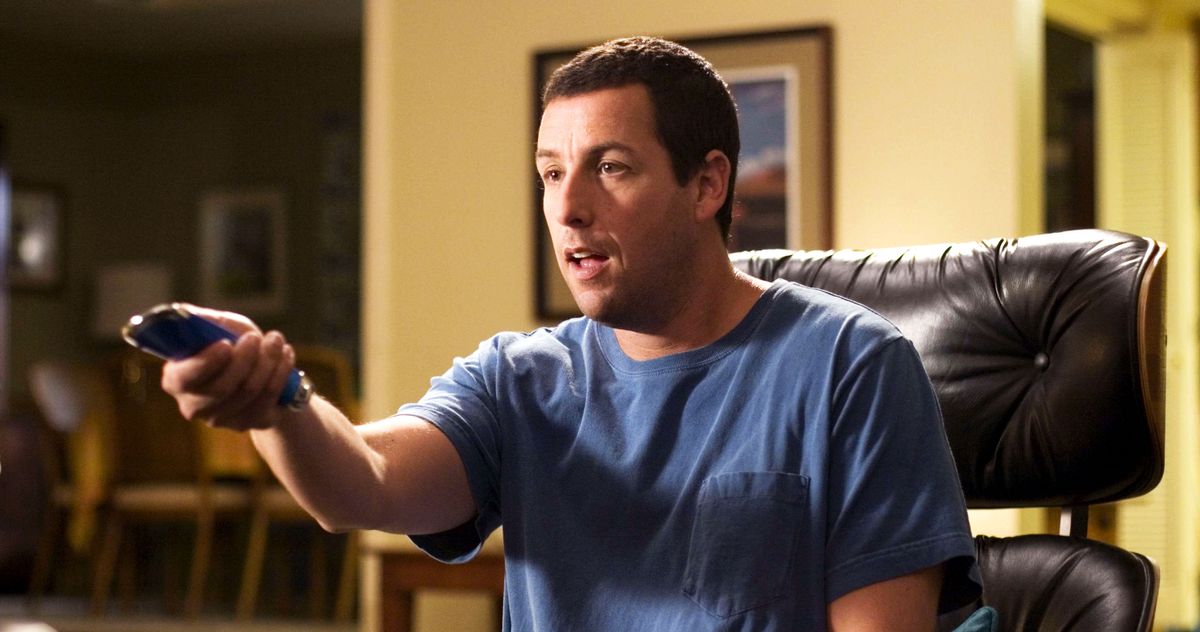 One of the best comedians and content creators of today, Adam Sandler is the most popular performer of our times. Here are some of his must-watch films that are now streaming on Netflix:

This is the story of Hubie who loves his hometown Salem. But he is not that well-loved or respected by his townsfolk. Humiliated and considered a dimwit, Hubie lives his life. But when the town is in danger as Halloween approaches, it is only Hubie who can save everyone. This is a film that has its heart in the right place and is sure to engage you if you are looking for something warm, simple, and feel-good to watch. As with any other Adam Sandler movie, this one also has its humor intact with all those laughs placed at the right points.

This is the story of a policeman who takes his wife on a vacation after many years of promising. When they board the flight, they become friends with a mysterious millionaire who invites them to a flashy yacht party. At the party, the millionaire is murdered and the two get entangled in the whole mess. This is again a funny dramatic film that is quintessentially Adam Sandler’s brand of comedy. It also stars Jennifer Anniston, the queen of comedy who does not fail to impress in this one also.

This is a film that has situational comedy at its best. It follows the life of a man who was raised by native-Americans. He figures out that 5 infamous outlaws are actually his brothers and the 6 of them set out on an adventure to save their deadbeat father. The film has humor, surprise, and some action. It is packed at a pace that is easy and can be watched to cool off after a long day. Adam Sandler brings out his usual, frothy sense of humor into the film and it is easily one of his laid-back performances that do the trick as always.

You Don’t Mess with Zohan

This is yet another Adam Sandler movie that will keep you hooked with its knotted storyline. It follows an Israeli Special Forces soldier, Zohan, who fakes his own death and travels to America. He leaves behind his old life to pursue his dream of becoming a hairstylist. Sounds unbelievable? That is exactly what makes this film spot on in its wit and ease of narration. It is a story of second chances and how the past is always something that is permanent and unchangeable.

This is a film that proves that Adam Sandler can handle serious roles with utmost commitment. It is the story of a jeweler in New York City with a serious gambling addiction. He finds a rare diamond and tries to maximize his profits by using quite a few complicated back door methods. The rush of a win, the thirst for luxury and the nexus involved in the business world are all showcased well in this film that packs intrigue, action, and thrill. Sander pulls off his character with believability and it is refreshing to see him in a role like this.

What would you do if you were given a remote that lets you change your life instantly? This film is about a frustrated, worn-out young man who is handed a magical remote that allows him to channel his life in ways that seem unimaginable. Sandler pulls off the workaholic, bored man with his usual charm and ease. The film is a fantasy comedy-drama that is very smooth to watch on a day when you need some feel-good humor in your life.

This comedy-drama follows the week of the marriage of a couple. The fathers of each of them are polar opposites and find it extremely hard to endure each other for the whole week. The film is a fun, breezy take on family, relationships, and love. It has all the elements you would expect in an Adam Sandler movie. It is easy, relaxed, and extremely witty in its storytelling pattern. It is also one of Sandler’s good performances in recent years.

This is a fun story of two buddies who meet up at their 25th school reunion. They are both fed up with their current lives and decide to reimagine their lives ahead. They fake their own deaths and pretend to be new people and start new adventures from scratch. But soon, they figure out that pretending to be other people is harder than they imagined. With every step, they encounter problems after problems that not only upset them but also put their whole lives at stake.

Just Go With It

This is a film about an unhappy doctor who pretends to have a difficult family life to go out on new dates every week. When he lands a young attractive woman who he wants to keep seeing, he must put together a pretend-family to convince her that he is married and unhappy. This is a classic Adam Sandler kind of comedy that is feel-good, exciting, and extremely witty. It also stars Jennifer Anniston who aces her role and compliments Sandler as always with her presence. This is a film that can be a great movie night watch with some nice food to binge on.

The is a sports comedy-drama that follows a man who loves to swim. An innate trait for sports makes him a member of a college football team and his life gets entangled between the game, his overbearing mother, his supposedly dead father, and a former love interest re-surfacing. This is again a film that is an easy watch with some situational humor that saves a bad day. Sandler is his usual charming, witty self and he brings forth very casual ease to the character. It is a film you can put on and immerse in when you want some time to cool off a hectic day.