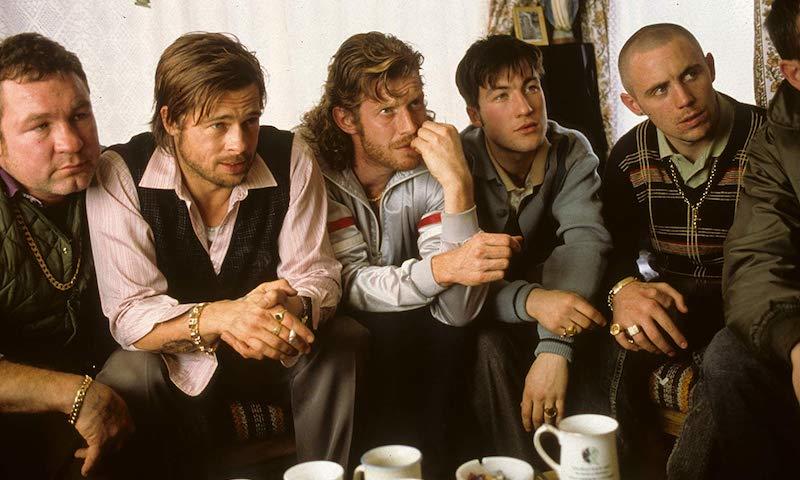 10 Awesome Movies That Will Keep You Entertained

We are not new to aimlessly scrolling through our streaming platform trying to find something good to watch. It’s like fighting boredom with boredom. However, we have just the right dose of flicks to make you not worry about boredom no more. From heart-warming romantic comedies to fast-paced thrillers to cult classics we have gathered some awesome movies that everyone should see at least once.

Go get your glass of wine and settle in for the evening.  Because here are our pick of awesome movies to watch when you’re bored.

This one is an anthology that follows six stories for a duration of two hours. With Western revisionism at the heart of the film, the Coen brothers play up almost every element that forms a part of conventional cinema in a few handpicked genres – Gothic mysteries, romance, and slapstick comedy. Amidst abundant violence and killings, the film gallops across the canvas of western legends. A rather intelligently chronicled account highlighting the nihilistic stains in the fabric of civilizational history.

Made in his iconic film making style, this crime comedy from Guy Ritchie is a fun British jaunt starring Brad Pitt and Jason Statham. While one part of the plot follows the diamond thief Benicio del Toro, the other part is about the small-time boxing promoter played by Statham. del Toro is looking to sell his stolen goods to some double-crossing gangsters. On the other hand, Statham is on the run from a ruthless drug lord who loves to torture.

C.C. Baxter decides to play wingman to his philandering office superiors by lending them his apartment for their illicit affairs just to get into their good books. His trade-off seems fair until he finds out that his crush has an affair with his boss and that is just the beginning of Baxter’s miserable yet humorous romantic tragedy.

Produced and written by none other than M. Night Shyamalan, this movie has one hell of a twisted ending. The flick is about a group of people stuck in an elevator together. Soon, they start dying one by one and it becomes obvious that one among them is behind all this. The movie ends with a shocking reveal of who really is the devil among them.

A ghost couple is disturbed by the fact that their home is haunted by a conceited human family. Quite a reversal of roles from the traditional premise of horror movies, this forms the basis for the humorous tale. Beetlejuice ( Michael Keaton) is the star of the show who is hired by the couple to free themselves from the wrath of the humans. Directed by Tim Burton, the spooky horror is carried substantially by Keaton with his manic performance until the very end.

The king of comedy, Eddie Murphy is an executive at an advertising firm and leads a highly exciting life as a professional and a philanderer. This is until his new female boss (Robin Givens) with a similar personality only amplified in magnitude gives him a taste of his own medicine and there begins his comeuppance. Set in the backdrop of a misogynistic culture of corporate, the filmmaker conveys the message of love and Karma in the vein of what can be viewed as a sophisticated parody.

Oh, wait! Does the plot sound familiar to you? It is because this movie is everything 50 Shades of Grey tried to be- even down to the protagonist with ‘Grey’ as the second name.